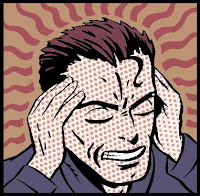 from danger room: Of all the crazy, bizarre less-lethal weapons that have been proposed, the use of microwaves to target the human mind remains the most disturbing. The question has always been: is this anything more than urban myth? We may not have the final answer to this question, but a newly declassified Pentagon report, Bioeffects of Selected Non-Lethal Weapons

(4.1mb PDF), obtained by a private citizen under the Freedom of Information Act, provides some fascinating tidbits on a variety of exotic weapons ideas.

from bbc: Obesity needs to be tackled in the same way as climate change, a top nutritional scientist has said. The chairman of the International Obesity Taskforce wants world leaders to agree a global pact to ensure that everyone is fed healthy food. Professor Philip James said the challenge of obesity was so great that action was needed now, even without clear evidence of the best options.

from press tv: The mastermind of the US Cold War policies, former US Secretary of State George Shultz says he believes nuclear weapons are 'immoral'. "They are all wrong," 87-year-old George Shultz, architect of the Ronald Reagan administration's foreign policy, said in a recent interview.