military waste in our drinking water 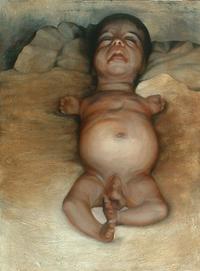 from alternet: Most of us are vaguely aware that war devastates the environment abroad. The Vietnamese Red Cross counts 150,000 children whose birth defects were caused by their parents’ exposure to Agent Orange. Cancer rates in Iraq are soaring as a result of depleted uranium left from the Gulf War. But what about closer to home?

Today the U.S. military generates over one-third of our nation’s toxic waste, which it disposes of very poorly. The military is one of the most widespread violators of environmental laws. People made ill by this toxic waste are, in effect, victims of war. But they are rarely acknowledged as such…

In 2003, when the Defense Department sought (and later received) exemptions from America’s main environmental laws, the irony dawned on us. The military was given license to pollute air and water, dispose of used munitions, and endanger wildlife with impunity. The Defense Department is willing to poison the very citizens it is supposed to protect in the cause of national security.

‘Depleted Uranium’ (2003). Oil painting by Sunaura Taylor. You can see more of Sunuara’s work at sunnytaylor.org.