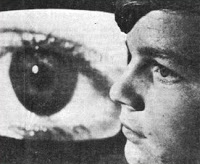 from danger room: For two decades or more, the CIA and the military allegedly plied the unwitting with acid, weed, and dozens of psychoactive drugs, in a series of zany (and sometimes dangerous) mind-control experiments. Now, the Vietnam Veterans of America are suing the agency and the Pentagon for perceived abuses suffered under the so-called "MK-ULTRA" and other projects.

Six veterans are suffering from all kinds of ailments tied to this "diabolical and secret testing program," according to a statement from the vets' lawyers, passed on to SpyTalk's Jeff Stein.

The experiments allegedly included "the use of troops to test nerve gas, psychochemicals, and thousands of other toxic chemical or biological substances, and ... the insertion of septal implants in the brains of subjects in ... mind control experiments that went awry, leaving many civilian and military subjects with permanent disabilities." Subjects were tested without their consent, the veterans say. And when the trials were over, the government failed to "provide health care or compensation."

In a book published last year, former military psychiatrist James Ketchum describes an Army project - separate from the CIA's efforts - that took place at Edgewood Arsenal in Maryland. There, he saw test subjects "carry on conversations with various invisible people for as long as 2-3 days." Others "salute latrines" and attempt to "revive a gas mask" that they mistake for a woman.

The feds insist that MK-ULTRA ended, when it was exposed during Congressional hearings. But interest in chemical mind-control lives along, in some corners of the military-intelligence community. In a 2003 memo, then-Justice Department lawyer John C. Yoo suggesting that interrogation drugs could be used if their effects were not permanent or profound. Since then, evidence has accumulated that some detainees may have been drugged. "It's coming back," retired Colonel John Alexander told Sharon. 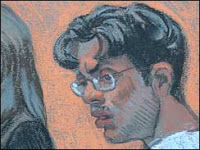 Sadequee’s family leveled the accusations after a court hearing in which Sadequee pleaded not guilty to a recently returned, amended federal indictment.

Sadequee and former Georgia Tech student Syed Haris Ahmed are being held without bond on charges they conspired to provide material support to terrorists.

At Monday’s hearing, Sadequee asked U.S. Magistrate Judge Gerrylin Brill for an “exorcist” to free the “demons” placed in his head by authorities.

Appearing in prison garb, canvas slip-ons, a long beard and an off-white knit cap, Sadequee took the unusual step of speaking for himself in court.

He told Brill that he had been subjected to psychological abuse at the federal penitentiary where he is being held. He accused Ahmed, who also has pleaded not guilty, of being a confidential informant.