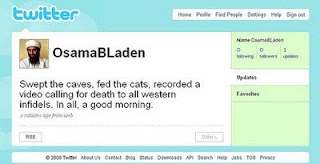 from antifascist-calling: Social networking sites and applications such as Facebook, Twitter and their competitors can facilitate communication and information sharing amongst diverse groups and individuals is by now a cliché.

It should come as no surprise then, that the secret state and the capitalist grifters whom they serve, have zeroed-in on the explosive growth of these technologies. One can be certain however, securocrats aren't tweeting their restaurant preferences or finalizing plans for after work drinks.

No, researchers on both sides of the Atlantic are busy as proverbial bees building a "total information" surveillance system, one that will, so they hope, provide police and security agencies with what they euphemistically call "actionable intelligence." ...

In this context, the whistleblowing web site Wikileaks published a remarkable document October 4 by the INDECT Consortium, the Intelligence Information System Supporting Observation, Searching and Detection for Security of Citizens in Urban Environment.

Hardly a catchy acronym, but simply put INDECT is working to put a human face on the billions of emails, text messages, tweets and blog posts that transit cyberspace every day; perhaps your face.