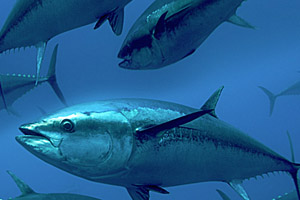 from oregonstate.edu: Albacore tuna caught off the Oregon shore after the Fukushima Daiichi power station in Japan was destroyed in a 2011 earthquake had slightly elevated levels of radioactivity but the increase has been minute, according to a newly published study. In fact, you would have to consume more than 700,000 pounds of the fish with the highest radioactive level – just to match the amount of radiation the average person is annually exposed to in everyday life through cosmic rays, the air, the ground, X-rays and other sources, the authors say.