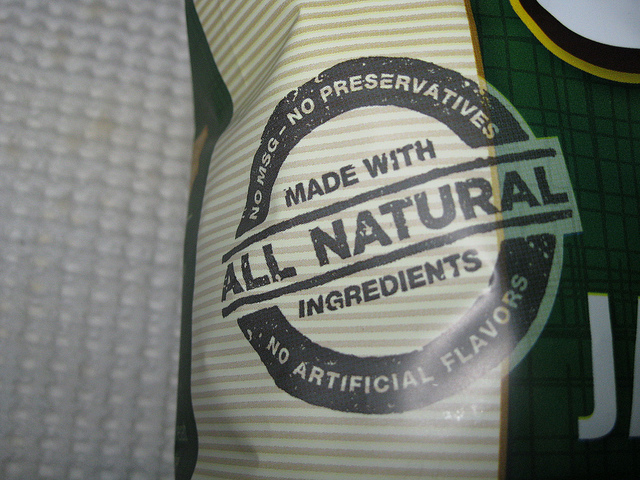 from enn.com: The only thing natural about the "natural" label is that such branding, naturally, often confuses consumers. But such misleading terms such as "natural" and "healthy" could soon become history, or at the very least score a makeover. Large food companies have hijacked such terms with dubious results—and never mind the fact "natural" is a loaded term. Is a food product only "natural" if it still has dirt on it after being yanked out of the ground? Is it still natural if ingredients, from whole wheat flour to goji berries to flax seeds, are pulverized, brominated, pasteurized and homogenized?

This labeling mayhem could change if The Food Labeling Modernization Act of 2013 becomes law. Congressman Frank Pallone, Jr. (D-NJ) and Congresswoman Rosa DeLauro (D-CT) introduced the new legislation at a press conference on Capitol Hill yesterday. If passed, the law would revise the Food, Drug and Cosmetic Act of 1938 and force companies to become more transparent about their ingredients.

So what could change?

Well, watch for the term "natural" to disappear from packaging. If a food product contains any artificial ingredient, color or flavor, the use of "natural" on packaging would be prohibited. The same goes for any ingredient synthesized but has the same chemical structure as what occurs in nature. Chemical additives such as high fructose syrup, maltodextrin and cocoa processed with alkali would also force companies to nix the natural label. Manufacturers of smoked, pickled and fermented foods, however, would still be able to use "natural" on their packaging as long as the other new requirements were followed.

Watch for the "healthy" label to also decline in use if the law passes. In the case of wheat-based products, the food would not be considered "healthy" if less than half of its weight came from whole grains.