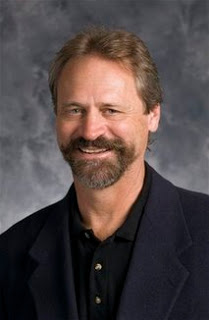 wesleyan shooter's notebook:
'i think it okay to kill jews & go on killing spree at this school'

from ap: A professor wanted for killing his wife and two other people at a community theater two weeks ago was found dead in the north Georgia woods Saturday, his body covered in brush and dirt, officials said. Two guns were found with the body of marketing professor George Zinkhan, who vanished after the April 25 shootings near the University of Georgia, said Athens-Clarke County Police Chief Joseph Lumpkin. The guns matched those described by witnesses to the shootings, though police did not say how they believe Zinkhan died. Authorities hoped to have a cause of death by the end of Saturday.

US sailor shot at fifth fleet headquarters
from dpa: A US Navy sailor was injured early Saturday by a gunshot at the US Navy's Fifth Fleet Command headquarters in Manama, Bahrain. The sailor, aged 19, was said to be in a stable condition after he suffered a wound to the neck. He was rushed to a local hospital, but US authorities declined to reveal how the incident occurred. "A US Marine is in stable condition following an accidental discharge of a small firearm weapon at the base," base spokesman Lieutenant Nathan Christensen said. 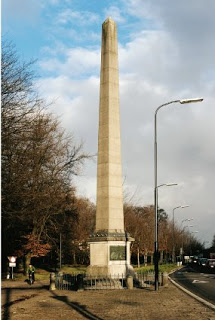 from copycat effect: An eighth person has died in the wake of the assassination attempt on the Dutch Royal Family. The De Naald (in English The Needle), is the obelisk monument in the Dutch city of Apeldoorn that became the final resting place for Karst Tates' automobile... The car rammed into a stone monument (the Masonic structure pictured above) after speeding through the crowd, narrowly missing an open-topped bus carrying Queen Beatrix and other royal family members. Police say the car's driver, identified by Dutch media as Karst Tates, admitted attempting to attack the popular monarch shortly after his car came to a halt. He did not give a motive. The attack on the Queen's Day national holiday raised questions in the Netherlands about the level of security surrounding the royal family. For more on the symbolic linkages, copycat evidence, and video concerning this attack, please click here.

US soldier kills 5 fellow troops in iraq shootout
from danger room: Shocking news from Iraq: An American soldier killed five fellow troops in a shooting incident at Camp Liberty, the heavily-fortified U.S. base complex that abuts Baghdad International Airport. Details at this point are scarce, but this looks like an ugly case of fratricide. The Associated Press reports that the shootings happened at a Camp Liberty stress clinic, where troops can receive counseling for combat-related stress or other personal issues. The shooter is reportedly in custody. As The Wall Street Journal’s Yochi Dreazen notes, this is the most deadly single incident involving U.S. troops in Iraq since a truck bomb killed five soldiers in Mosul last month. Camp Liberty is ringed by heavy security, and it’s rather zealously guarded by Ugandan contractors, real sticklers for checking badges. The greatest danger to these mega-bases, at least inside the perimeter, is usually rocket or mortar fire. Unlike the Vietnam War, when “fragging” became commonplace, such cases of fratricide have been extremely rare in Iraq.

boy dies after liberty county shooting:
charges against couple accused of firing at passers-by may upgrade