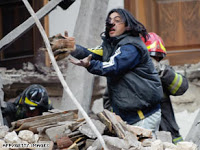 update: teens arrested in shooting plot at colorado school
from ap: Two teens arrested in New Mexico on suspicion of burglary and theft had planned a shooting spree at a rural southwestern Colorado high school as early as this week, according to a sheriff who said he was among the targets. Dolores County Sheriff Jim Martin said Thursday that the main force behind the plot, a 16-year-old, also planned to shoot his principal of Dove Creek High School and Martin's undersheriff, then use the law enforcement officers' weapons to continue shooting. Others at the school, including the superintendent, also were targeted, Martin said. Martin said sheriff's deputies recovered seven rifles, including .22-caliber weapons, shotguns and an M1 carbine, at the Dove Creek home of the 16-year-old, and three more weapons when the teens were arrested in New Mexico. "It was probably going to take place this week," Martin said.

from wikinews: Gioacchino Giuliani, a researcher at a Gran Sasso physics institute in Italy, claims that he predicted the powerful earthquake that struck the country on Monday, but was dismissed by the authorities as a scaremonger. According to the United States Geological Survey (USGS) the moment magnitude 6.3 earthquake struck Central Italy at 3:32 a.m. local time on April 6. So far, over 150 people have been killed with over 1,500 injured and tens of thousands of buildings damaged or destroyed. A magnitude 5.1 aftershock struck the same region just under 24 hours later. Giuliani claims to have predicted the quake by monitoring radon gas emissions. Last month, cars with loudspeakers drove around the area, broadcasting the researcher's warning that a quake would soon strike. He was then reported to the authorities for making false alarms, and was obliged to remove his findings from the Internet. The researcher demanded that he be given a formal apology. "There are people who must apologize to me, and they must have the weight of what occurred on their conscience," said Giuliani after the earthquake hit.

ny suicide jumper lands on teen after plunge
from upi: A 17-year-old boy was seriously injured after being struck by a woman who leapt to her death at a New York shopping mall, police say. Police said a 56-year-old woman leapt over a third-floor railing at the Queens Center Mall, landing on the unidentified teen, leading to the teen being hospitalized with serious injuries, the New York Post said Thursday. The teen had been sitting in a massage chair on the mall's lower level when he was struck by the unidentified woman, who died as the result of her plunge. "I saw the lady on the floor with a pool of blood next to her and her hairpiece," witness John Perez told the Post of Wednesday's incident. "She landed on a kid. They lifted him up and put him (back) on a massage chair. He was bleeding from his head." The Post said the teen is listed in stable condition at Elmhurst Hospital.

some link economy with spate of killings

from washington post: The carnage that occurred during less than 48 hours last week capped a recent string of unusually brazen mass killings, which crime experts say have touched more people and occurred in more public settings than in any time in recent memory. Comparative statistics are difficult to come by, but during the past month alone, at least eight mass homicides in this country have claimed the lives of 57 people... The factor underlying the violence, some experts think, is the dismal state of the nation's economy. Criminologists theorize that the epidemic of layoffs, the meltdown of storied American corporations and the uncertainty of recovery have stoked fear, anxiety and desperation across society and unnerved its most vulnerable and dangerous. "I've never seen such a large number [of killings] over such a short period of time involving so many victims," said Jack Levin, a noted criminologist at Northeastern University who has authored or co-authored eight books on mass murder. The simple fact, criminologist James Alan Fox said, is that more Americans are struggling.

washington dad kills his 5 kids & self because mom was leaving

multiple-victim shootings rise in crisis-stressed US
from dpa: The newspaper and internet headlines in the US had a chilling familiarity Wednesday: more economic gloom about the mortgage crisis and another spate of horrific killings. Though not all the shootings have been directly linked to economic distress, pundits have ascribed the wave of terrible mass murders at least in part to the growth of 'recession rage' as millions of people lose their jobs, their prospects, their homes, their investments and their marriages.

alabaman kills wife, 3 others, self

from deseret news: Los Angeles Angels rookie pitcher Nick Adenhart and two other people were killed Thursday when a minivan ran a red light and struck their car. Adenhart, 22, died in surgery at the University of California, Irvine Medical Center, Fullerton police said in a statement. He was a passenger in the car. Adenhart's death came just hours after he made his fourth major league start, throwing six scoreless innings in Wednesday night's loss to Oakland. "His father flew out here from Baltimore to watch him start last night, so his father is here, obviously going through a great deal of grief," Angels spokesman Tim Mead said.

oregon man shoots himself during 'watchmen' movie
from kmtr: A man shot himself to death in a Eugene movie theater just after midnight Monday morning. Police say about 10 patrons were in an auditorium at Regal Cinemas watching the movie “Watchmen.” About midway through the film some of the moviegoers told the manager they heard a “popping” noise like a gunshot. A 24-year-old man was found in the rear of the auditorium with a gunshot wound to the head. Police say the man shot himself and was dead when they arrived. The patron closest to the man was sitting two rows away. 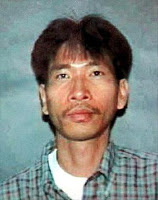 from times online: The gunman who shot 13 people dead at an immigration centre in upstate New York was a loner who loved guns but believed that “America sucks” and fantasised about assassinating the president. He took out his rage on those who were still striving for the American dream, oblivious to his own disappointment, before killing himself. Jiverly Voong, 41, had lost his job at the Shop Vac assembly plant in Binghamton, a largely white working-class town 175 miles north of New York, when the plant shut last November. He often mentioned that his wife and children had left him, a neighbour recalled. 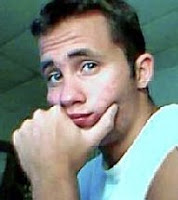 from raw story: The unemployed twenty-two year old man who killed three Pittsburgh police officers and wounded two others in a four-hour shootout on Saturday morning [apr4] had been heavily influenced by extremist conspiracy theories prior to the incident. According to the Pittsburgh Post-Gazette, Richard Poplawski was "convinced the nation was secretly controlled by a cabal that would eradicate freedom of speech, take away his guns and use the military to enslave the citizenry. ... He appeared to share a belief that the government was controlled from unseen forces, that troops were being shipped home from the Mideast to police the citizenry here, and that Jews secretly ran the country."