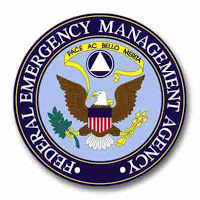 from rogue government: FEMA announced recently that they will be conducting a national disaster exercise called National Level Exercise 2-08 (NLE 2-08) from May 1st through May 8th. The purpose of this exercise is to prepare and respond to multiple incidents including natural disasters and terrorist incidents. Specifically the exercise involves a Category 4 hurricane impacting the Mid Atlantic Coast and the National Capitol Region as well as multiple terrorist attacks in Washington State, an accidental chemical agent release in Oregon and assorted aerospace events in North American airspace.

Considering that the U.S. government conducted drills and exercises like Operation Northern Vigilance, Tripod II, among others to serve as cover for the government sponsored false flag terror attacks of 9/11, we need to pay close attention to these government sponsored drills and exercises. A similar scenario also occurred during the 7/7 terror attacks in London. On that day, drills depicting events mirroring the actual terror attacks were run at the exact same time the bombings took place. The odds of these being two completely random events is so incredibly unlikely that it boggles the mind.

NLE 2-08 is a wide ranging exercise that will include not only FEMA but the Department of Homeland Security, U.S. Transportation Command, the National Guard, USNORTHCOM, NORAD and Canada Command. Much like TOPOFF-4/Vigilant Shield 08 a martial law exercise that took place last year involving many of the same government institutions, we definitely need to keep track of NLE 2-08.