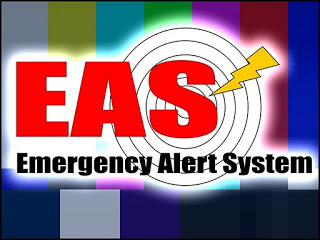 nationwide ‘presidential emergency alerts’ to be tested on 11/9

from kake-tv: A nationwide Emergency Alert System test will take place early next month. All television and radio stations will be interrupted for the test. How widespread the test will be and will the test shut down general communications like phones and computers? Good questions. Most broadcast companies test their statewide system every month. On November 9, there will be a nationwide test of the Emergency Alert System. The EAS is used by the National Weather Service along with local and state agencies. This will be the first national activation of the test. Questions and rumors have been circulating in the past few weeks about exactly what will be interrupted during the test. While television and radio communications will be interrupted, general communications throughout the country will not be affected. A local EAS test lasts two minutes but the national test will last three minutes. The length of the test will vary from state to state. The national EAS alert would allow the president to inform the country in case of extreme emergencies. Of course, we hope the interruption will only and always be just a test.