US tests response to set of calamities: executive branch ‘runs’ govt from outside dc as mock crises mount

from washington post: Thousands of key federal employees are being whisked from the Washington area by helicopter and car for a three-day test of their ability to run the government from remote locations during a disaster… Congress and the judiciary are not part of the exercise, which is being overseen by the Department of Homeland Security… This week’s “continuity of government” drill is one of the largest by the federal government since 9/11, officials said. It is part of a national eight-day exercise in which officials are responding to a cascade of nightmarish events.

from wdtv: Upshur County is just one area in the state to participate in this FEMA national level exercise. Offices in Washington DC, Virginia, Maryland and Pennsylvania are also included in the exercise for the next three days. Here in West Virginia they’re evaluating local administrative capabilities in response to a mass evacuation from the Washington DC area due to a hurricane.

hoffman estates seeks volunteers for bioterrorism drill
from chicago tribune: Hoffman Estates officials are looking for 2,000 to 3,000 volunteers next week to participate in a bioterrorism exercise in return for department store coupons and tickets to an indoor football game. The volunteers are needed for a large-scale drill, planned for Tuesday at the Sears Centre arena, 5333 Prairie Stone Pkwy., to test how medicine would be distributed to victims of a public-health emergency.
update: chicago residents reject terror drill fearmongering
from paul joseph watson: The latest opportunity for authorities to grandstand, fearmonger and practice processing citizens through a de facto internment camp fell flat on its face yesterday after just 350 out of an expected 4,000 turned up to participate in a mock terror drill at Chicago’s Sears Centre Arena. “An elaborate public-health drill Tuesday that organizers had hoped would use thousands of volunteers to help test the Chicago area’s response to a possible bioterrorism attack instead drew fewer than 350 people—and one beleaguered Cook County Board president,” reports the Chicago Tribune.

from bellingham herald: Emergency responders rush a dummy with simulated wounds into a decontamination setup at Camp Horizon in Birch Bay, as part of a terrorism response exercise on May 6, 2008. The drill, part of National Level Exercise, and was held across Whatcom County. The exercise tested local, state and federal responses to a national disaster.

return of the bears (russian bombers)
from globe & mail: The call came in to the air force field in Inuvik in the Northwest Territories: Unidentified aircraft approaching Canada’s Arctic. “You get airborne as fast as you can,” says the CF-18 pilot, identified by his call sign – Nojo. “You end up running to the jet.” Less than 30 minutes later, somewhere high above the Arctic Ocean, Nojo and his fellow pilot identified the intruders: multiple “Bears,” long-range Russian bombers, 130 kilometres from Canadian airspace and closing fast.

from journal-news: For the purpose of Thursday night’s emergency exercise drill, the Continuing Recovery Center in Irving had become Irving Mosque, the home-base for a radical, heavily armed group with suspected terrorist ties. There were explosions outside and inside the building. Illinois Law Enforcement Alarm System (ILEAS) special forces stormed the “mosque” from an armored car. There were casualties.Hostages had been taken and suspects were killed. One hostage hooked up to an explosive devise, required services from the Illinois Secretary of State bomb squad. Suspects also released nerve gas, summoning the Montgomery County HazMat team. There were participants from local law enforcement, fire departments, ambulances, and critics to judge the drill. In all, over 120 individuals from nearly 30 agencies.

northern edge ’08 to kick off

from global security: The largest military training exercise in Alaska, Northern Edge 2008, begins May 5 with about 5,000 U.S. active duty, national guard, and Reserve component Soldiers, Sailors, Airmen, and Marines. Alaskan Command hosts the air-centric exercise, which will involve more than 120 Air Force, Army, Air National Guard, Navy, and Marine aircraft. It will be conducted mainly from here and Elmendorf Air Force Base, Alaska, using the airspace throughout the Pacific Alaska Range Complex and the Gulf of Alaska. NE 08 is a tactical exercise that provides a joint environment to train warfighters for their real-world missions.

national guard to hold wmd drill
from wgal: The Pennsylvania National Guard will hold a weapons of mass destruction response exercise in Lancaster County on Thursday. The drill, dubbed Red Rose III, will happen at the Lancaster County Public Safety Training Center in Manheim from 7 a.m. to 4 p.m. It will involve nearly 400 people from 30 different organizations. The Guard said the exercise will “test such areas as initial response, search and rescue, evacuation, crime scene preservation and mass decontamination.” 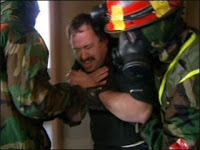 from komo: At Fort Lewis more than a thousand people participated in a drill to see whether federal officials have learned how to speed up the process of getting to the people in need. The scenario was this: the Alaskan Way Viaduct had been hit by an explosion and a chemical truck full of deadly gas had burst. Specially-trained Marines moved through the crowd, looking for victims of a terrorist attack as looters ran rampant. Some victims were willing to be helped while others barricaded themselves indoors, fearful of the looters and the people in masks. 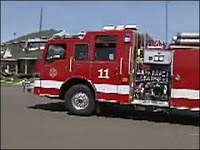 from kval: It had all the makings of a disaster. Reports of a suicide bomber in a Lane Transit District bus outside the U.S. Courthouse building, complete with explosions. Lucky for all of us, it was only a drill. “That’s what we wanted. We wanted it to be as realistic as possible,” said EMS operations manager JoAnna Kamppi of the Eugene Fire Department. Call it mission accomplished for the department. It certainly sounded like a real disaster on the police and fire scanner Monday morning.

pandemic flu threat remains substantial
from ap: The world still faces a substantial threat of a flu pandemic and countries need to speed up preparations for a global outbreak, health experts said Tuesday. “We can’t delude ourselves. The threat of a pandemic influenza has not diminished,” said Keiji Fukuda, coordinator for the World Health Organization’s Global Influenza Program. Fukuda spoke to a meeting of around 150 health experts from governments, WHO and other agencies to update WHO’s pandemic influenza preparedness plan.