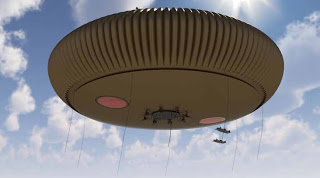 Nazi UFO’s, Antarctica and the Battle of Los Angeles 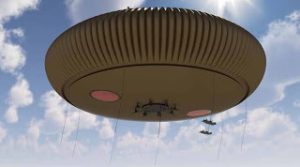 Clyde Lewis stirred old myths on his Sunday night show, Ground Zero Live, with interview of Douglas Dietrich, a former San Francisco Presidio military librarian, who answered calls for Col. Michael Aquino. Dietrich proved himself, both, articulate and provocative by raising possible links unfamiliar to listeners. The former librarian points to Japanese dirigible tech (pictured) as a likely actor in the 1942 Battle of Los Angeles. Dietrich expressed views on Nazi UFOs, Antarctica and private space programs. Clyde and his guest discussed origins of the term "Black Sun", as derived from a German and Japanese Aryan belief - a Black Hole - lies at the center of every galaxy. The least familiar link made, was perhaps, Operation Argus as another salvo in the secret war against Nazi Flugelrads! Operation Tabarin and Operation High Jump were earlier battles in the secret Antarctic war. You can view more of the guest responding to comments about his take on Roswell here. A highly entertaining, thought-provoking interview that will prick up your ears!