netanyahu admits on video he deceived US to destroy oslo accord

“the world won’t say a thing“ 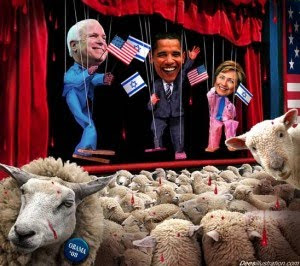 from the national: The contents of a secretly recorded video threaten to gravely embarrass not only Benjamin Netanyahu, the Israeli prime minister but also the US administration of Barack Obama. The film was shot, apparently without Mr Netanyahu’s knowledge, nine years ago, when the government of Ariel Sharon had started reinvading the main cities of the West Bank to crush Palestinian resistance in the early stages of the second intifada.

At the time Mr Netanyahu had taken a short break from politics but was soon to join Mr Sharon’s government as finance minister.

On a visit to a home in the settlement of Ofra in the West Bank to pay condolences to the family of a man killed in a Palestinian shooting attack, he makes a series of unguarded admissions about his first period as prime minister, from 1996 to 1999.

Seated on a sofa in the house, he tells the family that he deceived the US president of the time, Bill Clinton, into believing he was helping implement the Oslo accords, the US-sponsored peace process between Israel and the Palestinians, by making minor withdrawals from the West Bank while actually entrenching the occupation. He boasts that he thereby destroyed the Oslo process.

He dismisses the US as “easily moved to the right direction” and calls high levels of popular American support for Israel “absurd”.

He also suggests that, far from being defensive, Israel’s harsh military repression of the Palestinian uprising was designed chiefly to crush the Palestinian Authority led by Yasser Arafat so that it could be made more pliable for Israeli diktats.

All of these claims have obvious parallels with the current situation, when Mr Netanyahu is again Israel’s prime minister facing off with a White House trying to draw him into a peace process that runs counter to his political agenda.