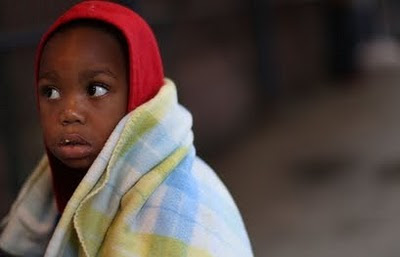 from nbc new york: One in eight Americans needed emergency food help in 2009 – one of five children in New York City are relying on emergency food. These sad statistics come from Feeding America and the Food Bank for New York City.

“Food insecure” is the bureaucratic term for hungry people – and New York is, unfortunately, a textbook case in food insecurity. Our food pantries and soup kitchens are overloaded. Yet, without a healthy infusion of federal stimulus money, it could be a lot worse. So says Joel Berg, executive director of the NYC Coalition Against Hunger.

Berg says 37% of South Bronx residents had trouble affording food in the last year. “The federal stimulus money is helping us avert disaster,” Berg continued. “We are fortunate to have that money at this time.”

Nonetheless, as Berg sees it: “New Yorkers with children are among the most vulnerable to food poverty. About 20 percent of all New York City households with children have difficulty affording enough food. A staggering one in five of the city’s children, 297,000 small people, rely on soup kitchens and pantries – up 18 percent since 2004.”

The figures are stunning – and it seems incredible that in this, the richest city in America, we have yet to come close to solving this problem.

The “small people” deserve better. Will they live to see a better world? The plight of the hungry should be high on the agendas of the Mayor, the Governor and all our elected officials in the year ahead. We must do better.