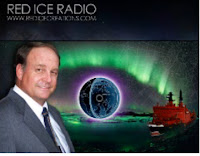 Physicist Brooks Agnew, in recent Red Ice Radio interview, announced North Pole Inner Earth Expedition appears set to happen in 2012. Agnew provides powerful arguments for an expanding earth process that resulted in a Hollow Earth.  An expanding Earth theory argues, our planet grew from approximately one third its present size to its current condition of dry lands and oceans.  Agnew relates evidence supports it as ocean floors are only about 70 million years old, while continents date as much as billions of years.  Evidence of fossil remains of ocean creatures in highest mountains also fits idea as most of Earth was underwater, long ago, when there was less surface area.  It’s thought, natural centrifugal forces due to the Earth’s rotation results in repeated splits in surface and new ground exposed.  Ocean levels recede with a larger surface to cover, until, dry land emerges.

Both, Agnew and his predecessor Steve Curry, only became open to idea of a Hollow Earth through evidence and experience.  Curry related in an Atlantis Rising article,  a few years ago, while on expedition through the Tsangpo gorge of Tibet, “…he had discovered a hidden waterfall behind which the Tibetans say a cavern leads into the Hollow Earth, which they call Agharta.” Until then, Curry viewed his father’s belief in a Hollow Earth as only strange, afterwards wanted to complete his father’s wish to discover opening.  Unexpectedly, Curry died of fast-acting brain cancer in 2006.  You may view a Neal Adams video (below), which illustrates how well Expanding Earth Theory fits our planet!