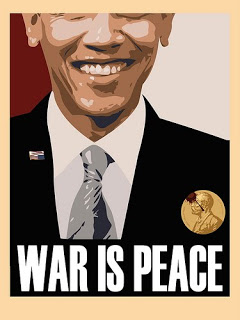 Obama: US combat mission in Iraq to end 'as promised' 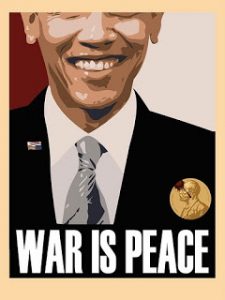 from aaron dykes: In attempt to posture as a man of peace and of kept-promises in the lead-up to the midterm elections, President Obama has declared the “End of the War in Iraq,” claiming that withdrawal of troops from Iraq will be completed by August 31, 2010 and is ‘on schedule, as promised.’

“As a candidate for president, I pledged to bring the war in Iraq to a responsible end. I made it clear that by August 31, 2010, America’s combat mission in Iraq would end. And that is exactly what we are doing — as promised and on schedule,” President Obama stated.

Believing this fiction involves ignoring the fact that 50,000 troops or more, as well as countless contractors, would remain in Iraq. In addition, it would involve forgetting about Barack Obama’s campaign promises to bring troops home starting “day one” of his administration, or his other promise to bring them home by the end of 2009.

Obama’s deceptive announcement coincides with news that July was the deadliest month in Iraq since May 2008, though the Pentagon has attempted to dispute these numbers. The announcement also comes shortly after Sen. McCain commented on Iraq, quipping “We already won that one.” Meanwhile Iraq today is anything but stable, and our continued involvement has helped little if at all.