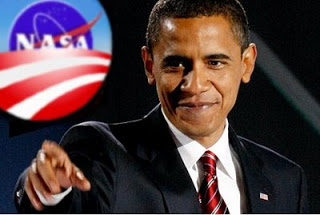 obama orders review of nasa plan to return to moon

from reuters: The Obama administration has ordered a top-level review of the U.S. human spaceflight program that has been focused on returning astronauts to the moon by 2020, officials said on Thursday. Former Lockheed Martin Chairman and Chief Executive Norm Augustine will head a blue-ribbon panel charged with assessing NASA's progress on a space transportation system to replace the retiring space shuttle fleet. "Clearly if we're on the wrong path, we should change, but if you're asking me do I think we're on the wrong path, the answer is no," Chris Scolese, NASA's acting administrator, said at a news conference to unveil the agency's $18.7 billion spending plan for the fiscal year beginning October 1. The review, which is due by August, will focus on the U.S. space agency's Ares rocket program and the Orion capsule that is being designed to ferry astronauts to the International Space Station as well as to the lunar surface.

Prime contractors for the shuttle replacement program include Boeing Co, Alliant Techsystems Inc, Pratt & Whitney, a United Technologies Corp unit, which are building the new Ares rocket; and Lockheed Martin Corp, which is developing the Orion capsule spacecraft. The space shuttles are due to be retired by September 30, 2010, after eight more flights to assemble and outfit the space station and a final servicing mission to the Hubble Space Telescope that is scheduled for launch on Monday. The $3.2 billion budget request for space shuttle operations includes funds for an added flight to carry the $1.5 billion Alpha Magnet Spectrometer particle physics experiment to the station for installation and operation. Scolese said the review panel also will address extending NASA support of the space station beyond 2016 and possibly the lunar initiative.