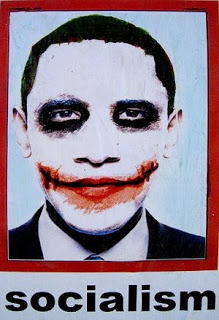 from danny schechter: The tide of public opinion may be turning against the President. Pollsters report growing skepticism about health care reform, and more active hostility on racial matters, thanks to that “uncalibrated” expression of opinion on the arrest of Professor Gates in his own home. That remark turned him, in the eyes of some, from a small b black President into a militant Black Panther, or at least someone who can bashed as such. These are the new controversial issues with no one right answer, and a noisy debate everywhere, but something else is also going on. With Democrats fussing among themselves, with Obamacrats forced to rely on corporate media, the right-wing TV and radio stations close ranks behind the most self-righteously-correct ranters having a filed day poking, prodding, pummeling, and peeing into cups of their own resentment, hate and venom. There is no smear that is beneath them, no inference or insult out of bounds. Lou Dobbs blesses the birthers while that Elmer Gantry of demagoguery, Glenn Beck, meditates on his mountain and pronounces Obama a racist. An Israeli settler refers to our President as “that Arab,” and worse. These are the nattering nabobs of negativity of our times, to resurrect an old canard once aimed at the left. The Yes We Can advocates seem to be taking refuge in the No We Won’t center. The next thing you know, the removal of a democratically elected President that worked in Honduras might be attempted here at home. Some of us are still singing “We Shall Overcome” when our adversaries are chanting “We Shall Overthrow.”

obama considers 'military-civilian' prisons for suspected terrorists
from infowars: “The Obama administration is looking at creating a courtroom-within-a-prison complex in the U.S. to house suspected terrorists, combining military and civilian detention facilities at a single maximum-security prison,” the Associated Press is reporting. Administration officials said the new prison will be set-up at a soon-to-be-shuttered state maximum security prison in Michigan and the military penitentiary at Fort Leavenworth, Kansas. The AP reports the “courtroom-within-a-prison complex” will be for “the 229 suspected al-Qaida, Taliban and foreign fighters now jailed at the Guantanamo Bay detention camp in Cuba,” that is to say the dirt farmers and cab drivers abducted and held in violation of international law for nearly a decade. “As many as an estimated 170 of the detainees now at Guantanamo are unlikely to be prosecuted. Some are being held indefinitely because government officials do not want to take the chance of seeing them acquitted in a trial. The rest are considered candidates for release, but the U.S. cannot find foreign countries willing to take them. Almost all have yet to be charged with crimes,” the AP continues. Fort Leavenworth Prison has a population of nearly 2,000 people (with a capacity of 1,197). It is not explained if the current population — consisting largely of gang members from the likes of the Aryan Brotherhood, Bloods, Crips, and the El Rukns — will be moved and the prison dedicated to housing “terrorists.” The Standish prison in Michigan holds 4,600 inmates. The Obama administration and the AP do not explain why two prisons with the capacity to hold nearly 7,000 prisoners are required — that is unless they plan to abduct a few thousand more people. Since the false flag attacks of 9/11, the government has increasingly portrayed the terrorist threat as coming from “white al-Qaeda” (consider the current case in North Carolina) and “rightwing extremists,” as characterized by the Department of Homeland Security. “The facility would operate as a hybrid prison system jointly operated by the Justice Department, the military and the Department of Homeland Security,” notes the AP.

town halls gone wild:
congress critters going home to angry constituents
from politico: Screaming constituents, protesters dragged out by the cops, congressmen fearful for their safety - welcome to the new town-hall-style meeting, the once-staid forum that is rapidly turning into a house of horrors for members of Congress. On the eve of the August recess, members are reporting meetings that have gone terribly awry, marked by angry, sign-carrying mobs and disruptive behavior. In at least one case, a congressman has stopped holding town hall events because the situation has spiraled so far out of control.

bill maher says those birthers must be stopped! 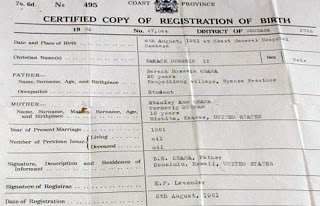 from paul joseph watson: California attorney Orly Taitz has released a copy of a birth certificate that purports to show Barack Hussein Obama was born in Kenya, which if authenticated would plunge the United States into a constitutional crisis and potentially herald a catastrophic loss of confidence in the legitimacy of the government. The Obama birth certificate issue has been rumbling on for over a year, with researchers demanding to see a complete birth certificate proving that President Obama was born in Hawaii as he claims, yet none has been forthcoming. Mainstream media attention on the issue has intensified over the past few weeks, even forcing the White House itself to publicly dismiss the controversy. However, Taitz’ bombshell discovery blows the whole story wide open and its ramifications could be monumental. According to World Net Daily, Taitz has filed a new motion in U.S. District Court seeking authentication for the document.

again, my feeling is that - whatever the 'truth' is about the birther issue: coverup, psyop, racewar provocation, etc. - taitz is most likely a wrecker... a shill who gets out in front of an explosive issue & misdirects the info. having said that, if it does come out that obama is illegitimate, we'll race headlong to change the constitution overnight and then it's hello arnold!

from hero to zero: schwarzenegger hits all-time low in polls