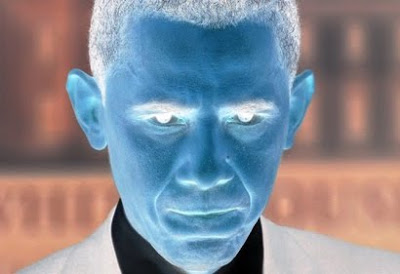 obamessiah threatens ‘armageddon’, warns US ‘running out of time’

from afp: US President Barack Obama pressed polarized lawmakers Saturday to avert what he called economic "Armageddon" by quickly forging a deal to prevent an early August debt default by the world's richest country. "Simply put, it will take a balanced approach, shared sacrifice, and a willingness to make unpopular choices on all our parts," Obama said in his weekly radio address. "That means spending less on domestic programs," the president explained. "It means spending less on defense programs. ... And it means taking on the tax code, and cutting out certain tax breaks and deductions for the wealthiest Americans." The US government reached its debt limit of $14.29 trillion in May, and since then the Treasury Department has used special measures to allow the government to keep paying its bills. But unless the limit is raised by August 2, the Treasury says, growing spending and debt service commitments will force a default, which would have disastrous ripple effects throughout the global financial system.