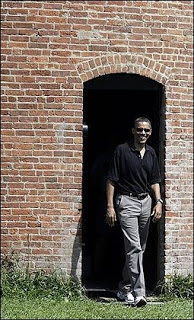 obamessiah updates: debts up, polls down & a mass vacation

from washington times: President Obama set out for a weeklong family vacation Sunday facing the first stiff headwind of his presidency, with public polls showing his popularity has dipped as he has attempted an overhaul of the nation's ailing health care system. A series of national surveys has confirmed what was becoming clear as large groups of protesters rallied outside the speeches and town-hall events the president hosted last week in Western states. The Rasmussen Reports daily tracking poll released Sunday showed that 41 percent of voters strongly disapprove of Mr. Obama's performance as president, compared with 27 percent who strongly approved. Rasmussen said those numbers are the worst ever for Mr. Obama. The 14-point gap between the two numbers is more than double the six-point difference in the Rasmussen poll as recently as Thursday. The total of "disapproval" responses, of whatever strength, topped the approval numbers by 51 percent to 48 percent. Using unusually strong language to describe the developments, borne out in a host of polls over the past week, political analyst Charlie Cook said in an e-mail to his subscribers that "the situation this summer has slipped completely out of control for President Obama and congressional Democrats... We believe it would be a mistake to underestimate the impact that this mood will have on members of Congress of both parties when they return to Washington in September, if it persists through the end of the congressional recess."

did barack obama pal around with the cia?
from isteve: My favorite conspiracy theory for the last few months has been that the young Barack Obama benefited from some CIA favors along the way, perhaps in transferring to Columbia U. or in his getting his copyeditor job at Business International, a firm with, apparently, ties to both CIA and SDS. Here's a website called Cannonfire that pulls together, in a disorganized fashion, various bits of evidence. There's nothing conclusive, but the young Obama probably had many more indirect links with CIA before the age of 25 than you did.

jon voight: is obama creating a civil war in america?
from washington times: A Hollywood conservative has headed East. It's "Freedom Concert" time for Jon Voight. The Academy Award winner will join Sean Hannity in Cincinnati and Atlanta this weekend to honor fallen soldiers and present college scholarships to surviving children. Mr. Voight - a warrior himself in many ways - has been cogitating about the state of America, meanwhile. "There's a real question at stake now. Is President Obama creating a civil war in our own country?" Mr. Voight tells Inside the Beltway. "We are witnessing a slow, steady takeover of our true freedoms. We are becoming a socialist nation, and whoever can't see this is probably hoping it isn't true. If we permit Mr. Obama to take over all our industries, if we permit him to raise our taxes to support unconstitutional causes, then we will be in default. This great America will become a paralyzed nation."

false flag at dem headquarters in colorado?
from kurt nimmo: It turns out the man accused of smashing windows at the Dem headquarters in Denver is a former Democrat. Earlier in the week a Democratic Party chairwoman said the vandals were people opposed to Obamacare. “An act of vandalism at Colorado Democratic headquarters that shattered windows next to signs about health care reform took a strange turn Wednesday when it was revealed that one of the suspects was a Democratic activist,” the Associated Press reported. “Democratic leaders initially said that the window shattering was an act of political vandalism, possibly by opponents of health care reform. But the political leanings of suspect Maurice Schwenkler raised the prospect that one of the party’s own might have vandalized its building to make a statement.” On Thursday, the crime took a turn for the weird. “In what a Republican lawmaker has touted as a bid to win sympathy for Democrats, an anarchist transperson allegedly shattered windows at the Democratic headquarters in Denver, Colorado,” Edge Boston writes today. It is said the accused vandal, Maurice Schwenkler, a.k.a. Ariel Attack, is a writer connected to “Queers Against Obama,” a fact established by Colorado Indymedia.

where is the anti-war movement in the age of obama?* 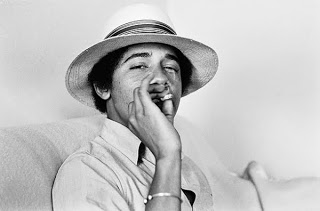 from norml: No employee of the Office of National Drug Control Policy (ONDCP) sans the director has ever drawn more public and academic criticism than David Murray, ONDCP’s chief scientist. Virtually an entire book was derived from the ONDCP’s twisting science and statistical data during Murray’s eight-year tenure—Dr. Matthew Robinson’s Lies, Damn Lies and Drug War Statistics, A Critical Analysis Of Claims Made By The ONDCP. You can watch Murray and Robinson debate about the drug war and ONDCP’s methodology at the Cato Institute here. Question: When will Obama and Holder finally kick Murray to the curb and replace him with someone other than another anti-cannabis zealot masquerading as a ’scientist’? The Washington Monthly’s Charlie Homans cast some much needed, white hot light in Mr. Murray’s direction: The Bushie Obama Can't Fire

white house christmas tree will be fir from west virginia
from examiner: A Fraser fir from West Virginia will be the Christmas tree displayed inside the White House this year. Tree farmers Eric and Gloria Sundback were selected this month as grand champions of the National Christmas Tree contest. It's a record fourth win for the Sundbacks. Their trees were displayed at the White House twice during President Ronald Reagan's administration and once under President Jimmy Carter. The Sundbacks have grown Christmas trees since 1956, including the past 50 years in Shepherdstown, about 80 miles northwest of Washington.