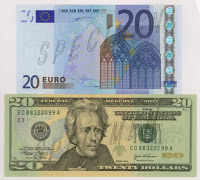 from ap business: The dollar plunged to its lowest point ever against the euro Wednesday amid speculation that the Federal Reserve will soon cut interest rates and on a warning from the U.S. treasury secretary that turbulence in financial markets may linger.

The euro surged after Treasury Secretary Henry Paulson, speaking to officials from some of the biggest financial firms in the U.S., said volatility in financial markets will take some time to be resolved, particularly in the area of subprime mortgages. 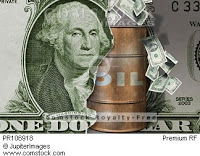 from ap business: Oil prices dropped Thursday as traders took profit after U.S. crude stocks fell and drove oil futures in the previous session above US$80 a barrel for the first time ever.

Light, sweet crude for October delivery lost 26 cents to US$79.65 a barrel in Asian electronic trading on the New York Mercantile Exchange by midmorning in Singapore.

Despite Wednesday's jump, oil is still well below inflation-adjusted highs hit in early 1980. Depending on the adjustment, a US$38 barrel of oil in 1980 would be worth US$96 to US$101 or more today.