from news times: Sooner or later a virus spreading quickly around the world will make millions of people very sick in a short period of time. It might be the bird flu percolating in Asia right now. It might be something unknown. But given the adaptability of flu bugs, and the ease of world travel, something will catch fire. “We’re not talking about what if,” said Norma Gyle, of New Fairfield, the state’s deputy commissioner of public health. “We’re talking about when.” … On Saturday, the region will have a chance to see how it responds to a pandemic flu in real time, with a mock flu pandemic drill at Bethel Health Care Center.

from vanity fair: Monsanto already dominates America’s food chain with its genetically modified seeds. Now it has targeted milk production. Just as frightening as the corporation’s tactics – ruthless legal battles against small farmers – is its decades-long history of toxic contamination… Some compare Monsanto’s hard-line approach to Microsoft’s zealous efforts to protect its software from pirates. At least with Microsoft the buyer of a program can use it over and over again. But farmers who buy Monsanto’s seeds can’t even do that. 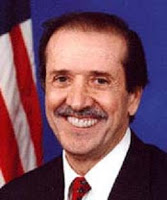 from herald sun: Sonny Bono, former husband and singing partner of superstar Cher, was clubbed to death by hitmen on the orders of drug and weapons dealers who feared he was going to expose them, a former FBI agent claims. Ted Gunderson, now a private investigator, has told the US Globe tabloid that Bono, who served as mayor of Palm Springs for four years, did not die after hitting a tree on a Nevada ski slope in January 1998 as everyone believed.

from natural news: A parents’ rights organization has called on Congress to investigate a potential link between psychiatric drugs and school shootings, and called for parents to be better informed about the risks of such medications. New York-based Ablechild accused the mental health industry of “[continuing] to downplay the risks of drugs widely prescribed to millions.” … Ablechild said that eight recent school shooters were taking antidepressant medication at the time of their crimes, and that most parents are unaware of this fact. Among the shooters taking antidepressants were Eric Harris in Columbine, Colorado, and Kip Kinkel in Springfield, Oregon.