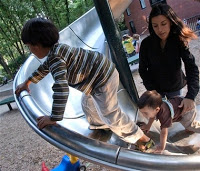 from ap: Sabrina Rahim doesn't practice any particular faith, but she had no problem signing a letter declaring that because of her deeply held religious beliefs, her 4-year-old son should be exempt from the vaccinations required to enter preschool.

She is among a small but growing number of parents around the country who are claiming religious exemptions to avoid vaccinating their children when the real reason may be skepticism of the shots or concern they can cause other illnesses. Some of these parents say they are being forced to lie because of the way the vaccination laws are written in their states.

"It's misleading," Rahim admitted, but she said she fears that earlier vaccinations may be to blame for her son's autism. "I find it very troubling, but for my son's safety, I feel this is the only option we have."