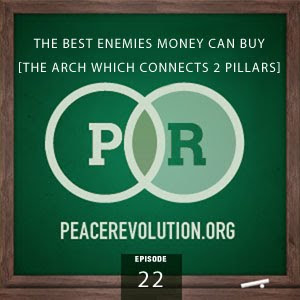 Definitions:
M.I.R.V. missile system
Cabal
Polymath
Eugenics
Scientific Dictatorship
Team B: Team B was a competitive analysis exercise commissioned by the Central Intelligence Agency in the 1970s to analyze threats the Soviet Union posed to the security of the United States. Team B, approved by then Director of Central Intelligence George H. W. Bush, was composed of "outside experts" who attempted to counter the positions of intelligence officials within the CIA.[1] Team B concluded that the National Intelligence Estimate on the Soviet Union, generated yearly by the CIA, underestimated Soviet military power and misinterpreted Soviet strategic intentions. Its findings were leaked to the press shortly after Jimmy Carter's 1976 presidential election win in an attempt to appeal to anti-communists in both parties and not appear partisan.[2][3]
Mujahedeen
Wolfowitz Doctrine
Likud Party
JINSA
Neo-Conservative Cabal
University of Chicago

2. The Century of the Self

a. YouTube (entire documentary)
b. Edward Bernays (as excerpted in episode)