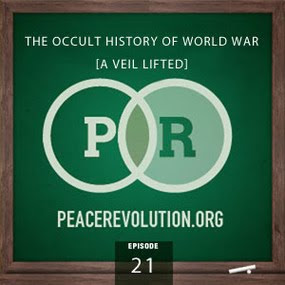 with thanks to tragedy & hope ... subscribe to peace revolution!

Invitation to the T&H online community

a. September 25, 1798: “I have heard much of the nefarious, and dangerous plan, and doctrines of the Illuminati, but never saw the Book until you were pleased to send it to me. The same causes which have prevented my acknowledging the receipt of your letter have prevented my reading the Book, hitherto; namely, the multiplicity of matters which pressed upon me before, and the debilitated state in which I was left after, a severe fever had been removed. And which allows me to add little more now, than thanks for your kind wishes and favourable sentiments, except to correct an error you have run into, of my Presiding over the English lodges in this Country. The fact is, I preside over none, nor have I been in one more than once or twice, within the last thirty years. I believe notwithstanding, that none of the Lodges in this Country are contaminated with the principles ascribed to the Society of the Illuminati. With respect I am &c.” [Note: In a letter from Snyder (Aug. 22, 1798, which is in the Washington Papers ), it is stated that this book "gives a full Account of a Society of Free-Masons, that distinguishes itself by the Name of 'Illuminati,' whose Plan is to overturn all Government and all Religion, even natural.] Click here for a photo of George Washington’s letter in his own handwriting.

b. October 24, 1798: “Mount Vernon, October 24, 1798. Revd Sir: I have your favor of the 17th. instant before me; and my only motive to trouble you with the receipt of this letter, is to explain, and correct a mistake which I perceive the hurry in which I am obliged, often, to write letters, have led you into. It was not my intention to doubt that, the Doctrines of the Illuminati, and principles of Jacobinism had not spread in the United States. On the contrary, no one is more truly satisfied of this fact than I am. The idea that I meant to convey, was, that I did not believe that the Lodges of Free Masons in this Country had, as Societies, endeavoured to propagate the diabolical tenets of the first, or pernicious principles of the latter (if they are susceptible of seperation). That Individuals of them may have done it, or that the founder, or instrument employed to found, the Democratic Societies in the United States, may have had these objects; and actually had a seperation of the People from their Government in view, is too evident to be questioned. My occupations are such, that but little leisure is allowed me to read News Papers, or Books of any kind; the reading of letters, and preparing answers, absorb much of my time. With respect, etc.” Click here for a photo of George Washington’s letter in his own handwriting.

Media Clips and Books referenced:
1. Empire: Hollywood and the War Machine
2. Reel Bad Arabs
3. Ben Affleck / Bill Maher
4. P861 from Morals and Dogma by Albert Pike, Sublime Prince of the Royal Secret
5. Paris 1919: Six Months that Changed the World by Margaret MacMillian
6. Invisible Empire by Jason Bermas
7. The Hidden History of Zionism by Ralph Schoenman
8. Facts are Facts by Benjamin Freedman (mp3) (transcript)
9. Last will and Testament of Cecil Rhodes by William T. Stead
10. “Sand Storms the Middle East” by Richard Grove, see also: References for Sand Storms the Middle East
11.   Gnostic Media podcast 106 w/ Mark Passio
12.   Gnostic Media podcast 054 w/ Rabbi Dovid Ysrael Weiss, podcast 087 w/ Norman Finkelstein “Gaza”
13.   Rudyard Kipling and the Swastika: “Many older editions of Rudyard Kipling's books have a swastika printed on their covers associated with a picture of an elephant carrying a lotus flower…. ” (more)
14.   Karl Marx, on Freemasonry
15.   Moses Hess / Revival of Israel (orig published 1862) from library of Harvard University
16.   Glitter and Greed: The Secret World of the Diamond Cartel, by Janine Roberts
17.   The Diamond Empire, 1995 Frontline Documentary
18. Definition of apocalypse: An Apocalypse (Greek: Ἀποκάλυψις Apokálypsis; "lifting of the veil" or "revelation") is a disclosure of something hidden from the majority of mankind in an era dominated by falsehood and misconception, i.e. the veil to be lifted