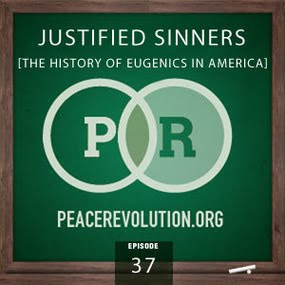 1.     Use the "Donate" buttons at the bottom of these notes, or on the side bar of this site, or the T&H Community, or the T&H dot com site, for “The Ultimate History Lesson: A Weekend with John Taylor Gatto” multi-DVD interview project, currently in post-production. With over 5 hours of interview footage, this is a collection of education which is invaluable.
a. If you donate $50 or more towards the completion of this project, you will receive the entire DVD set; as our way of saying Thanks!
2.     Your invitation to the Tragedy and Hope online critical thinking community
3.     Peace Revolution Podcast’s primary hosting site (2009-2011)
4.     Peace Revolution Podcast’s backup hosting site (2006-2011, also includes the 9/11 Synchronicity Podcast episodes, starting at the bottom of the page)
5.     Tragedy and Hope dot com (all of our media productions, freeto the public)
a. On the top menu, there is a “Trivium” selection, which includes the Brain model discussed in Peace Revolution episodes.
6.     “A Peaceful Solution” by Willie Nelson w/thanks to the Willie Nelson Peace Research Institute
7.     T&H Partner Podcasts: Media Monarchy, Corbett Report, Gnostic Media, & Remedy Radio
8.     www.StartPage.com (It uses Google’s search algorithm, but doesn’tcollect your private info and search history)
a. StartPage search engine Firefox add-on
9.     (Video) Bilderberg Group 2003, by BBC
10.     (Video) The Last Word on Utopia, by James Corbett (on CorbettReport.com)
11.     (Video) Maafa 21: Black Genocide in the 21st Century(on YouTube)
a. Margaret Sanger (on Wikipedia)
b. Eugenics (on Wikipedia)
c. Eugenics Record Office (on Wikipedia)
d. Eugenics and Population Control (in The Brain Model)
e. Charles Darwin (on Wikipedia)
f. Francis Galton (on Wikipedia)
12.     (Video) Webster Tarpley Interview “The Elite’s Plan for Global Extermination”,by InfoWars & PrisonPlanet.tv (on YouTube)
a. (Article) “Obama’s Science Czar Considered Forced Abortions, Sterilization as Population Growth Solutions” (via FoxNews.com)
b. John Holdren(on Wikipedia)
c. Ecoscience (on Amazon.com)
d. Paul Ehrlich(on Wikipedia)
1. “The Population Bomb” (on Wikipedia)