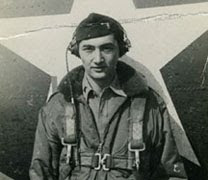 from cnn: Noted author and social activist Howard Zinn died of a heart attack Wednesday while traveling, his daughter, Myla Kabat-Zinn, said. Zinn, author of "A People's History of the United States," was 87. Kabat-Zinn said her father, who lived in Auburndale, Massachusetts, died while traveling in Santa Monica, California.

"A People's History of the United States," first published in 1980, tells a history not often in seen in other books - from the perspective of those not in a seat of power.

The book was the inspiration for a 2009 documentary, narrated by Zinn, called "The People Speak." The film highlighted people who spoke up for social change, according to the Web site of the History Channel, which aired the program...

Kabat-Zinn said of her father that he lived a "very full and exciting life" and that there were many social issues that were very important to him. Above all, she said, her father believed that there is no "just war."

Zinn's death on the day of President Obama's first State of the Union address was underscored by his contribution to a recently released special from The Nation magazine called "Obama at One."

"I've been searching hard for a highlight," he wrote. "The only thing that comes close is some of Obama's rhetoric; I don't see any kind of a highlight in his actions and policies."