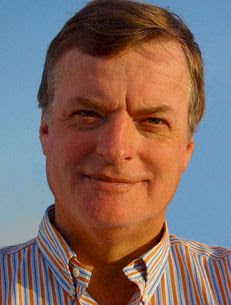 from steve watson: Peter Power, the former Scotland Yard official Anti-Terrorist Branch official, who oversaw drills of the very events of the London bombings on the morning of 7/7 as they were happening, has revealed more details behind the events for the first time in three and a half years. A statement, apparently from Mr Power, has appeared in the comments section of a recent blog posting regarding comments Power made on the BBC last week.

As we highlighted, the “crisis management expert” revealed that some companies used the shut down of the city of London on Wednesday, during the G20 protests, as a dress rehearsal for an influenza pandemic.

In response to an explanation of who Peter Power is, which was added by the Uncensored Magazine blog, Mr Power himself posted a lengthy statement in which he reveals that the company he was working with on 7/7 was London based information giant Reed Elsevier.

The company is most notable for its ownership of the Lexis/Nexis legal database, as well as many other information sources. As Elsevier, it runs a vast number of science journals, including some of the biggest and most reputable ones. Reed is also known as a host of large exhibitions. The company part owns the ExCel Centre in London’s Docklands area, where the G20 summit was held this past weekend...

To re-cap the situation, on the afternoon of July 7th, 2005, Power told a BBC radio interviewer that his company was running an exercise for an unnamed group that revolved around three bombs going off at precisely the same tube stations and precisely the same time as those that were hit that morning. 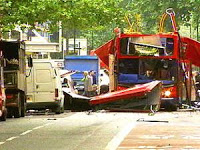 from itn: Police have been ordered to release footage of the July 7 bombers after a three-year freedom of information battle. The video shows the terrorists chatting, putting on rucksacks and buying snacks on their way to carry out suicide bombings that killed 52 innocent people in London. In chilling scenes, Hasib Hussain is also seen shopping for a battery and stopping at McDonald's as he struggles to make his device work after the other bombs have been detonated. The footage was described in detail in the Home Office's Narrative report, which was published the year after the devastating 2005 attacks. But very little of the material has so far been made available to the public. The Information Commissioner overruled objections from Scotland Yard that disclosure could disrupt its investigations, and ordered that seven pieces of footage should be released. The force has 35 days to either appeal or disclose the material. Three of the bombers detonated their devices almost simultaneously at 8.50am, Lindsay under King's Cross, Mohammad Sidique Khan at Edgware Road, and Shehzad Tanweer at Aldgate. Hussain set off his bomb on a bus in Tavistock Square at 9.47am. The Commissioner ruled that the faces of anyone other than the bombers should be pixelated in the footage.