from nytimes: Amid the last-minute shopping bustle, the voice in the Black Hawk helicopter simulator shouted with an urgency that exceeded even the holiday mall frenzy.

At the Franklin Mills mall here, past the Gap Outlet and the China Buddha Express, is a $13 million video arcade that the Army hopes will become a model for recruitment in urban areas, where the armed services typically have a hard time attracting recruits.

The Army Experience Center is a fitting counterpart to the retail experience: 14,500 square feet of mostly shoot-’em-up video games and three full-scale simulators, including an AH-64 Apache Longbow helicopter, an armed Humvee and a Black Hawk copter with M4 carbine assault rifles. For those who want to take the experience deeper, the center has 22 recruiters. Or for more immediate full-contact mayhem, there are the outlet stores.

The facility, which opened in August, is the first of its kind. It replaces five smaller recruitment stations in the Philadelphia area, at about the same annual operating cost, not counting the initial expenses, said Maj. Larry Dillard, the program manager. Philadelphia has been a particularly difficult area for recruitment.

The Army recruited 80,517 active personnel in the fiscal year that ended in October, slightly surpassing its goal of 80,000, though as in recent years it fell below its goal of having 90 percent of recruits be high school graduates.

and on a related note... 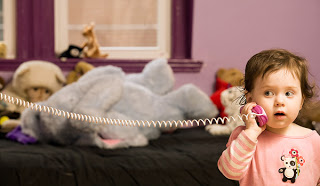 from telegraph: Toddlers could be screened for speech problems after evidence that many are so addicted to television and video games that they are failing to learn basic communication skills. An ambitious nationwide screening programme for two-year-olds is reportedly being considered to tackle the problem which experts say is now more prevalent than dyslexia or autism. The decline of the traditional family meal time, the long-hours culture in the parents' workplaces, poor childcare with little stimulation and social deprivation are also being blamed. Barely a 10th of children in some areas can repeat even one nursery rhyme and, in extreme cases, some do not even know their own name. The screening programme is being considered after a review into services for children with speech problems led by the Tory MP John Bercow. Tests could be carried out by health visitors in a similar way to that in which they check eyesight, hearing and general development. Mr Bercow concluded that children with untreated speech difficulties are at risk of ending up unemployed, experiencing mental health problems and involved in crime. "If children are in a home in which they are getting insufficient stimulation, where there is not enough interaction, or where communication through the spoken word is not as common or extensive or imaginative as it might be, that is bound to have an impact," he told the Daily Mail. "The reality is that for far too long, speech and language problems have been under-recognised."