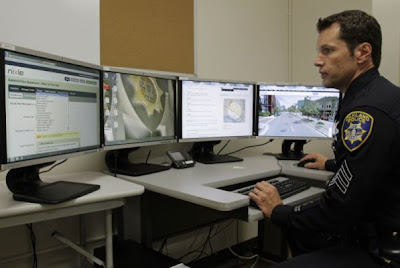 from newsday.com: Across the country, law officers are adding a new form of social media to their arsenal of crime fighting tools. Almost 6,000 law enforcement agencies are now deploying the public notification service Nixle to provide residents with real-time alerts on crimes in progress, traffic messes and missing children. Previously, the service has helped police in Amarillo, Texas, capture a fugitive wanted for aggravated robbery and probation violation; and authorities in Fayetteville, N.C., nabbed a suspect wanted for armed robbery soon after a Nixle alert was sent to residents. With the San Francisco-based service approaching 1 million subscribers, with police departments participating in major cities such as Chicago, Los Angeles, Baltimore and Dallas, it is part of what one expert calls a new “blue wave” of electronic community policing that lets cops reach out directly to the public. The International Association of Chiefs of Police recently found in a survey of 800 law enforcement agencies that nearly nine out of 10 use some form of social media and more than half reported that social media have helped solve crimes.