poll: use of atomic bombs in wwii was ok 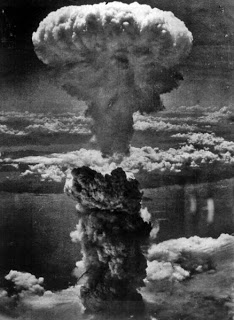 from ap: A majority of Americans surveyed think dropping atomic bombs on Japan during World War II was the right thing to do, but support was weaker among Democrats, women, younger voters and minority voters, according to a Quinnipiac University poll. The poll, released Tuesday, found 61% of the more than 2,400 American voters questioned think the U.S. did the right thing; 22% called it wrong, and 16% were undecided. The first bomb was dropped Aug. 6, 1945, on Hiroshima. An estimated 140,000 people were killed instantly or died within a few months. Tens of thousands more died from radiation poisoning in the years following. Three days later, another bomb was dropped on Nagasaki, killing about 80,000 people. Japan surrendered less than a week later.

One response to “poll: use of atomic bombs in wwii was ok”