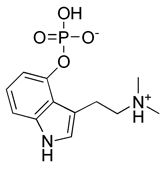 the late bill hicks always wondered why there weren't positive drug stories on the news, like:

"Today, a young man on acid realized that all matter is merely energy condensed to a slow vibration... that we are all one consciousness experiencing itself subjectively. There's no such thing as death, life is only a dream, and we're the imagination of ourselves. Here's Tom with the weather." 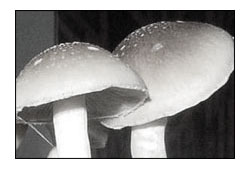 from abc news: "Magic mushrooms," used by Native Americans and hippies to alter consciousness, appear to have similar mystical effects on many people, U.S. researchers reported on Tuesday.

More than 60 percent of volunteers given capsules of psilocybin derived from mushrooms said they had a "full mystical experience."

"Many of the volunteers in our study reported, in one way or another, a direct, personal experience of the "beyond," said Roland Griffiths, a professor of Neuroscience and Psychiatry and Behavioral Biology at Johns Hopkins University in Baltimore who led the study.

A third said the experience was the single most spiritually significant of their lifetimes. Many likened it to the birth of their first child or the death of a parent.

And the effects lingered.

Two months after getting the drug, 79 percent of the volunteers said they felt a moderately or greatly increased well-being or life satisfaction, according to the report published in the journal Psychopharmacology.

from forbes: Volunteers who tried the hallucinogenic ingredient in psychedelic mushrooms during a controlled study funded by the U.S. government had "mystical" experiences, and many of them still felt unusually happy months later.

The aims of the Johns Hopkins researchers were simple: to explore the neurological mechanisms and effects of the compound, as well as its potential as a therapeutic agent.

Although psilocybin -- the hallucinogenic agent in the Psilocybe family of mushrooms -- first gained notoriety more than 40 years ago, it has rarely been studied because of the controversy surrounding its use.

This latest finding, which sprang from a rigorously designed trial, moves the hallucinogen's effect closer to the hazy border separating hard science and religious mysticism.

"More than 60 percent of the volunteers reported effects of their psilocybin session that met the criteria for a 'full mystical experience' as measured by well-established psychological scales," said lead researcher Roland Griffiths, a professor in the departments of neuroscience, psychiatry and behavioral biology at Johns Hopkins University in Baltimore.

What's more, most of the 36 adult participants -- none of whom had taken psilocybin before -- counted their experience while under the influence of the drug as "among the most meaningful and spiritually significant experiences of their lives," Griffiths said. Most said they became better, kinder, happier people in the weeks after the psilocybin session -- a fact corroborated by family and friends.

The researchers also noted no permanent brain damage or negative long-term effects stemming from use of psilocybin.

huh? you mean natural things growing from the earth are good for us? that they shouldn't be illegal? well once again, mr. hicks knew the answer to that question:

"Actually, I'm against drugs being legalized, and this is why. Last weekend, my friend and I went into a farm, took some mushrooms, and we sat on a field. I looked up into the sky and saw God. He told me that there is nothing to fear, that he loves every single creature on this planet, and he showered gifts of forgiveness and love onto the Earth, and I realised that there was nothing to fear, and I loved everything ... Now, if that isn't a bad thing for this country, I don't know what is. How can we continue to make weapons if we love everything?"