from ap: Children suffered higher rates of fever-related convulsions when they got a Merck & Co. combination vaccine instead of two separate shots, according to a new study presented Wednesday. The results prompted a federal advisory panel on vaccines to water down their preference for the combo vaccine ProQuad, which protects against measles, mumps and rubella as well as chickenpox. 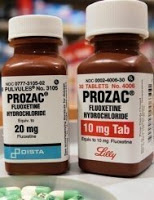 from afp: Doctors urged patients to keep taking their anti-depressants Wednesday despite a scientific study showing that the drugs are little more effective than placebos in treating depression. Doctors are warning their patients not to suddenly stop taking the medication prescribed to them… “Given these results, there seems little reason to prescribe anti-depressant medication to any but the most severely depressed patients unless alternative treatments have failed to provide a benefit.”

from examiner: A circuit judge has upheld a $196.2 million punitive damages award against DuPont in a class-action pollution case. Harrison County Circuit Court Chief Judge Thomas A. Bedell also adopted a nearly $130 million estimate for a medical monitoring plan, but ordered the Wilmington, Delaware-based chemical giant to pay for those costs as they occur. The jury in the case required DuPont to provide medical monitoring for 40 years to people who were exposed to arsenic, cadmium and lead from a former zinc-smelting plant in the small community of Spelter. DuPont said in a prepared statement Tuesday that it was disappointed by the ruling and plans to appeal to the West Virginia Supreme Court.

from the herald: When the doomsday vault opens in the freezing Arctic archipelago of Svalbard this week, it will mark the latest attempt to preserve our natural resources in the face of climate change and other threats the planet faces… Cary Fowler, the man behind the doomsday vault, said the back-up crop seed bank had been constructed in the context of 9/11 and Hurricane Katrina and a recognition that contingency plans had to be made against natural or man-made disasters.

from bbc: The first 30,000 pages have been unveiled of a vast encyclopedia which aims to catalogue every one of our planet’s 1.8 million species… The Encyclopedia of Life (EOL) – described as the “ultimate field guide” – is to encompass all six kingdoms of life, and even viruses – which many researchers do not consider to be living organisms… “The thing that makes the encyclopedia possible now, when it would not have been possible five years ago, is that there are many online resources that have been developed which we can draw upon,” Dr James Edwards, executive director of the Encyclopedia of Life, told BBC News.

from click2houston: Crickets, caterpillars and grubs are high in protein and minerals and could be an important food source during droughts and other emergencies, according to scientists. “I definitely think they can assist,” said German biologist V.B. Meyer-Rochow, who regularly eats insects and wore a T-shirt with a Harlequin longhorn beetle to a U.N.-sponsored conference this month on promoting bugs as a food source.