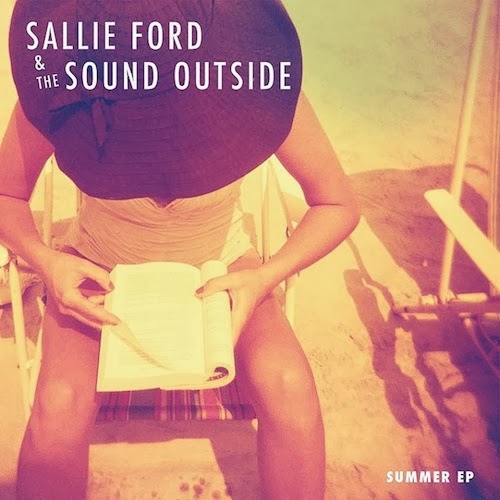 @PumpUpThaVolume: Episode091 – The Eagle Has Landed

"♫Makin' a soundtrack for another planet to hear♫ on Episode091 - The Eagle Has Landed which features brand new sounds from Andrew Bird, Zara McFarlane, Sharon Jones & the Dap Kings, Sharon Jones and the Dap-Kings, War On Drugs, Fink, History Of Apple Pie, Grizzly Bear, Vaadat Charigim, Typsy Panthre and Sallie Ford and the Sound Outside...

Previous: Episode090 - What You Need

****************************************
♫Liner Notes♫: It seems like the general consensus is that 2013 was awful - in terms of politics, economics and emotions. But the worse things got, the more I tried to walk on the sunny side of the street. I saw some amazing shows this year (Morrissey, Soul Asylum, Best Coast, Goblin, Polyphonic Spree, Nine Inch Nails, Dismemberment Plan and many more - maybe the most in one year ever) and tried to keep this modest little musical enterprise going and growing. I've made some great connections with exciting artists via Twitter (the retweets and favorites from bands ALWAYS make me super stoked) and even made virtual friends with legends like Exene Cervenka! And I keep forgetting to mention that if there was an under-the-radar meme for 2013, it had to have been "blurred lines": There was, of course, the awful Robin Thicke song (hopefully, 2014 will see him paying the Marvin Gaye estate handsomely). But there was also Those Darlins' album 'Blur The Line', which they almost changed the title of so as NOT to be associated with Thicke. And then there's the aforementioned Polyphonic Spree who have a song on their new record called "Blurry Up The Lines"... ANYWAY, I love doing this and I hope you do, too. Thanks so much and now, for one last time in 2013, let's Pump Up Tha Volume!

Andrew Bird
"Pulaski At Night"
'I Want To See Pulaski At Night' EP
Grimsey, 2013
Note: We begin our final episode for 2013 with one of the most underrated (Right? He's not nearly nearly loved enough, is he?) artists around and we're glad to finally have him on the show. "It’s hard to think of Andrew Bird’s new EP as an EP... Bird fashioned the release around a single song, “Pulaski at Night”, which he wrote but did not want to hold until he had enough for a full-length. Instead, he composed a handful of instrumentals to form lengthy prologues and epilogues to “Pulaski”, comparing it to soundtracking a film. So think of the EP as the director’s cut of the main song. Or an extended mix. Or a short suite... “Pulaski at Night” is prime Bird: tightly crafted, lyrically witty, understated yet sophisticated in its arrangement of loops and plucks and thrums and whistles. “I paint you a picture of Pulaski at night,” he sings on the chorus. “Come back to Chicago, city of light.”"
(More Info)

Zara McFarlane
"You'll Get Me in Trouble"
'If You Knew Her'
Brownswood, 2014
Note: Song source KCRW says, "London-based singer Zara McFarlane carries on in the tradition of great female jazz vocalists." USA Today notes, "We've made our lists of favorite music from 2013. Now it's time to look ahead to 2014. An early favorite: London-based jazz singer Zara McFarlane... If You Knew Her is poised to be one of 2014's breakthrough jazz albums, with perfectly realized performances that echo greats like Nina Simone and Cassandra Wilson. Previously posted tracks Angie La La and Open Heart have gotten the buzz on McFarlane started. But You'll Get Me in Trouble's exquisite melody, which McFarlane delicately renders as she accompanies herself on acoustic guitar, offers a perfect introduction to her marvelous voice — one sure to stick with you in the coming year."
(More Info)

Sharon Jones & the Dap Kings
"Retreat!/Ain't No Chimneys in the Projects"
'Give The People What They Want/Soul Time'
Daptone, 2014/2011
Note: With a highly anticipated record coming in two weeks, the unstoppable soul power of Sharon returns after postponing the new album and tour to kick cancer's ass. I recently reviewed the new full-length for a sister station to my talk radio job. AND we've got two tracks from Miss Jones: one from the new full-length, the other is a little Christmas action from their 2011 record, 'Soul Time'. "If this song had just the tubular bells at the top and then that Motown guitar riff, I'd have been hooked and happy. But then, along comes Sharon Jones, the brilliant, powerful soul singer, and the song explodes. "Retreat!" is the perfect marriage of singer, song and band."
(More Info)

War On Drugs
"Red Eyes"
'Lost In The Dream'
Secretly Canadian, 2014
Note: "We’ve heard barely a peep from Philly’s ambient heartland rockers the War On Drugs this year...but it seems like 2014 will be far busier for them. Frontman Adam Granduciel has been hinting at a new album called Lost In The Dream since summertime, and now we’ve got confirmation that the record is coming in March along with a lead single to remind us how awesome this band is. The song’s called “Red Eyes,” and it picks up right where 2011′s Slave Ambient left off, riding the night train to some ethereal destination with blurry vision and Springsteen on the brain."
(More Info)

Fink
"Berlin Sunrise"
'Fink & The Royal Concertgebouw Orchestra'
Ninja Tune, 2013
Note: We heard from UK producer/singer/songwriter Fink for Thanksgiving 2012, just as his group was playing and recording... a lot. "Last year, [UK's] Fink performed a concert with one of the world’s best symphony orchestras – the Royal Concertgebouw Orchestra in Amsterdam. Now, Ninja Tune is releasing the staggering results. The album comes in a beautiful, high-value package with a booklet of photographs by Tommy N Lance, documenting the experience of putting together such a huge, complex concert, as well as liner notes by the band."
(More Info)

History Of Apple Pie
"Tug"
'Out Of View'
Marshall Teller, 2013
Note: And now for the strangest band name of the episode - if not the year - it's the "relentlessly perky London five-piece whose similar predilection for American indie oldies has [like their friends Yuck] been painted as a nostalgia thing, though the blatant nature of their influences means the description suits them much better. Out of View, their debut full-length, follows a series of well received singles, and appropriates the signature fuzzed-out rock sound of indie rock's golden years in much the same way as bands such as Best Coast and Real Estate recontextualized 60s guitar pop: as a vehicle for yearning for what they perceive to be simpler times."
(More Info)

Grizzly Bear
"Everyone I Know"
'Shields: B-Sides'
Warp, 2013
Note: Making their third appearance on PUTV, the beloved Brooklyn band had another banner year and further confirm (as if it was necessary) the legendary status of their label. "The delicacy of Grizzly Bear’s music likens them more to sculptors than musicians. They craft their albums with the kind of care and patience that is easy to under-appreciate. Intent on outdoing themselves, the Brooklynite quartet put on a compositional clinic on their fourth album, last year’s Shields. It was a record assembled with a watchmaker’s precision, with all of the shivering translucency of an ice sculpture. To the surprise of no one, Shields: B-Sides is no different. An assortment of outtakes, demos and remixes from multiple studio sessions, B-Sides offers further evidence for Grizzly Bear’s reputation as quality control freaks. While it contains neither the polish nor richness usually found the band’s usual full-lengths, it’s an eminently solid addition to their catalogue."
(More Info)

Vaadat Charigim
"Haolam Avad Mizman"
'The World Is Well Lost'
Anova/Burger, 2013
Note: "It's handy enough to think of Vadaat Charigim as the "Israeli shoegaze band," but that's also unfairly reductive. Sure, there are bendy guitars and walls of fuzz — just listen to their debut album The World Is Well Lost below — but you'll also find the springy sound of Slumberland Records, and the vocal swoon of Morrissey mixed up with the punk-punk'ed hum of Ian Curtis. And sure, this trio is from Tel Aviv, but they're perfectly at home on California cassette bastion Burger Records..."
(More Info)

Typsy Panthre
"Claudine"
'Korda Komp 2'
Korda, 2013
Note: Bubbling up from the MPLS scene, "Typsy Panthre is the recording duo Allison LaBonne and John Crozier. They released two songs in 2009 on a vinyl split EP with The Starfolk on mpls ltd which received widespread college airplay. Typsy Panthre’s self titled debut LP is out now on Korda Records. Their sound is fun and dark; like a 2nd cousin of the Smiths and Nick Drake with electronic drums and gentle female vocals." This new track is exclusive to Korda Records second compilation of bands on the label's roster.
(More Info)

Sallie Ford & the Sound Outside
"The Eagle Has Landed"
'Summer EP'
Partisan, 2013
Note: And now we come to the end of our first full year of PUTV with the fourth and final bow from one of Portland's hottest bands. But it's not really the end as Sallie dumps the boys of the Sound Outside and switches to an all-girl backing band for 2014. (Remember, you heard it here first that they'll probably be called Sallie Ford & the Kids!) ""It's impossible to have just one inspiration for me and it's impossible to copy something so it ends up sounding modern that way. I also write about my life and my lyrics are sometimes about current things going on, plus I like to swear a lot in my songs." She sure does. In fact, one cut off the "Summer" EP (a five track rouser which also includes the surf/hot-rod instrumental "The Eagle Has Landed" and a boss cover of Wreckless Eric's "Whole Wide World") can only be bowdlerized for this family publication as "(Expletive) That!" As she puts it, "I first started swearing in my songs to (give) a modern feel to the music. I guess it's also fun to swear 'cause it gets people's attention."" She does some of that swearin' on our 'Best of 2013' mixtape, too!
(More Info)