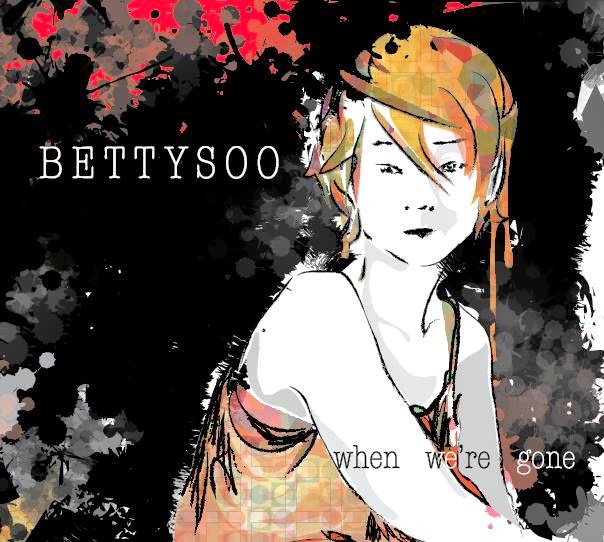 Bad Suns
"Cardiac Arrest"
'Transpose' EP
Vagrant, 2014
Note: "Bad Suns formed in 2012 in Woodland Hills, California. The bandmembers were all relatively young, ranging in age from 19 to 22, but had taken cues for their sound from '70s and '80s post-punk pioneers like the Cure and Elvis Costello. The band blended the angsty songwriting influence of these legends with a more contemporary look into hook-heavy indie rock to form the basis of their extremely catchy sound... An EP entitled Transpose materialized in early 2014 on the Vagrant label, which signed Bad Suns for the release of their full-length debut..."
(More Info)

Hercules & Love Affair
"Do You Feel The Same?"
'The Feast of the Broken Heart'
Moshi Moshi, 2014
Note: "Led by producer Andy Butler, Hercules & Love Affair’s four-on-the-floor blend of nu-disco and house grows more and more diverse with each addition to its rotating cast of characters... Led by a slithering, pulsating bassline, ["Do You Feel The Same?"] picks up where the Chicago house-based Blue Songs left off, employing sleek synths and house-style piano that accentuate the song’s pristine bounce." The NY-based collective first blew up on DFA with an Antony Hegarty-sung song.
(More Info)

S. Carey
"Crown The Pines"
'Range of Light'
Jagjaguwar, 2014
Note: Wow, S. Carey kicked off our second episode just over two years ago! "Bon Iver associate and multi-instrumentalist S. Carey is releasing his new solo album, Range of Light, on April 1st through Jagjaguwar. The album was recorded at Justin Vernon’s April Base Studios in Wisconsin and finds Carey expanding on the airy arrangements of 2012′s Hoyas EP. Our latest glimpse at the new record comes courtesy of “Crown the Pines”, a delicate, but richly layered number that sounds like a cross between Vernon and Sufjan Stevens. Tingling keys, xylophone, strings, and vocals lace and interlock with one another, forging a serene and blissful soundscape."
(More Info)

Pattern is Movement
"River"
'Pattern is Movement'
Hometapes, 2014
Note: "Pattern Is Movement will end its nearly six-year silence this spring. On April 1, Hometapes will release the Philadelphia-bred project's fourth album, a self-titled, 10-track effort that follows 2008's All Together. After undergoing various lineup and stylistic changes, Pattern Is Movement has settled into an R&B-mining duo featuring founding members Andrew Thiboldeaux (Rhodes piano, synth, bass, and vocals) and Christopher Ward (drums). To promote their upcoming effort, the studio-savvy shape-shifters have announced a month-long tour of the U.S. and shared the record's opening track, "River." Blending peppy piano, thick low-end buzz, and the kinds of vocal acrobatics usually associated with Dirty Projectors, the new single offers an inviting look at what Thiboldeaux and Ward have been brewing for the past few years."
(More Info)

G. Love & Special Sauce
"Cheating Heart"
'Sugar'
Brushfire, 2014
Note: "G. Love & Special Sauce will spend 2014 celebrating the 20th Anniversary of their self-titled debut with a brand new album built on the trio’s signature hip-hop blues sound. Sugar, which will be released on April 22nd via Brushfire Records, reunites original members G. Love, upright bassist James “Jimi Jazz” Prescott, and drummer Jeffrey “The Houseman” Clemens for the first time in eight years. The band has also confirmed a 45-date U.S. tour, and will perform their first album, G. Love & Special Sauce, in it’s entirety during the first set of each show. The 1994 classic album features some favorite fan hits including “Cold Beverage” and “Baby’s Got Sauce.”" One of the best concerts I ever saw was G. Love at my college in spring 1997. It was the last time they had a free, open-air, come-and-go-as-you-please show on campus which is exactly what made it great. Even some members of the band Live were hanging out!
(More Info)

Baseball Project
"From Nails To Thumbtacks"
'Third'
Yep Roc, 2014
Note: "Sports and rock music haven’t always been a winning combo, but the members of The Baseball Project’s earnest enthusiasm for the sport and musical pedigree produces one of the most consistently enjoyable musical tributes to sports... The subject of “From Nails to Thumbtacks” is Mets/Phillies center fielder Lenny “Nails” Dykstra, whose post-baseball years were filled with as many downs as his career was with ups." It's Scott McCaughey of Minus 5, Peter Buck AND Mike Mills of R.E.M. plus Linda Pitman of Zuzu’s Petals!
(More Info)

BettySoo
"Listen"
'When We're Gone'
self-released, 2014
Note: "It’s been five years since BettySoo bubbled out of the Austin scene with Heat Sin Water Skin. Her third album garnered raves for its mix of country, folk, and pop, earning comparisons to fellow Austin tour-de-force Patty Griffin... “Listen” kicks off When We’re Gone with orchestral flourishes and a slowly building groove." And her fourth solo album is a crowdfunding success story, too!
(More Info)

Beck
"Waking Light"
'Morning Phase'
Capitol, 2014
Note: Making his second appearance on PUTV after the first tease from his latest record came from last August, it's the chameleon known as Beck Hansen. "The idea that Morning Phase is a “companion piece of sorts”—to quote directly from a press release—to Beck’s 2002 album, Sea Change, is a nice way of saying he’s decided to re-explore the same musical terrain more than a decade later. For those enamored of Beck at his saddest, it’s a welcome return... the album is not all Bummertown...Album-ender “Waking Light” even makes a vague attempt to praise dawn’s early light, suggesting that Beck might’ve worked his way through some shit here, just as he clearly did a decade ago."
(More Info)

MaLLy
"A Long Day"
'The Colors of Black'
self-released, 2014
Note: "It’s been almost two years since MaLLy’s debut album The Last Great introduced the world to the boastful Minneapolis rapper, but today [April 8] the MC finally unveiled his follow-up LP The Colors of Black online where it can be streamed for free. The project highlights MaLLy‘s raw, realistic wordplay, painting images of gritty urban neighborhoods over ominous instrumentals and dense rhymes" We heard from Mally way the eff back on lucky Episode007 where he shared a track with another PUTV alum that we also just heard new music from, K.Raydio!
(More Info)

Vibragun
"Dirty Thing"
'Vibragun'
No-Count, 2014
Note: "In 2011, Vibragun was formed, a few songs were recorded and the band was headed for a trip to SXSW — simple enough, right? But not long after, in 2013, Berstrom went through a family tragedy, losing his grandmother. ”I started to find I couldn’t focus on anything and I kept telling myself I was handling it, but it pushed me over the edge,” he explained. After seeking treatment for depression and alcohol abuse, Berstrom went on, thankfully, to release the 8-track self-titled record in January 2014... On the song “Dirty Thing”, for example, there is a recognition that we must understand what’s good and happy, as well as what’s hard and, yes, sad. “If you don’t look down, that’s a dirty thing,” the opening lyrics note."
(More Info)

(Thanks again to @KEXP, @KCRW, @KUTX, WXPN, @TheCurrent, @TwilightCircus1 and you!)