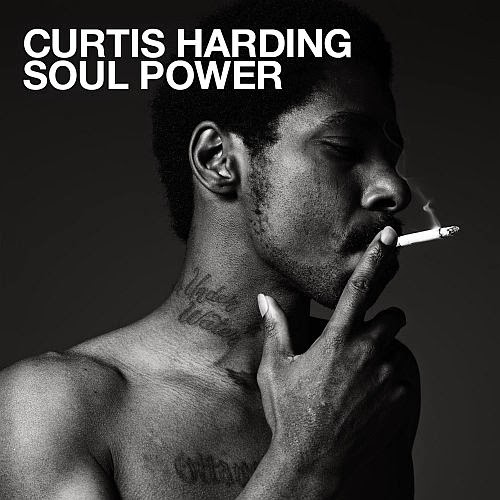 Curtis Harding
“Keep On Shining”
‘Soul Power’
Burger, 2014
Note: “Atlanta based singer, songwriter, and guitarist Curtis Harding’s got a knack for creating an accessible hybrid of blues, jazz, and soul. He previously honed his R&B sensibilities backing up Cee-Lo Green on tour, but now, he’s releasing his own solo album, Soul Power, out April 22nd via Burger Records. Take one listen to the silky smooth lead single, “Keep On Shining”, and it’ll be readily apparent how and why the forthcoming LP got its name. Marked by a prominent horn section, jazzy guitars, and Harding’s smokey croon, it’s a strong bluesy debut full of earworms and retro-tinged flair.” If you “Keep On Shining” then “I’ll Be Around“!
(More Info)

Little Barrie
“Sworn In”
‘Shadow’
Tummy Touch, 2014
Note: “The U.K. band, fronted by Primal Scream member Barrie Cadogan, will be releasing their fourth effort Shadow this May, and you can hear the album’s first single “Sworn In” exclusively…“
(More Info)

PHOX
“Slow Motion”
‘PHOX’
Partisan, 2014
Note: Let’s get another track from the band who moved to “Portland of the heartland, Madison, WI” to make their upcoming record. The banjo is back, and it’s… seductive? Meet Phox, the indie folk band of your dreams. The sextet have released the video for their latest single, “Slow Motion.” In it, frontwoman Monica Martin channels her best Amy Winehouse by way of sultry soul vocals. “Slow Motion,” Martin told USA Today, stems from her experiences working at a coffeehouse in their native Baraboo, Wisconsin (a town of 12,000 people)… BTW, if the song sounds familiar to you, that because it’s gotten some television airplay on NBC’s Parenthood and Fox’s Rake. Phox will release their debut self-titled album on June 24.“
(More Info)

Caetano Veloso
“O Imperio da Lei”
‘Abraçaço’
Nonesuch, 2014
Note: “Caetano Veloso’s new album, Abraçaço, (which means “big hug”) is not some subdued, late-career exercise in nostalgia or retrospection. Though the record calms down a bit as it moves along, it uses the same band as Veloso’s previous album, Cê, which also surprised many listeners with its edgy rock sound. Veloso was a pioneering figure in the Tropicalia movement of the 1960’s, which changed the course of Brazil’s popular music scene and had a huge impact on wider Brazilian culture.“
(More Info)

Dan Croll
“From Nowhere” (Live on KUTX)
‘Sweet Disarray’
Decca, 2014
Note: We heard “Compliment Your Soul,” an indie single from the UK’s multi-talented Mr. Croll, back on Episode052. Now the full-length has arrived and it’s on the legendary Decca Records! “A British singer, songwriter, and multi-instrumentalist (piano, trumpet, guitar, bass, drums, and organ among them), Dan Croll combines folk elements and classic Paul Simon-like melodies with electronic beats, African polyrhythms, and guitar hooks, giving his work a lot of varying sounds and dimensions.“
(More Info)

Mercy Beat
“Sweet”
self-released, 2014
Note: “Merseybeat was the name given to the variety of rock and roll that exploded out of Liverpool in the late ’50s and early ’60s. L.A.’s Mercy Beat is an adaptation of that term, of course, but they’re less skiffle and more dance-influenced. There’s not a whole lot of information about the group as of yet; while context and bios are easy in the digital age, the Mercy Beat are keeping things anonymous. What is known is the globe-hopping pedigree, with members hailing from Hong Kong, Hawaii, and New York… The Mercy Beat’s debut single, “Sweet,” doesn’t need a whole lot of context. It bobs up and down on a steady backbeat, drawing a line between reggae and more contemporary dance music. The hook is just as–dare we say–sweet, delivered in a smooth croon.” These Brisbane boys make a pretty sweet beat!
(More Info)

Eagulls
“Possessed”
‘Eagulls’
Partisan, 2014
Note: We heard from these UK shit stirrers a few weeks ago and the walls are still shaking! “The songs we’ve heard so far from Eagulls have been ferociously shouted, violently deployed post-punk anthems… The Leeds band’s latest single “Possessed” is like that too, but it’s sopping with the same sonic bliss that bathed Loveless and the music of many MBV disciples since. “Possessed” hits hard even by this band’s standards, and Eagulls execute that viscerally dreamy aesthetic better than most folks not named Kevin Shields, so the track furthers the already strong case that Eagulls is a debut not to miss this year.“
(More Info)

Elbow
“Fly Boy Blue/Lunette”
‘The Take Off and Landing of Everything’
Fiction/Concord, 2014
Note: “The moodily ambitious Manchester band Elbow…release their sixth album… it follows 2011′s Build A Rocket Boys! Frontman Guy Garvey has named an intriguing set of key influences: space-rock, prog, Primal Scream, Spiritualized. I don’t know about the other three, but there’s definitely some prog to be heard in first single “Fly Boy Blue / Lunette,” a sprawling and heavily orchestrated strummer that moves assuredly through different movements and keeps the same wounded air throughout. The song’s video is entirely made up of footage of the band recording in the studio…“
(More Info)

Jimi Goodwin
“Oh! Whiskey”
‘Odludek’
Heavenly, 2014
Note: Hey, that’s the lead singer of Doves! “English singer-songwriter Jimi Goodwin…releasing his solo album Odludek… Goodwin is the interdisciplinary vocalist/guitarist/bassist behind Doves, who we haven’t heard from since they released 2009′s Kingdom Of Rust. Goodwin will be touring alongside fellow early 2000s English indie-rock band Elbow… “Oh! Whiskey” is the first single off of Odludek, and it’s a stomach-warming downer of a song. In the opening chorus Goodwin sings, “Oh! Whiskey give me patience/Oh! Whiskey give me truth/Oh! Whiskey give me empathy/Just don’t give me the blues.” It is later revealed that whiskey is not encouraging any of these positive things, it is mostly just bumming him out. What’s remarkable about “Oh! Whiskey” is the way it changes motion without sounding disjointed. Midway through the track, Goodwin’s voice picks up along with the melody and the drumbeat morphs into something spluttering and halfway-hopeful.” I saw Doves in DC over a decade ago and the opener was a little up-and-coming band called My Morning Jacket.
(More Info)

Future Islands
“Seasons (Waiting On You)”
‘Singles’
4AD, 2014
Note: If you haven’t heard Baltimore’s Future Islands then you’re just not up on your Letterman memes. “But Future Islands, who released their fourth album, “Singles,” last week, is much more than just a meme. “Singles” has been called their best effort yet, even earning critical plaudits from Pitchfork. “These songs […] invite us to participate in Herring’s world,” wrote Pitchfork’s Jeremy D. Larson, “one shaped by geological heartbreak events and their epochal reflection periods, told with nothing more than the simple truth.”” Why yes, that does sound like “Born Slippy” at the intro and you can watch the infamously awesome ‘Late Show’ clip here.
(More Info)

Sonny Knight & the Lakers
“Juicy Lucy”
‘I’m Still Here’
Secret Stash, 2014
Note: Think Minneapolis’ version of Charles Bradley… “For Sonny Knight, the making of his debut album nearly 50 years after releasing his first single has effectively pushed the reset button on a long and interrupted career, bringing it around full circle musically and geographically. He and his new backing band, the Lakers, recorded I’m Still Here in a subterranean Minneapolis studio a scant seven blocks away from the basement studio beneath a long shuttered record store where he recorded his first 45 (as Little Sonny Knight & The Cymbols) in 1965 at age 17.“
(More Info)

Katie Kate
“Rushmore”
‘Nation’
self-released, 2014
Note: “Seattle hip-hop is fun because no matter what kind of hip-hop you are into, chances are, our fair city has a local artist to fit the sound… We got a glance at “Rushmore” when Katie Kate brought it to the KEXP studio just a few months ago, but today, you get to download the fleshed-out studio version of the track for your highly repeatable listening pleasure.“
(More Info)

(Thanks again to @KEXP, @KCRW, @KUTX, @TheKeyXPN, @TheCurrent, @TwilightCircus1 and you!)

One response to “@PumpUpThaVolume: Episode108 – Keep On Shining”