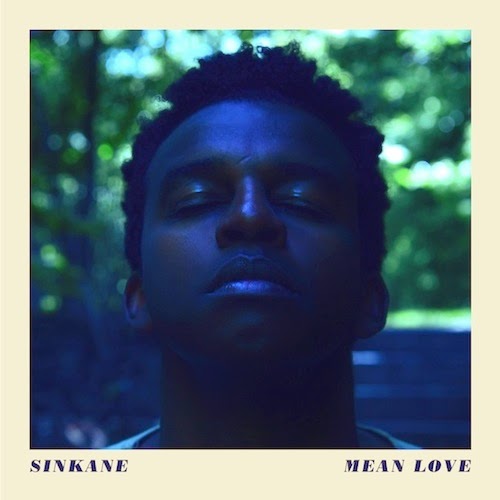 FM Belfast
"Everything"
'Brighter Days'
World Champion/Record, 2014
Notes: "When Iceland wants to party, there are few bands who can get a room jumping faster than FM Belfast. The merry band of friends began about nine years ago... On each of their three records, including the recently released Brighter Days, they’ve chosen the lighter path of EDM, turning disco and other retro stylings toward an updated and constantly upbeat brand of electro-pop. As on today’s featured song, Everything, their lyrics, carefree but not careless, ask only the slightest bit of your attention before letting you throw your hands in the air and jog in place like you’re in a manic Jazzercise commercial."
(@FMBelfast)

Conor Oberst
"Zigzagging Toward The Light"
'Upside Down Mountain'
Nonesuch, 2014
Notes: "On his latest solo album, 34-year-old Conor Oberst, the former Bright Eyes frontman, conjures up the weighty metaphors and heartfelt insights that his uniquely wavering, perpetually raw voice was made for... his extensive discography as a member of multiple bands, co-founding of Saddle Creek and Team Love records, and twenty plus years of work in music that distinguish him... Oberst’s second track from Upside Down Mountain, the upbeat and airy “Zigzagging Toward The Light,” is full of his particularly elaborate imagery." We heard from Bright Eyes & First Aid Kit way back on Episode006.
(@ConorOberst)

Liam Bailey
"On My Mind"
'Definitely Now'
Sony, 2014
Notes: "British singer-songwriter Liam Bailey has popped up in all sorts of interesting places throughout his short career. There was his time spent in the hip-hop collective 1st Blood, which resulted in an album on trip-hop pioneers Tricky’s now-defunct label... Bailey befriended the late Amy Winehouse, who started encouraging his more soul-flavored songs. A pair of EPs in 2010 showcased Bailey’s writing alongside covers of Etta James and the Smiths. Now comes Bailey’s proper solo debut, the fittingly-titled Definitely Now. Out August 19, the album synthesizes all these disparate influences through Bailey’s love of classic R&B and reggae. He brings a little Winehouse-like darkness to his songs, especially on the leadoff track “On My Mind.”"
(@LiamBailey)

Meshell Ndegeocello
"Conviction"
'Comet, Come To Me'
Naïve, 2014
Notes: "If you don’t know who Meshell Ndegeocello is by now, you’re missing out... Comet, Come to Me has some brilliant pieces to it that would do nicely alongside some of her best work... the impossibly fantastic lead single “Conviction”, a song so heart wrenchingly moving, simply delivered and poignantly conveyed that the rest of the album has an impossibly high barometer of excellence to reach." We heard Meshell's cover of Nina Simone's "Feeling Good" back on Episode029.
(@OfficialMeshell)

Peter Matthew Bauer
"You Are the Chapel"
'Liberation!'
Mexican Summer,2014
Notes: "When you notice that Liberation! is the title of Peter Matthew Bauer’s debut solo album, such questions will inevitably arise. What’s he got to be liberated from, apart from 13 years as a member of The Walkmen? “That’s not it at all,” says Peter of his tenure in the beloved NYC band, which has now run its course. “We’re all friends,” says Bauer. “But it was time to call it a day.” Rather, Bauer uses Liberation! as an opportunity to welcome the rest of the world into his personal history of a childhood spent living in ashrams, and a life shaped by the constant presence of religion and mythology amidst uncertainty. It’s a bold, bracing collection of songs for the mind, body and spirit with the power to grab you and shake you out of your environment." "You Are the Chapel" is his debut solo album's closer that seques quite nicely into the second cut off his old lead singer's debut solo album...
(@PMBauerMusic)

Hamilton Leithauser
"The Silent Orchestra"
'Black Hours'
Ribbon, 2014
Notes: "Before The Walkmen announced an “extreme hiatus” last year, the New York City-based outfit was six solid albums deep, and had long staked a claim as one of the most consistently great bands of the past decade... While The Walkmen parted ways at the top of their game, three of its members wasted no time embarking on their solo careers. Frontman Hamilton Leithauser’s debut, Black Hours, is the second of these solo offerings, along with multi-instrumentalist Walter Martin’s We’re All Young Together and bassist and organist Peter Matthew Bauer’s forthcoming Liberation! While Martin gears his breezy folk tunes toward children and Bauer sticks to his indie-rock roots, Leithauser takes a different direction. Using The Walkmen’s predilection for vintage arrangements, he goes back even further with a jaunty collection of songs that pay tribute to crooners like Frank Sinatra without feeling dated."
(@HLeithauser)

Dub Thompson
"No Time"
'9 Songs'
Dead Oceans, 2014
Notes: "With their latest track “No Time”, the California-based duo trades their proto-punk sensibilities for scratchy, lo-fi pop. Featuring a slinking organ, a gliding bassline, and the repeated refrain, “Baby, you’ve got no time for love,” the song may lack the bursting intensity of its predecessor, but more than makes up for it with tight, earworm hooks."
(@ThompsonEmail)

Happyness
"Leave The Party"
'Weird Little Birthday'
Weird Smiling, 2014
Notes: "London trio Happyness might have adapted their sonic template from American college/indie rock bands like Pavement, Rilo Kiley and Sparklehorse, but the wit and lyrical context of their music is all British. Songs on this impressive debut album are lovely but droll; equally capable of making you feel fuzzy and anxious... Ultra-lo-fi, but an album nonetheless stuffed full of rich melodies and arch lyrical observations."
(@HappynessMusic)

Pete Molinari
"Hang My Head in Shame"
'Theosophy'
Clarksville/INgrooves, 2014
Notes: "Pete Molinari...continues a longstanding tradition of British musicians turning a fascination with American blues and rock into something uniquely compelling. The singer-songwriter's new track, Hang My Head in Shame...builds from a driving bass riff, with piano then guitar adding emphasis to its blues-rock groove. Hang My Head in Shame appears on Molinari's forthcoming album Theosophy, due June 3 on Clarksville Records/INgrooves in the U.S. The album, Molinari's fourth, features guest appearances from the Black Keys' Dan Auerbach and Little Barrie's Barrie Cadogan."
(@PeteMolinari)

Atmosphere
"Flicker"
'Southsiders'
Rhymesayers, 2014
Notes: "Welcome back to the world of Atmosphere, the carefully-crafted, snug world that Slug and his producer-in-crime Ant have cultivated over 20 years in the game. Southsiders, the duo’s eighth official studio album—despite numerous EPs and a compilation or two that were expanded into album releases, it’s their eighth official full-length—is the latest installment in the discography of one of the most consistent underground artists that hip-hop has ever seen, and it follows the formula that they’ve maintained throughout their releases since 1997′s Overcast introduced them to the world outside their hometown of Minneapolis." We heard "Bitter" from Atmosphere back on Episode112.
(@Atmosphere)

Tom Vek
"Sherman (Animals in the Jungle)"
'Luck'
Moshi Moshi, 2014
Notes: "The British new waver Tom Vek has never stopped cranking out his jagged, herky-jerk pop music, and he’s just announced plans to follow up 2011′s Leisure Seizure with a new album called Luck. First single “Sherman (Animals In The Jungle)” has a deadpan vocal and a feverish groove, and it blasts on ahead like 2005 never ended."
(@Tom_Vek)

Har Mar Superstar
"Tall Boy" (Live on The Current)
'Beer EP'
MPR/Schell, 2014
Notes: "Sean Tillmann's Har Mar Superstar has long retained a rabid fanbase eager to see his on-stage schtick: stripping down to his undies accompanied by retro beats from his MiniDisc player. In the past several years, Har Mar's profile has continued to rise, especially with the support of well-regarded musicians and actors. Now he's pulling a 180 and going the funk and soul direction for his best album yet." Now we've heard the Actual Wolf, Cactus Blossoms and Caroline Smith cuts from the 'Beer EP' - there's only two left that we haven't spun! Can't wait? Download it all thanks to The Current.
(@HarMarSuperstar)

Say Hi
"Figure It Out"
'Endless Wonder'
Barsuk, 2014
Notes: "KEXP has been greeting local [Seattle] artist Say Hi for a long time, even going back to the mid-2000s when he recorded under the name “Say Hi to Your Mom.” Behind the friendly welcome is one man: home-recording wizard and multi-instrumentalist Eric Elbogen. He describes his eighth and latest album, Endless Wonder, as “a record about the presence and absence of love, in every flavor imaginable [that] will very likely cause your butt to wiggle.”" I always thought "Say Hi To Your Mom" was a terrible band name when I was spinning them at WSHC back in those mid-2000s... Different is better!
(@EricElbogen)