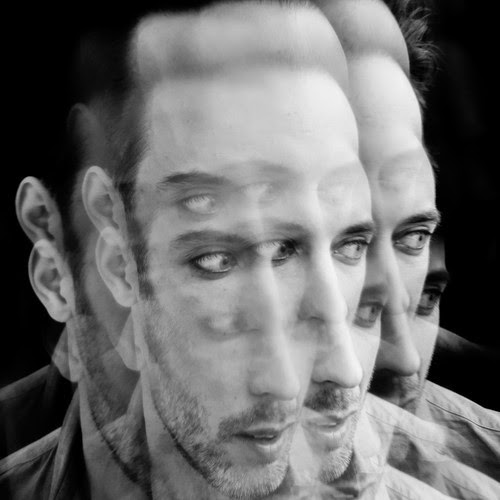 Sarah Jaffe
"Some People Will Tell You"
'Don't Disconnect'
Kirtland, 2014
Notes: "When Texas singer-songwriter Sarah Jaffe released The Body Wins in 2012, it functioned as both a high-profile introduction and a radical left turn... Enter Don't Disconnect, which follows a break Jaffe spent dabbling in hip-hop, and which furthers her exploration into impeccably produced Technicolor electro-pop." I just saw Sarah Jaffe open for the Polyphonic Spree a few weeks ago and - while they seemed to be having an issue with the sound - there were definite moments where I thought, "Oh, that's definitely a hit!"
(@SayJaffe)

Bob Moses
"I Ain't Gonna Be the First To Cry" (Radio Edit)
'First To Cry' EP
Domino, 2014
Notes: "Tom Howie and Jimmy Vallance's Bob Moses project rocking up on Domino makes a lot of sense, given the British indie label's tendency to pepper its roster with electronic acts—Jon Hopkins, Four Tet, Junior Boys and so on. "I Ain't Going To Be The First To Cry" is a reworking of a 1974 Bobby Bland song that the New York-based Canadians take in a more maudlin direction."
(@BobMosesMusic)

A Sunny Day in Glasgow
"MTLOV (Minor Keys)"
'Sea When Absent'
Lefse, 2014
Notes: "Twenty-two years ago, Nostradamic pop critic Simon Reynolds predicted that pop music would become a game of mix-and-match rather than great leaps forward, as artists would fuse genres and sounds together to create new music. A Sunny Day in Glasgow's fourth offering might have been the sort of thing he had in mind: listening to it is like standing in the middle of a festival with music coming from all directions. Somewhere between My Bloody Valentine and the Avalanches, the Philadelphia group hurl everything from shoegaze to dreampop into their sonic soup, garnishing it with 1960s girl-group melodies, children's voices, echo and FX-laden guitars." I dig this sound so much, we're getting ASDIG for a second week in a row!
(@SunnyDayGlasgow)

Alvvays
"Archie, Marry Me"
'Alvvays'
Polyvinyl, 2014
Notes: "Alvvays got some attention last year for the sunny dream pop that’s captured well on their new single “Archie, Marry Me.” The song comes from their self-titled debut album out soon on Polyvinyl. The track’s title appears in the chorus as Molly Rankin’s lovely, romantic plea, but the band’s heavy guitar attack adds just a little bittersweetness."
(@AlvvaysBand)

The Both
"The Inevitable Shove"
'The Both'
Super Ego, 2014
Notes: "The Both are a singer-songwriter collaboration that sound precisely like you'd hope. New Wave heartthrob and master songcrafter Aimee Mann gets welcome vocal and guitar snarl from Ted Leo, a post-punk heartthrob in his own right whose unfussy attack benefi ts from Mann's melodic and harmonic touch. Anyone following their aesthetic courtship on Twitter could've predicted the lyrical sparks... the Beatlesque "The Inevitable Shove," which casts a jaded eye on familial love. Hey, whaddya expect from a pair of hopeless indie-rock realists?" We heard from this dastardly duo back on Episode105 and they're coming to town soon.
(@AimeeMann/@TedLeo)

Golden Dawn Arkestra
"Masakayli"
'Golden Dawn Arkestra EP'
self-released, 2014
Notes: "The idea behind Austin’s Golden Dawn Arkestra is pretty free-form: bandleader Topaz McGarrigle started it as a way to soundtrack an imaginary movie, inviting a different cast of musicians for each show. Soon, the Arkestra took on dancers and costumes, and the concerts turned into psychedelic spectacles. The visual aspects are perfect accompaniment to the Arkestra’s blend of jazz, Afrobeat, and funk, and they (unsurprisingly) tapped resident genre-hopper Adrian Quesada to producer their self-titled debut EP. It’s getting a vinyl release this week... “Masakayli” will give you a taste of the frequency these Austinites are on–cosmic jazz never sounded so fun."
(@GoldenDawnArk)

Teleman
"Cristina"
'Breakfast'
Moshi Moshi, 2014
Notes: "Teleman are the London three-piece that formed out of the ashes of indie band Pete and the Pirates. Actually, that's putting it a bit dramatically. Nobody razed the Pirates to the ground; they were never burned. Members just upped and left – namely the Sanders boys and Cattermoul, now operating as Teleman. Something about their typography and that "Tele" prefix suggests a determination to present themselves as Kraftwerky droids, and although their press shot doesn't exactly depict them as men-machines, they do at least all look neat and clipped and "modern", what with their matching side partings and button-down collars."
(@TelemanMusic)

Deers
"Bamboo"
'Demo'
self-released, 2014
Notes: "If you like your music with heavy reverb, slightly lo-fi surf melodies and slacker girl group vocals, then look no further than Madrid, Spain’s Deers. The duo of Ana Garcia Perrote and Carlotta Cosials have a two-song single that under the title DEMO at their Bandcamp, although they are too good to be categorized at just demos. The standout is the absolutely perfect “Bamboo”..."
(@DeersBand)

Benjamin Booker
"Violent Shiver"
'Benjamin Booker'
ATO, 2014
Notes: ""Fucking up on a five-year bender," Benjamin Booker growls on "Violent Shiver," a song that sounds something like the Strokes if they'd been suckled on moonshine in a juke joint. A New Orleans-based, Jack White-endorsed 25-year old with an open sore of a voice and a love of distorted boogie-blues shredding, Booker is grafting new shoots into roots music..."
(@BBookerNOLA)

BadBadNotGood
"Can't Leave The Night"
'III'
Innovative Leisure, 2014
Notes: "BADBADNOTGOOD is the Toronto-based trio of...conservatory-trained jazz musicians who first bonded over a mutual love for contemporary, blog-friendly hip-hop... an occasional live backing band for Odd Future and Frank Ocean, producing a song on Earl Sweatshirt's 2013 LP, Doris, and collaborating with the likes of Danny Brown and Doom... the cinematic, minor-key first single, "Can't Leave The Night,"... and while the palette and production feel somewhat post-rock, it's got the sort of grand rhythmic and dynamic contrasts that wouldn't feel out of place at a warehouse rave. "
(@BadBadNotGood)

S
"Vampires"
'Cool Choices'
Hardly Art, 2014
Notes: "Jenn Ghetto’s whispered vocals and messily melodic guitar playing have established her as one of Seattle’s most distinct and consistent songwriters. Ghetto first emerged as one of the vocalists in Carissa’s Wierd... Her latest release, September’s Cool Choices, was crafted over two years in the wake of Ghetto’s breakup with her long term partner... " And it was produced by my man Chris Walla!
(@JennGhetto)