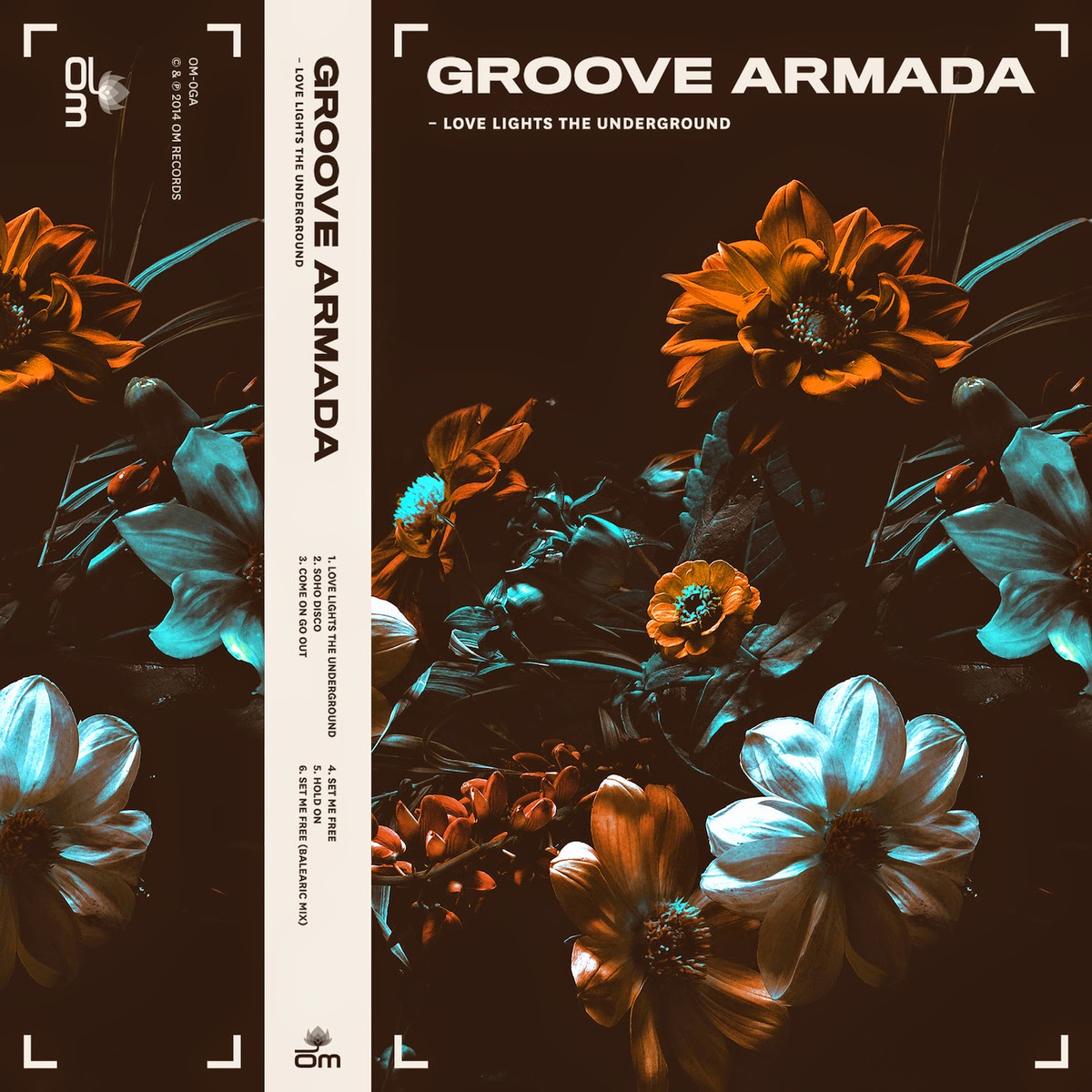 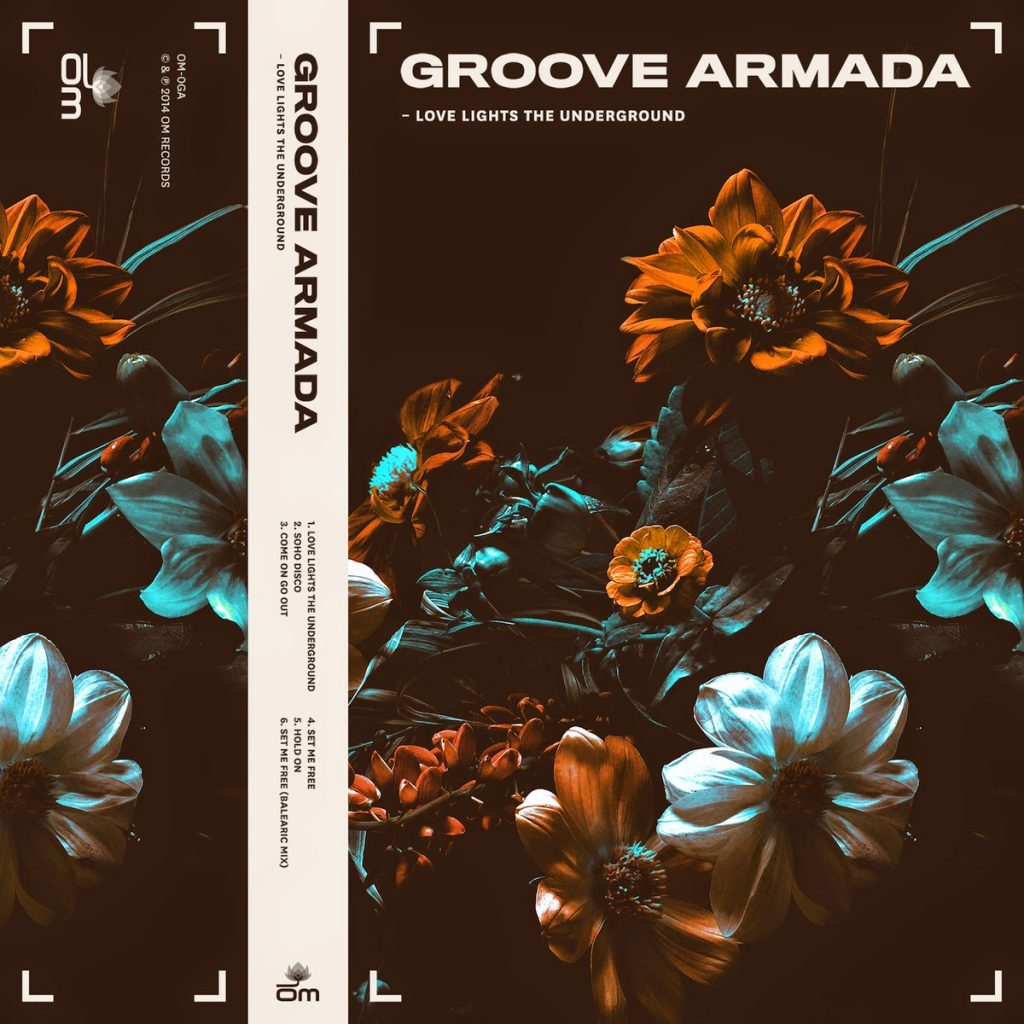 OK Go
"The Writing's On The Wall"
'Hungry Ghosts'
self-released, 2014
Notes: "...part of the band's EP Upside Out, and is also the first single from the group's upcoming album Hungry Ghosts... the band released a music video in which the members use props to create optical illusions... The three-minute alternative disco song was the only track from Hungry Ghosts to be produced by Tony Hoffer and not Dave Fridmann... frontman Damian Kulash, Hungry Ghosts will be "pretty stylistically diverse...but not in an EDM kind of way"... others include influences of 1980s acts including Prince, INXS and New Order."
(@OkGo)

Wannabe Jalva
"Miracle"
'Collecture' EP
self-released, 2014
Notes: "One of the great side effects of World Cup fever has been a focus on Brazilian bands. Wannabe Jalva are taking full advantage with a new [EP] due in October... " They've also been opening for bands like Vampire Weekend and Pearl Jam when they're in Brazil.
(@WannabeJalva)

Allah-Las
"Had It All"
'Worship The Sun'
Innovative Leisure, 20114
Notes: "Allah-Las have captured the sunny clime of their Los Angeles home in short, dazzling retro gems of sonic nostalgia, incorporating bright tinges of SoCal beach pop, garage and psych rock, latin rhythms and 60′s folk... nuggets of sunshine, like...“Had It All”, which enters familiar territory with its jangly Byrds-ian opening and heavily reverbed, dreamy choruses." This is Allah-Las third time on PUTV after Episodes020/021.
(@AllahLas)

Chrissie Hynde
"In A Miracle"
'Stockholm'
Caroline, 2014
Notes: "Some 35 years after the Pretenders' debut, Chrissie Hynde steps out on her own with 2014's Stockholm. Its title is not a reference to the infamous "Stockholm syndrome" but rather an allusion to her chief collaborator on the project, Björn Yttling, of the Swedish pop band Peter Bjorn and John."
(@ChrissieHynde)

Man Man
"Head On (Hold On To Your Heart)" (Live On KUTX)
'On Oni Pond'
Anti-, 2013
Notes: "Philadelphia’s Man Man made their name on their crazy live shows, but focusing solely on their manic energy does a disservice to their songwriting. Frontman Honus Honus may sing like Tom Waits, but his songs betray influences as diverse as John Lennon, Dr. John, and Captain Beefheart. Last year’s On Oni Pond continued Man Man’s subtle pivot away from their experimental early days, but they still love tinkering with sounds... this spirited live take on “Head On” that Man Man laid down in our Studio 1A last year." The Philly boys kicked off Episode071 with the studio version of "Head On (Hold On To Your Heart)".
(@ManManBandBand)

Sylvan Esso
"Wolf" (Live On KUTX)
'Sylvan Esso'
Partisan, 2014
Notes: "During Sylvan Esso’s recent Studio 1A performance...[they] rebuilt the songs from their fantastic self-titled debut. While Sanborn triggered the loops and beats, he also sampled Meath’s voice to add otherworldly harmonies on top of everything... On “Wolf,” that vocal subtlety juts up against the song’s pop-ready appeal, making for a fascinating listen." We heard the Durham, NC's breakout track "Coffee" back on Episode107 of PUTV.
(@SylvanEsso)

Dilated Peoples
"Cut My Teeth"
'Directors of Photography'
Rhymesayers, 2014
Notes: "Without getting too wrapped up in Directors of Photography being LA group Dilated Peoples‘ first release since 2006′s 20/20, it has to be mentioned that the trio, who represent the best of underground hip-hop for so many, succeed in reviving the counterculture spirit of their genre after nearly a decade apart."
(@DilatedPeoples)

Groove Armada
"Hold On"
'Love Lights the Underground' EP
Om, 2014
Notes: "Electronic music gurus Groove Armada are finally back with a new EP in September. Today's Top Tune is the funkiest of the bunch, it's "Hold On"."
(@GrooveArmada)

Fink
"Looking Too Closely"
'Hard Believer'
Ninja Tune, 2014
Notes: "Fink...offer their first new studio material in three years. Hard Believer is, for the most part, a slow burner; one that employs a more varied, albeit moodier set of textures and sounds than its predecessor, 2011's Perfect Darkness." This is the UK/Berlin trio's third bow on PUTV!
(@FinkMusic)

Twin Peaks
"I Found A New Way"
'Wild Onion'
Grand Jury, 2014
Notes: "Youthful Chicago rockers Twin Peaks...shared another great song... It’s called “I Found A New Way,” but it’s more of a masterful demonstration of old ways — specifically the raucous barroom rock of early ’70s Stones, the punchy demeanor of ’80s power pop, and the art-damaged classic rock of Lou Reed and Iggy Pop." This track was actually a 'b-side' back on Episode121 (and it's in that Spotify playlist, too), but we bumped it up and gave 'em a bow here and now!
(@TwinPeaksDudes)

Otis The Destroyer
"Robot Hands" (Live On KUTX)
'Dark Arts' EP
self-released, 2014
Notes: "This weekend marks the second annual United We Jam, an event geared towards showing off Austin’s music scene en masse in front of Austin fans. Despite forming about half a year ago, Otis The Destroyer has become a name in the local scene... Their debut EP, The Dark Arts, moves between psychedelia and hard rock with ease... [The band is playing] a United We Jam showcase that includes fellow KUTX faves Emily Wolfe and Harvest Thieves... “Robot Hands” takes its cues from early ’60s pop, but the heavy riffs show off the band’s love of rock and roll."
(@OtisDestroyer)

Tomten
"Mother Minnow"
'The Farewell Party'
Veriscolor, 2014
Notes: "Bright and melodic, [Seattle band] Tomten’s charming brand of baroque indie pop draws equally from the bright pop sounds of the power pop groups of the’70s and the more orchestrated indie rock of the late ’90s... the band built a reputation for their dream pop-influenced tunes while playing shows around the Pacific Northwest and producing two albums... the band’s most recent album, The Farewell Party, finds the band...sharper and more direct than ever, showing off an expanded range of songwriting and orchestration. The Farewell Party‘s “Mother Minnow” winds and turns through a run of glistening pop melodies with a natural ease."
(@TomtenMusic)