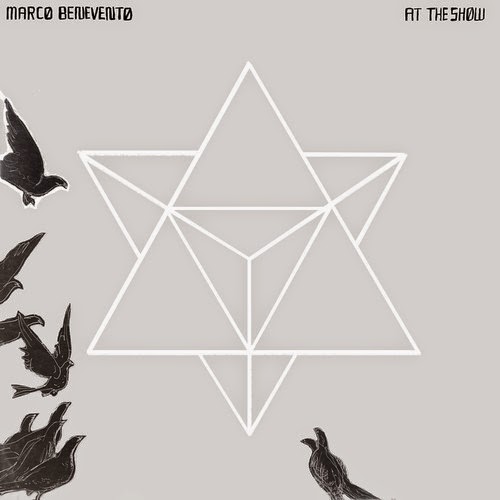 @PumpUpThaVolume: Episode125 – At The Show

Kindness
"World Restart" (w/ Kelela & Ade)
'Otherness'
Female Energy/Mom + Pop, 2014
Notes: "Disco-pop auteur Adam Bainbridge, aka Kindness, has revealed the details behind the follow-up to his 2012 debut, World, You Need A Change Of Mind. The new album is called Otherness and features guest spots from Robyn, Blood Orange’s Dev Hynes, and more. The first track he’s shared is from the new album is “World Restart” and it’s a brassy, funky number featuring vocals from Kelela and Ade."
(@Kindness)

Sondre Lerche
"Bad Law"
'Please'
Mona, 2014
Notes: "Norwegian singer Sondre Lerche’s friendly indie-pop has always been slightly askew, but never has one of his songs absolutely smacked me across the face like “Bad Law.” The leadoff track from his forthcoming Please is a treatise on divorce that segues from righteous hand-clap disco-funk into jarringly aggressive outbursts. “When crimes are passionate/ Can love be separate?” he intones in contagious sing-song before breaking into an arching falsetto worthy of Pharrell. It’s completely awesome, and it achieves Lerche’s stated goal of giving listeners a means to vent their frustrations." We last heard a demo from Sondre back on Episode027 and hopefully I'll finally see him when he's in town next month!
(@SondreLerche)

Little Racer
"Dancing"
'Modern Accent' EP
PaperCup, 2014
Notes: "It sounds like a cliche, but New York band Little Racer really were big in the UK before breaking through here in the States. Their 2010 debut single caught the attention of BBC Radio and London label Young and Lost Club, who continue to support the band on their new EP, Modern Accent, with Papercup Music here in the U.S. By combining their love of British ’80s pop with Brooklyn’s surf-scene, Little Racer manage to get ahead of the pack. Frontman Elliot Michaud told CMJ Magazine, “We started out writing pop music and we still do; whether the songs are changing is purely from whatever is coming out of our brew.”"
(@LittleRacerBand)

Marco Benevento
"At The Show"
'Swift'
Royal Potato Family, 2014
Notes: "Multi-instrumentalist Marco Benevento has long been a fixture in the New York experimental scene, pushing boundaries with his circuit-bending electronics. However, his latest album finds him stepping out of his comfort zone in a different way. Swift is Benevento’s first album to feature his own voice and lyrics. Produced by Richard Swift and recorded with frequent collaborators Dave Drewitz (Ween) on bass and Andy Borger (Tom Waits, Norah Jones) on drums, Swift arrives on September 16 via Royal Potato Family. Check out a first listen of “At The Show,” a tight-grooved tune featuring a pretty catchy melody..."
(@MarcoBenevento)

Johnny Marr
"Easy Money"
'Playland'
New Voodoo, 2014
Notes: "Johnny Marr has shared “Easy Money”, the first single and video from his upcoming sophomore solo album, Playland, due out October 6th via Warner Bros. In an interview with Rolling Stone, Marr said he was inspired to write the crunchy dance-rock jam (think Dire Straits meets The Rapture) after contemplating the depths some people will go in their pursuit of money." We last heard the ex-Smiths legend back on Episode047 and - did I ever tell you about the time I got to meet Mr. Marr?
(@Johnny_Marr)

Hamilton Leithauser
"Alexandra"
'Black Hours'
Ribbon, 2014
Notes: "Hamilton Leithauser, the (former?) frontman of the Walkmen and the owner of one of indie rock’s greatest voices...shared the video for “Alexandra,” the album’s first single. Vampire Weekend’s Rostam Batmanglij produced and co-wrote the song, and he shows up in the video, honking on a harmonica. Musically, the song is way jauntier than anything we’ve heard Leithauser sing before, and it’ll take some mental adjustment to get used to hearing him on songs like this" We rocked "The Silent Orchestra" from the ex-Walkmen man back on Episode116 alongside former band member Peter Matthew Bauer.
(@HLeithauser)

The Wytches
"Digsaw"
'Annabel Dream Reader'
Partisan, 2014
Notes: "For a young [English psych-rock] band, The Wytches are already well on their way to having all the right cards in their hand. The band’s ramp up to a full-length was well played with a series of 7″ singles showing off instant classics... Annabel Dream Reader makes for a killer of a debut, and there’s no doubt you’ll be seeing a lot more of the Wytches in coming months and years... “Digsaw” is one of the absolute best cuts from Annabel Dream Reader, and shows off everything that makes the Wytches an all-round blast to listen to. The track explodes out the gate with a surf rock guitar hook over thunderous drums and bass."
(@TheWytches)

SW/MM/NG
"All I Want"
'Feel Not Bad'
Old Flame, 2014
Notes: "For much of the five minutes of SW/MM/NG’s new song, “All I Want,” the vocals repeat a simple refrain, punctuated by silence: “Baby/ all/ I want/ is you.” The Arkansas-based band has been around for three years but is finally getting around to releasing their debut album, Feel Not Bad, and they purposefully sidestep the nostalgia that a lot of dreamy psych-pop falls into, instead sounding broken-down and fatigued. The guitars may be sun-soaked and airy, but they’re also strained and wistful, brimming with longing and desire for something better in the future."
(@SWIMMINGBAND)

Tickle Torture
"Would I Love You"
self-released, 2014
Notes: "Minneapolis sex-pop producer known as Tickle Torture claims his music is the soundtrack for a new generation of freaks, and this week he has premiered his electric new single, ‘Would I Love You.’ With equal measurements of electro-funk and sleaze, ‘Would I Love You’ is an infectious creation of trashy disco that is far too easy to enjoy. If you’re a fan of Scissor Sisters, then Tickle Torture would be right up your alley."
(@TickleTorture69)

The Young
"Cry Of Tin"
'Chrome Cactus'
Matador, 2014
Notes: "On its Matador Records debut, [2012's] Dub Egg, Austin’s The Young pulled back its psych-rock influences for something cleaner. The result was an album that felt like classic rock run through a modern filter, riffing like ZZ Top while having the skewed perspective of label mate Kurt Vile." And we heard a track from that record back in 2012 on Episode015 of PUTV, now it's 2014 and we've got more...
(@The__Young)

Sean Rowe
"Shine My Diamond Ring"
'Madman'
ANTI-,2014
Notes: "Sean Rowe is a songwriter from Troy, New York. Having travelled and toured around the USA to play to people in the comfort of their front rooms, Sean likens himself to a “bearded salesman”." We rocked Mr. Rowe back on Episode016, I guess things really do run in cycles. This is his fifth full-length.
(@Sean_Rowe)

Aan
"Spiritual Provisions"
'Amor Ad Nauseum'
Party Damage, 2014
Notes: "Even though the Latin reference to amor ad nauseum (“love to the point of sickness”) in its name suggests an air of pretension, Portland’s Aan approaches conventional elements of pop and indie rock with a curiosity that could only come from a group of unabashed fans... scoring touring slots with The Smashing Pumpkins and Built To Spill while sporadically releasing material digitally and on 7″. In late 2013, the band began sessions on their first full-length... “Spiritual Provisions” skates along with a laser-precise approach, building tension that Wilson gradually and tantalizingly releases... that’s what makes “Spiritual Provisions” as ghostly and compelling as its title suggests." And the name is pronounced "on".
(@WeAreAan)