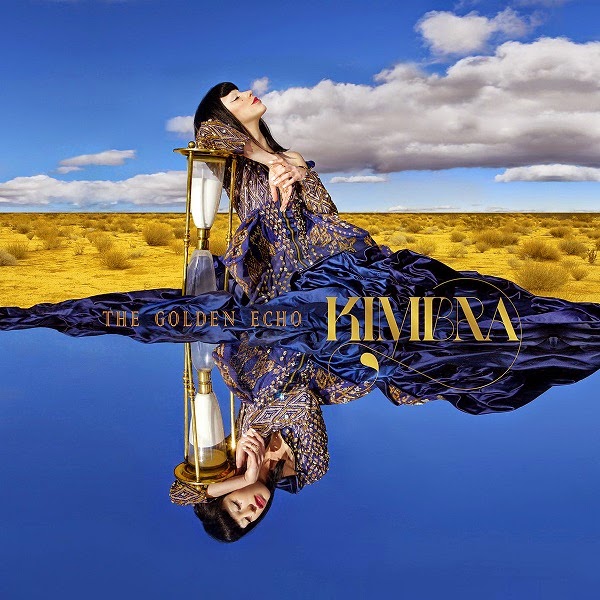 Previous: Episode125 – At The Show

Kimbra
“Goldmine”
‘The Golden Echo’
Warner Bros., 2014
Notes: “After the global success of “Somebody That I Used to Know,” her Grammy-winning duet with Gotye, Kimbra could have worked with anyone; on The Golden Echo, it feels like she worked with almost everyone. Along with producer Rich Costey, her collaborators include members of the Mars Volta, Muse, Foster the People, and Silverchair, as well as John Legend and Bilal. Having so many guests with so many different backgrounds could have resulted in a scattered mess, or pushed Kimbra out of the spotlight, but her sense of adventure puts her signature on even the most kaleidoscopic moments… effortlessly she hops from the trap-inspired minimal R&B of “Goldmine”…” We featured this as one of our “Albums of the Day” this week, as well.
(@KimbraMusic)

Strand of Oaks
“Shut In”
‘Heal’
Dead Oceans, 2014
Notes: “Our interview with Strand Of Oaks shed some light on the personal turmoil behind HEAL, but if you want a condensed version of what Timothy Showalter was going through while making the LP, check out the new song he revealed today. Whereas “Goshen ’97” was a deeply nostalgic and sentimental take on staying inside with only music to keep you company, “Shut In” is a righteously raw depiction of the same circumstances several difficult years, broken relationships, and debilitating addictions later. No J Mascis this time, but Showalter’s guitar solo soars anyhow.“
(@StrandOfOaks)

Landlady
“Girl” (Live On KUTX)
‘Upright Behavior’
Hometapes, 2014
Notes: “Brooklyn’s Adam Schatz is putting his NYU music degree to good use, playing with Man Man, Sleigh Bells, Those Darlins, and a half-dozen other bands. Landlady allows him to truly stretch out, mixing R&B with indie rock.” They just played here a few weeks ago as part of MusicFestNW.
(@LandladyBand)

Rural Alberta Advantage
“Terrified”
‘Mended With Gold’
Saddle Creek, 2014
Notes: “Canadian indie rockers the Rural Alberta Advantage have announced their highly anticipated third album, their first since 2011. “Terrified” is the first single off the album, and it’s everything this fan hoped it would be, delivering that exuberant sadness that’s so prevalent in the RAA’s music. It sounds like it should be scoring the love montage in an indie film, unapologetically proclaiming that love is quite awesome, but also quite scary, you know? The RAA know.“
(@RuralAlberta)

Fool’s Gold
“I’m In Love”
Grand Gallop, 2014
Notes: “LA’s own Fool’s Gold settled down after extensive touring to write a new album and we’re excited to share an exclusive premiere of their first single “I’m In Love”” There’s also a sweet remix by Poolside, too!
(@FoolsGoldLA)

Greylag
“Yours To Shake”
‘Greylag’
Dead Oceans, 2014
Notes: ““Another,” the first track Portland folk-rockers Greylag shared from their self-titled debut album, left me thinking about Led Zeppelin at their most folksy as filtered through Fleet Foxes at their most muscular. “Yours To Shake,” the album’s second single, does not shake those references but expands upon them, trading the previous track’s rustic tones for big, brooding, vintage Pac-NW indie-rock a la Death Cab and Band Of Horses. “What’s it worth to ya?” they sing. “Say you wanna feel the fire but you don’t wanna get burned?” The riffs are gnarly too, in case you forgot these guys can really play. Prepare for Greylag’s world domination…“
(@GreylagMusic)

Robyn Hitchcock
“Somebody To Break Your Heart”
‘The Man Upstairs’
Yep Roc, 2014
Notes: “The Man Upstairs sees Hitchcock uniting with legendary producer Joe Boyd (Nick Drake, Fairport Convention) for one of the most unique recordings of his already quite idiosyncratic career. Rather than simply record a new selection of songs, Boyd suggested what he called ‘a Judy Collins album’ such as Elektra would have released in 1967 – part well-known favorites, part personal discoveries, and part originals. The multi-tiered approach offered Hitchcock the rare opportunity to record as a performer, not “just another singer-songwriter laying their freshest eggs.”“
(@RobynHitchcock)

The Rosebuds
“In My Teeth”
‘Sand + Silence’
Western Vinyl, 2014
Notes: “Formed in Raleigh in the early 2000s, The Rosebuds’ melodic indie rock is fueled by the complex chemistry of singer/guitarist Ivan Howard and keyboardist/vocalist Kelly Crisp… Today’s featured song, “In My Teeth”, moves with the kind of understated tension that drives the Rosebuds best work… ” A band we had relegated to b-side status until this episode, The Rosebuds also recently came through town and played a show at my day job.
(@TheRosebuds)

Anand Wilder and Maxwell Kardon
“Opportunity”
‘Break Line’
Secretly Canadian, 2014
Notes: “Break Line The Musical is a new project from Anand Wilder (Yeasayer co-founder, vocalist/multi-instrumentalist) that he created with Maxwell Kardon and a community of friends. The new album harkens back to rock concept albums of the early 70′s with this following the classic arc of lost love, betrayal, and pride.” What a great, big soul sound!
(@AnandWilder/Nodrak_Xam)

Kinky Machine
“Last Look”
‘Grol’
self-released, 2014
Notes: “Kinky Machine describes its music as “postmodern garage juju.”… The Austin band takes bits and pieces from all over the musical map: a bit of soul/R&B, a little arena rock, some Radiohead-like atmosphere. They’ve been quietly bubbling under for a few years with a couple of EPs and singles under their collective belts. This week sees the release of Kinky Machine’s debut album, the self-produced Grok. It’s another unclassifiable beast that’s capable of both quiet beauty and guitar-hero theatrics. “Last Look” kicks the record off with a danceable beat and synths, but the constant change of tone will keep you on your toes.“
(@Kinky_Machine)

Maria Isa
“Sabotage”
‘Valley of the Dolls’
SotaRico, 2014
Notes: “The Latina hip-hop singer, rapper, and performance artist found some time between filming upcoming indie movie Strike One and touring with hip-hop duo Villa Rosa to record her first solo album in five years. Partly inspired by the 1966 book and 1967 film of the same name, Valley of the Dolls explores the challenges women face in the entertainment industry… Valley of the Dolls marks a re-emergence onto the Twin Cities music scene for Isa, who earned acclaim for her first two albums—most recently Street Politics, released in 2009 when Isa was just 22.“
(@MariaIsa)