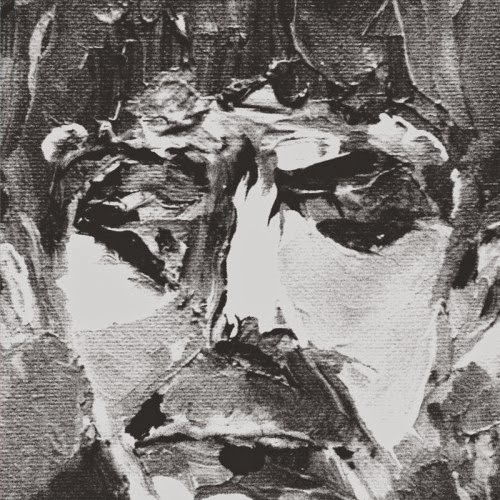 Tennis
“I’m Callin'”
‘Ritual In Repeat’
Communion, 2014
Notes: “Tennis, the romantically intwined pop-rock duo of Alaina Moore and Patrick Riley…worked with a trio of well-known producers on this album: Patrick Carney of the Black Keys, Jim Eno of Spoon, and Richard Swift of the Shins. “I’m Callin’,” the latest single from Ritual, is a Carney production. It exists in the same breathy space as Haim’s Days Are Gone, where classic rock and radio pop commingle freely into casual grooves and contented sighs. It’s a breezy little track…” This the Denver duo’s fourth bow on PUTV cuz it’s #LikeThat… And we gave them some #AlbumOfTheDay love, too!
(@TennisInc)

Tony Allen
“Go Back (w/ Damon Albarn)”
‘Film of Life’
JazzVillage, 2014
Notes: “For his tenth album, the human metronome of Afrobeat has pulled out all the stops. At his side are the trio of producers The Jazzbastards and fellow world-class musicians, including Albarn, who continues to build pioneering bridges between Africa and today’s music scene. On Film of Life, Tony Allen has given us a true self-portrait, an overview of his rich and exemplary career that brings together bebop, Afrobeat, jazz and psychedelic pop. As Fela Kuti has claimed, “Without Tony Allen, there would be no Afrobeat.”“
(#TonyAllen)

Sebastien Tellier
“Sous Les Rayons Du Soleil”
‘L’ Aventura’
Because, 2014
Notes: “Sébastien Tellier has never been one to shy away from huge concepts. Since launching his career in 2001 with an assist from his pals in the frothy French pop duo Air, he’s laden his albums with the weight of terms like Politics and Sexuality. Even when he’s taking a more personal tack, like on 2012’s My God Is Blue, he still supplies lofty backstories, and his new record, L’Aventura, is no different: the album is supposed to be a musical reimagining of his childhood, a fantasy inspired by the sights of sounds of Brazil rather than the reality of his French home.“
(@SebTellier)

crash
“Motion Animal”
‘Hardly Criminal’
Community Music, 2014
Notes: “Hardly Criminal is an eclectic amalgam of all the music that has come into [Christopher Richard aka] crash’s path since his childhood in Louisiana… The album’s first single “Motion Animal,” will be recognizable to fans of Edward Sharpe and The Magnetic Zeros where crash has served as a backing vocalist over the last two years…”
(@CrashDangDoodle)

Hooray for Earth
“Airs”
‘Racy’
Dovecote, 2014
Notes: “The band name Hooray for Earth might suggest some dry cynicism, but the New York-based synth-pop-rock group belonging to that title are a genuinely optimistic group. Despite releasing their debut album, True Loves, in 2011, they’ve been around since 2005… Racy’s seventh track, “Airs,” is a testament to the album’s design. Heroux worked with producer Chris Coady (whose previous collaborators include Beach House, TV On The Radio, Blonde Redhead and countless other indie mainstays) to put together a tightly ominous and expansive track full of fuzzed out, distorted guitar, heavy bass, and a strong dose of blurry feedback.“
(@HoorayForEarth)

Matt Kivel
“Open Road”
‘Days of Being Wild’
Woodsist, 2014
Notes: “Matt Kivel says that his second solo album “Days of Being Wild” was inspired by bouts of listening to classic rock, so the directness and simplicity in his bare-bones meditations come as no surprise… It sees Kivel, two years removed from his last release as part of the sibling-propelled indie-pop band Princeton, crafting understated acoustic miniatures — and, occasionally, plugging in to rage a little, as on “Open Road.” That 2 1/2-minute blast suggests more of the hard stuff may be in order.“
(@Matt_Kivel)

Odessa
“I Will Be There”
‘Odessa’ EP
Republic, 2014
Notes: “What do you get when you take the soulfulness of Lana Del Rey, the angelic, lilting chorus of Ellie Goulding, and the atmospheric hum-along melodies of Polica? Add a dash of shimmery production, and the result is the new single and music video from Odessa. After touring with Edward Sharpe and the Magnetic Zeroes and nabbing a spot in the Suburu commercials, the musician is gearing up to release her new album (from Kings of Leon producer Jacquire King, NBD). But before all that goes down very soon, get a sneak peek of the dreaminess to come with her new music video. “I Will Be There” is a blissful, mellowed-out jam that’s easy listening at its absolute coolest. “
(@ThisIsOdessa)

Flowers
“Forget The Fall”
‘Do What You Want To, It’s What You Should Do’
Kanine, 2014
Notes: “Formed in London in 2012, Flowers’ minimalist indie pop doesn’t take any time to reveal its beauty, opting for direct songwriting and front-and-center vocal harmonies… The trio recorded early demos constantly as they lived together in a London flat, and after releasing them online, they attracted the interest of The Pains of Being Pure At Heart, who enlisted them for a European tour. While preparing the songs for their first album, they crossed paths with producer Bernard Butler [Suede], who brought the band to his studio to produce their debut, this year’s Do What You Want To, It’s What You Should Do. Built on a skittering tom-and-snare beat and a chiming guitar riff, today’s featured song, “Forget The Fall”, is a breezy slice of bedroom pop with a garage band twist.“
(@FlowersDoMusic)

White Fence
“Like That”
‘For the Recently Found Innocent’
Drag City, 2014
Notes: “Though it’s only been a year since we all jammed out to Cyclops Reap, garage rock mainstays White Fence are back with a new album this summer. For the Recently Found Innocent will be the fifth album from the Bay Area musician, and the first to feature his compatriot Ty Segall since their collaborative album Hair.“
(#WhiteFence)

Christian Gregory
“Count on You”
‘Count on You’ EP
Movement, 2014
Notes: “With the ambition of projecting soul-inspired music deeper into the mainstream, Christian Gregory is set to release his debut single early next month through 2012 ‘Sound Of…’ winner Michael Kiwanuka’s new Movement Records. Like his label counterpart, London-based Gregory embraces a warm bluesy hue and the results are hugely satisfying… Recorded in one take with vintage equipment designed to capture the smooth, organic sound, this instantly likeable track has set the tone for an exciting young label.“
(@CGregoryMusic)

JJ
“All White Everything”
‘V’
Sincerely Yours/Secretly Canadian, 2014
Notes: “JJ are really fucking going for it right now. The Swedish conceptual drug-pop duo announced their new album V earlier this month, sharing a striking and cinematic trailer for the LP. And now they’re letting us hear “All White Everything,” the first single, which is easily the grandest and cleanest-sounding thing they’ve ever recorded. “All White Everything” is a gorgeous piano ballad with some tricky drum programming and plaintive and affecting vocal from Elin Kastlander. This is a good one…“
(@JJofficial)

Dendé
“Liga Desliga”
‘Back to Bahia’
Mamadele, 2013
Notes: “Since the age of fourteen, Dendé has been obsessed with rhythm and percussion. The Brazilian musician has incorporated styles from all around the world into his sound, including funk, Brazilian folk music, and traditional Afro bloco, which is a combination of Brazil’s samba with Jamaican reggae. Dendé has appeared on stages across the world, including Lincoln Center in New York and the Kennedy Center in Washington, D.C., and he’s also collaborated with fellow world music acolyte David Byrne. Today’s song of the day chronicles a poor woman’s fight against the electric company–it’s called “Liga Desliga,” or “Connect Disconnect.”“
(#DendeAndBand)

Deep Sea Diver
“One By One”
‘Always Waiting’
self-released, 2014
Notes: “Even if you haven’t listened to [Seattle’s] Deep Sea Diver, there’s a good chance you’ve heard frontwoman Jessica Dobson before. If you’ve seen Beck, the Shins, or the Yeah Yeah Yeahs live over the last several years, you’ll have seen Dobson shredding on the sidelines. She’s finally taken the time to focus on her own project, and the results are fantastic… Their new EP, Always Waiting… already sounds like a leap forward from 2012′s History Speaks… “One By One” feels like the start of something great.” This is DSD’s third time on PUTV, but it’s been a while since Episode038!
(@DeepSeaDiverBnd)

****************************************
@PumpUpThaVolume Music News:
Watch Death Cab For Cutie’s last performance with #ChrisWalla
Tyler, the Creator compares finding the U2 album on his phone to getting herpes
Wanna Remove the @U2 album from your iTunes? There’s a button for that
@U2 are teaming up with @Apple to launch a new digital music format that, they hope, will save the #music business!
Johnny Rotella, Songwriter for Frank Sinatra, Dies at 93
@billboard: We predicted every #SNL musical guest for season 40
Guided By Voices (@GBVTweets) have broken up again
Confused newsbusters outraged by @GirlTalk reference on MSNBC
Beyonce gets caught “lip-syncing” in Paris
Watch Jack White’s hour-long interview with Dan Rather
#AlbumOfTheDay: Tricky (@KnowleWestBoy) – ‘Adrian Thaws’
#AlbumOfTheDay: Sir Sly (@SirSly) – ‘You Haunt Me’
#AlbumOfTheDay: Tennis (@TennisInc) – ‘Ritual In Repeat’
Watch @theraveonettes’ bloody, retro video for “Killer In The Street”
Hear seedy excerpt from @trent_reznor & Atticus Ross’ score for @GoneGirlMovie
Honor Freddie Mercury’s legacy w/Killer Queen vodka by @Stoli & @QueenWillRock
The @PIXIES enlist fans to direct dumpster-diving “Ring the Bell” video
Watch @TheReplacements serenade Minnesota with “Unsatisfied”
David Bowie’s (@DavidBowieReal) got a new album coming “definitely, soon”
7 #AlbumsToStream: @Casablancas_J and the Voidz, @thedrumsforever, Leonard Cohen, and more
@LeonardCohen74’s 80th birthday and the new album, ‘#PopularProblems’