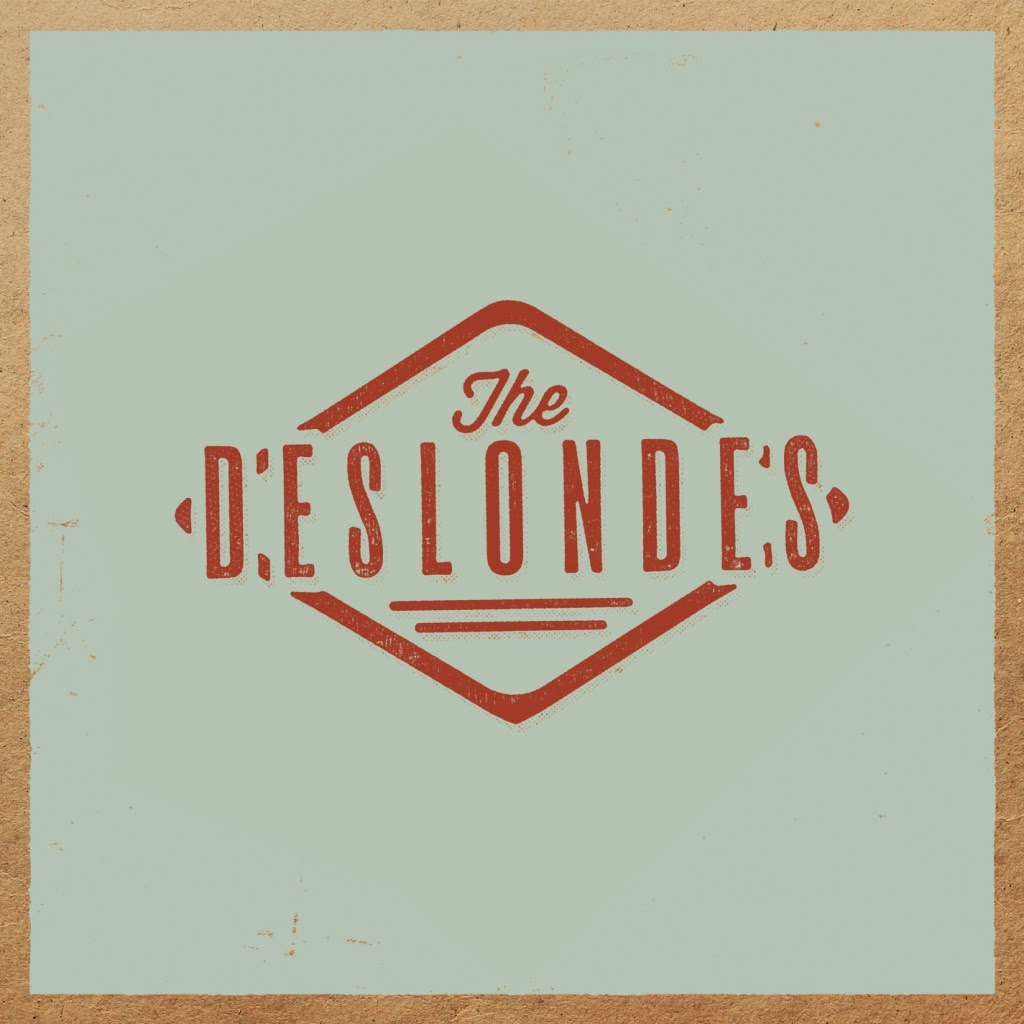 JEFF the Brotherhood
“Black Cherry Pie” (w/ Ian Anderson)
‘Wasted On The Dream’
Infinity Cat, 2015
Notes: “JEFF The Brotherhood…announced…that they are stoked to have been dropped from the “clutches of the demented vulture that is Warner Bros” and will release their forthcoming album Wasted On The Dream on their own excellent label, Infinity Cat, instead. In addition to that, Colleen Green’s I Want To Grow Up was made available to stream, an album that was produced by JEFF The Brotherhood’s very own Jake Orrall… the brothers released the second single off of the album…and it makes for a ridiculously gripping listen. “Black Cherry Pie” infuses JEFF’s usual psychedelic, synthy grunge-tinged muck with the trill of pan flutes by none other than Jethro Tull’s Ian Anderson. It’s a song about how the world is going to hell, so enjoy it while it lasts.“
(@JEFFbrotherhood)

Django Django
“Reflections”
‘Born Under Saturn’
Ribbon, 2015
Notes: “The synth-addled UK post-punkers Django Django are getting closer to unleashing their sophomore album Born Under Saturn into the world, and we’ve already heard first single “First Light.” And now they’ve shared another single — a thumping, house-inflected ritualistic chant called “Reflections.” There’s barely any guitar on the song; instead, it’s driven by a relentless 4/4 pulse. It reminds me a bit of what might’ve happened if Gang Of Four had been toying around with the Euro-dance music of right now, rather than the Chic and James Brown of their own era.” It’s the Djangos third time on PUTV but first time in two and a half years.
(@TheDjangos)

The Bright Light Social Hour
“Dreamlove” (Live On KUTX)
‘Space Is Still the Place’
Frenchkiss, 2015
Notes: “With spacious sounds that are simultaneously effortless and complicated, [Austin’s] Bright Light Social Hour has already proved themselves as a band to be on the lookout for. Their newest track, “Dreamlove” maintains a frenetic groove throughout but juxtaposes the urgency with the same sense of floating that we’ve come to love. Matching pulsating blips with a twinkling and starry atmosphere “Dreamlove” is a deep and layered track worthy of many listens. When the drums kick in fully, nearly 2 minutes in, the track turns to something that feels like the soundtrack to a chase – tense yet lovely.” We first heard TBLSH 13 months ago on Episode103.
(@TBLSH)

Sóley
“Ævintýr”
‘Ask The Deep’
Morr, 2015
Notes: “Crafted Icelandic artist SÓLEY reports back with new material. Ask The Deep is the name of her new album which arrives on May the 8th via Morr Music, following last year’s mini album Krómantik. And according to the artist it gets even darker and more desperate. She describes the atmosphere as follows: ‘… your closed eyes slowly start seeing something much deeper and darker.’“
(@SoleySoleySoley)

Stars
“This Is The Last Time”
‘No One Is Lost’
ATO, 2014
Notes: “When Stars were recording their seventh album, No One Is Lost, the booming music from the nightclub below literally seeped into their Montreal studio. “The music would end at 3:30 [in the morning],” co-lead singer Torquil Campbell told Billboard. “I was trying to get to sleep and Charli XCX would be, like, banging downstairs. And, I loved it.” They started writing more dance-oriented music–songs to lose your mind to like it was your last night alive… “This Is The Last Time” is a romantic kiss-off disguised as a pop hit.” I got to interview Stars last month and it’s their fourth time here on PUTV!
(@YouAreStars)

Kara Laudon
“Summer Haze”
‘I Wasn’t Made’
self-released, 2015
Notes: “[“I Wasn’t Made”] comes from [Minneapolis] singer/songwriter Kara Laudon. Her debut record, I Wasn’t Made, [was released at a show] in Saint Paul.“
(@KaraLaudon)

Jack Ladder and the Dreamlanders
“To Keep and To Be Kept” (w/ Sharon Van Etten)
‘Playmates’
Fat Possum, 2015
Notes: “The Australian band Jack Ladder & The Dreamlanders has quietly released a handful of albums, the latest of which is titled Playmates… Ladder’s voice has a dusky richness to it that rivals the likes of Nick Cave and Mark Lanegan. “To Keep And To Be Kept” harnesses that mystery with the aid of guest Sharon Van Etten, who adds another intriguing dynamic to Ladder’s sound.” This reminded me of Daughn Gibson, which made me discover that: Hey! He’s got a new single out…
(@JackLadderSings)

Daughn Gibson
“Shatter You Through”
‘Carnation’
Sub Pop, 2015
Notes: “Lynchian retro-futuristic trucker-crooner Daughn Gibson will return this June with Carnation, his latest LP for Sub Pop and the follow-up to 2013’s great Me Moan. Gibson produced the album with Earth/Tim Hecker/Sunn O))) producer Randall Dunn, and a press release touts Raymond Carver, Tim Burton, and John Waters as inspirations. Lead single “Shatter You Through” plays like Don Henley’s “Boys Of Summer” as performed by noir Elvis, its brisk metropolitan midnight pop accented by eerie violin and honky-tonk guitar and topped off with Gibson’s death bellow.” One of our most played and favorite new artists, this is Gibson’s seventh time on the show!
(@DaughnGibson)

Jeff Rosenstock
“Nausea”
‘We Cool?’
Side One Dummy, 2015
Notes: “For the past decade [Brooklyn’s] Jeff Rosenstock has been synonymous with DIY culture. Before putting his long-running ska-punk hybrid Bomb The Music Industry! to bed, Rosenstock championed the free distribution of music though his label Quote Unquote Records, rarely producing any item that couldn’t be had for free. With Bomb laid to rest last January, Rosenstock has pushed forward under his own name, and on March 3 he’ll release his sophomore solo record, We Cool?, on Side One Dummy Records.“
(@JeffRosenstock)

Two Gallants
“Incidental”
‘We Are Undone’
ATO, 2015
Notes: “San Francisco garage folk duo Two Gallants [dropped] their fifth studio album, We Are Undone, on February 3rd via ATO Records… “Incidental”…opens with a swell of fuzzed-out electric guitar, paving the way for Tyson Vogel’s thundering drums to leap proudly into the mix. The star, however, is Adam Stephens, whose back-and-forth between power pop croon and punk-ish sneer give the song a balance of emotionality and outright intensity.” We haven’t heard from Two Gallants in almost three years since Episode019. Sounds like The Replacements influence is alive and well!
(@TwoGallants)

East Cameron Folkcore
“Kingdom of Fear”
‘Kingdom of Fear’
Nine Mile, 2015
Notes: “Eight-piece Austin-based band East Cameron Folkcore brings together a plethora of styles on their new album, combining elements of folk rock, hardcore, country and cinematic atmospheres across the record’s expansive 14 tracks. On a musical level, there’s enough happening on Kingdom of Fear to keep the mind occupied, but for those who want to dig deeper, there’s also a carefully-constructed set of lyrics, primarily raging against modern injustices and inequalities, which can add an entirely different tone to the proceedings.“
(@EastCameronFolk)

Buena Vista Social Club
“Lágrimas Negras”
‘Lost And Found’
World Circuit, 2015
Notes: “Almost two decades after the release of the original, Grammy winning album, the romance of the Buena Vista Social Club continues with ‘Lost and Found’, a collection of previously unreleased tracks, some recorded at the first legendary sessions in Havana with producer Ry Cooder and others during the extraordinarily rich outpouring of music that followed.“
(@WorldCircuit)

One response to “@PumpUpThaVolume: Episode153 – The Real Deal”