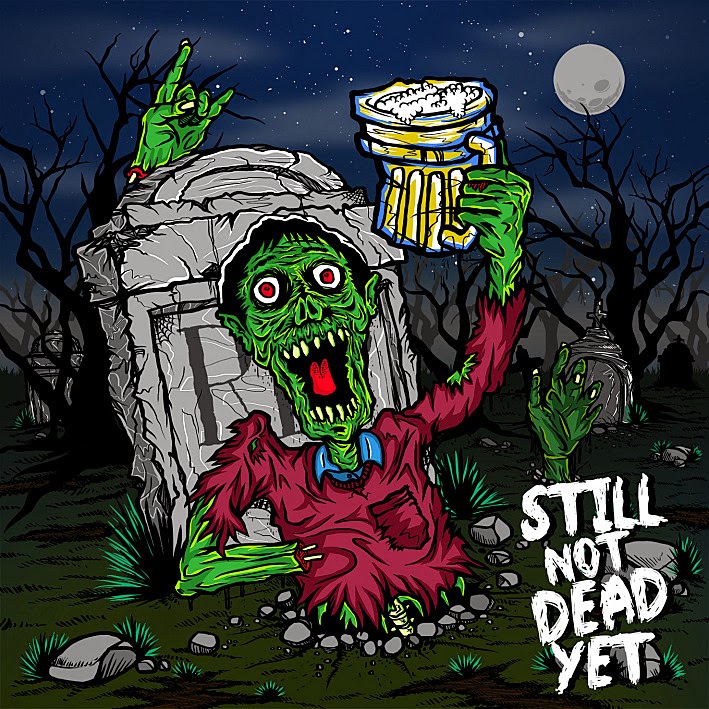 The Vaccines
"Handsome"
'English Graffiti'
Columbia, 2015
Notes: "English Graffiti is the third studio album by English indie rock band The Vaccines, which is scheduled for release on 25th May 2015... It follows a two-year gap between their last release Melody Calling and three years since their last studio album, Come of Age in 2012. It is being produced by Dave Fridmann who states the band want to create a similar sound to Sleater-Kinney's The Woods, as well as being produced by Cole M Greif-Neill." Love these guys already, I can't believe we haven't played them before - and now with Dave Fridmann?!
(@TheVaccines)

FFS
"Piss Off"
'FFS'
Domino, 2015
Notes: "Last month, we learned that all four members of Franz Ferdinand had teamed up with Sparks, the culty, idiosyncratic ’70s group who served as an inspiration to them, to form a new band called FFS. Together, the six members of the supergroup have recorded a self-titled debut album that’ll be out later this spring. They recorded it in England, with indie rock sonics master John Congleton producing. There’s a song on the album called “Collaborations Don’t Work,” which is pretty funny. “Piss Off,” the song that ends the album, is a nervous and wiry but ornate pop song, bursting with off-kilter harmonies and melodic ideas. These guys seem to be having a blast playing together."
(@FFS_Music)

Hippo Campus
"Suicide Saturdays"
'Bashful Creatures' EP
self-released, 2014
Notes: "Barely out of high school, St. Paul's Hippo Campus made a splash at SXSW this year. Their indie-pop sound makes comparisons to Vampire Weekend inevitable, but their youthful enthusiasm will keep you coming back for more." We heard "Little Grace" from Hippo Campus back on Episode141.
(@TheHalocline)

Wishyunu
"Photoplay"
self-released, 2015
Notes: "Wishyunu (wish-u-new) is a drums/synth duo from Portland, OR. What began as a noise/improv project in 2k8 gradually morphed into a psych/pop outfit. Their sound is described as having a “late-night, sci-fi vibe with ambience as thick as fog” (Portland Mercury)... Their new 7” record, Photoplay, will be released on May 4th, 2015." More Pacific Northwest from KEXP and Audioasis this week!
(@Wishyunu)

St. Vincent
"Teenage Talk"
Loma Vista, 2015
Notes: "We previously reported that the new season of HBO's "Girls" would feature a new song from St. Vincent called "Teenage Talk". The song closed out this week's episode..." A rather
(@St_Vincent)

Sean Watkins
"Banks Of The Ohio" (w/ Fiona Apple)
self-released, 2015
Notes: "“Banks Of The Ohio,” a 19th century murder ballad made famous when Joan Baez covered it in 1961, follows a fairly standard narrative: Man loves woman, woman rejects marriage proposal, man murders the woman on the side of a river bank. It’s bleak, it’s grotesque, and it’s incredible that this kind of narrative songwriting is such an integral part of American folk culture. Nickel Creek’s Sean Watkins covered the song with his longtime friend Fiona Apple for a 7″ that is set to be released in April."
(@SeanCWatkins/#FionaApple)

Jackson Boone
"The Dolphin Turned Into A Cat"
'Natural Changes'
self-released, 2015
Notes: "[Portland's] Jackson Boone just wrapped up his very first tour, and will be playing a hometown show on May 3rd at Mississippi Studios. Keep an eye on his Bandcamp or Facebook page for possible Seattle shows. Boone’s sophomore release Natural Changes will be out this Summer on vinyl, CD, and cassette."
(#JacksonBoone)

James Pants
"Artificial Lover"
'Savage'
Stones Throw, 2015
Notes: "The record was composed solely via MIDI and a Yamaha Portasound PSS-480 and is an oblique homage to the Residents’ Commercial Album – a 14-track record made up of sonic vignettes that sounds as good on a stereo set-up in the Amazonian jungle as it does coming through laptop speakers." BTW, there's a great Stones Throw doc streaming on Netflix.
(@SirJamesPants)

Drew Holcomb & The Neighbors
"Here We Go"
'Medicine'
Magnolia Music, 2015
Notes: "Memphis-born, Nashville-based singer, songwriter and guitarist Drew Holcomb has made a career out of relentless touring and placements in recognizable television sitcoms and commercials. A fiercely independent musician, Holcomb has released four of his most recent albums, including Medicine, on his own imprint, Magnolia Music. Here on his seventh studio album, Holcomb and his revolving collective of bandmates in The Neighbors combine those experiences of pragmatism and idealism, crafting a brand of country-tinged folk pop that balances artistic integrity with measured commerciality."
(@DrewHolcomb)

Lilac
"Secrets"
'Dream Journal' EP
self-released, 2015
Notes: "This week, [KEXP is] featuring new local songs as selected by Audioasis host DJ Sharlese. Sharlese’s pick for today is “Secrets” by Lilac from her 2015 self-released Dream Journal EP. Says Sharlese… "I came across Lilac because of her music video for “Secrets.” It was done by Aashish Gadani, who is part of the Seattle visual artists duo called Coldbrew Collective.""
(#Lilac)

Botzy
"Never Forget"
'Still Not Dead Yet'
Polkadot Mayhem, 2015
Notes: "Any fan following the career of Minneapolis ­based BOTZY could easily offer evidence that the indie hustle is still very much alive and well... Along side building his undeniable catalog, BOTZY's live performance has been crafted by sharing the stage with the likes of Macklemore, Nappy Roots, Mark Mallman, K. Flay and a unique blend of other notable artists and bands."
(@BuckFotzy)

IG88
"Submerged" (w/ Jenni Potts)
'Hiding In My Hands'
self-released, 2015
Notes: "Branden Clarke is IG88. He’s a wonderful up-and-coming producer who has recently worked with Shaprece on her EP, Molting... Each year on his birthday, Branden gives away a new song, and this year he released “Submerged”..." We heard Seattle's IG88 two years ago on Episode062.
(@IG88music)

****************************************
♬@PumpUpThaVolume Music News♬:
#AlbumOfTheWeek: Tyler, The Creator (@FuckTyler) - 'Cherry Bomb'
Metallica Sued Napster 15 Years Ago This Week
Death Cab for Cutie's @dcfc Ben Gibbard: Tidal "Is Going to Fail Miserably"
Steve Albini Weighs In On Tidal Debate
Jay Z and Jack White have been personally calling Tidal subscribers to thank them for using the service
Johnny Kemp, "Just Got Paid" singer, dead at 55
Listen to @prefuse73's new track "Ages And Ages Upon You"
Hear @Franz_Ferdinand & @sparksofficial's new collaborative track as FFS "Johnny Delusional"
Hear @timkasher's gracefully floating story-song "Half Full" from his split with @chrisfarren
#SOMF15 is upon us! We got @kimbramusic + @RadiationCity @ @CrystalPortland
A few seconds of beautiful noise from @FaithNoMore last night at the @KellerAud in #Portland...
Check out photos from @FaithNoMore's comeback tour stop in Portland last night
Music Documentary: 'Our #Vinyl Weighs a Ton: This is @StonesThrow Records'
@RunJewels share new song “#BustNoMoves” for #RecordStoreDay
Headed to #Coachella this weekend? Keep an eye and ear out for these 40 things we loved from Weekend One