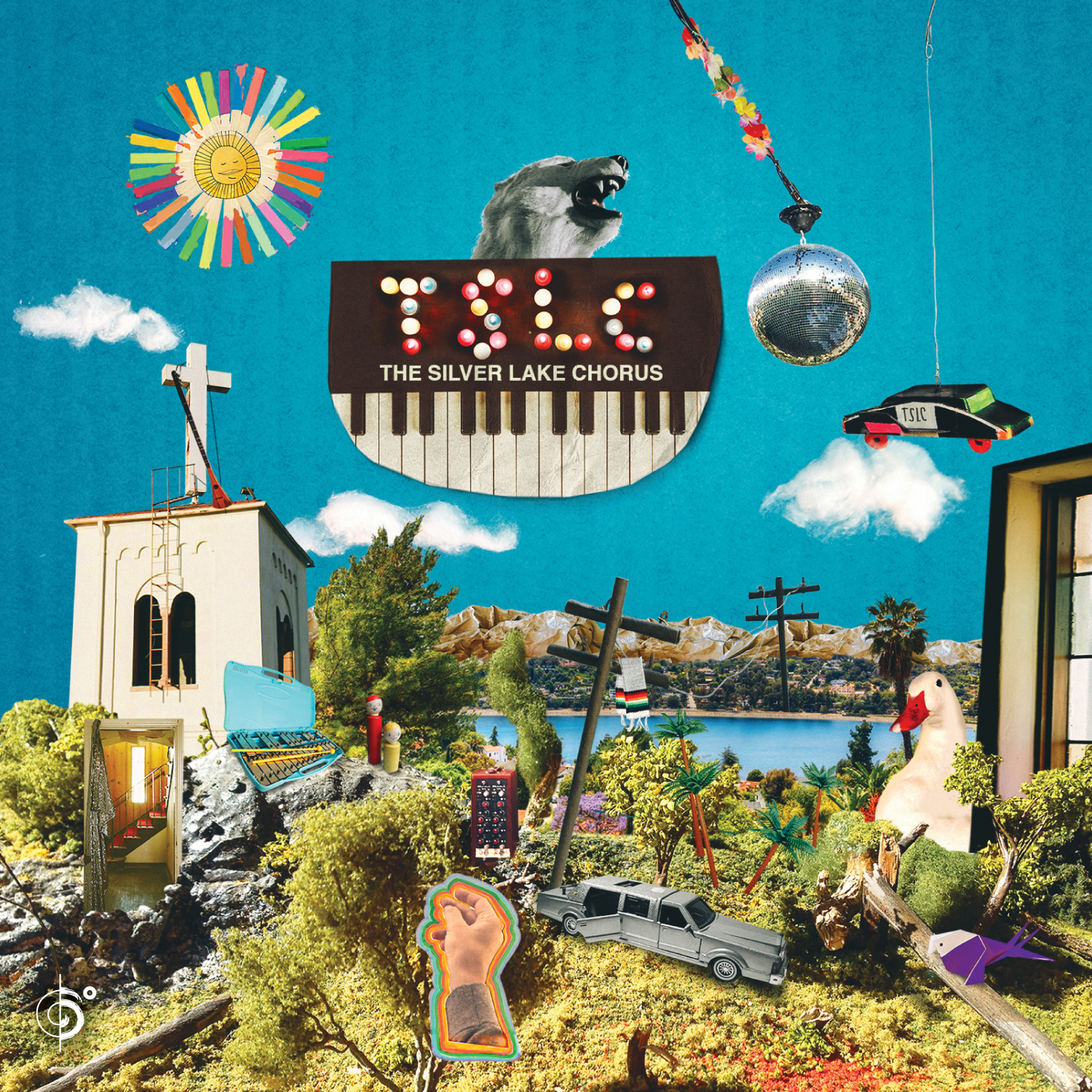 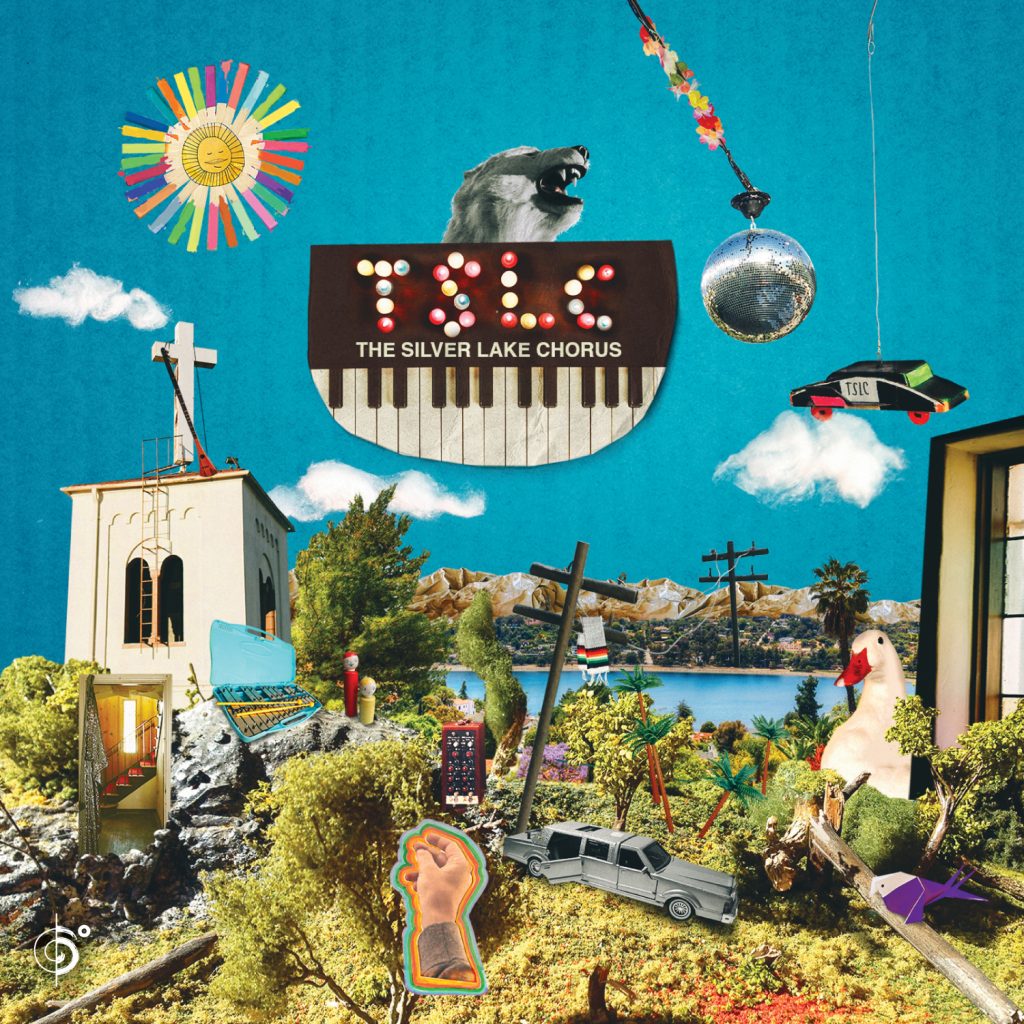 FFS
"Call Girl"
'FFS'
Domino, 2015
Notes: "FFS is the supergroup team-up of Franz Ferdinand — all four members — and the influential ’70s studio-pop weirdos Sparks... these guys have all found the same playful, cheeky power-pop wavelength... “Call Girl” isn’t about prostitutes; it’s about a girl not calling. It has some zippy harmonies and a truly strange synth figure, and it’s a lot of fun." We heard "Piss Off" a few weeks ago from FFS on PUTV.
(@FFS_Music)

Beck
"Dreams"
Fonograf/Capitol, 2015
Notes: "Last year, after Beck released his somber and lovely comeback album Morning Phase (which controversially won the Album Of The Year Grammy) there was word that he was readying another album more in the funky party-music vein... “Dreams” is a big, slick number that throws Beck’s voice over some liquid disco-funk guitars and a high-stepping stadium-rock drum beat. It might be the most straight-up, unashamedly pop song the man has ever written, even if it does go through some ambitious changes. And if it sounds a bit like MGMT’s “Electric Feel,” that’s not a coincidence." It's Mr. Hansen's fourth time on the show.
(@Beck)

Joss Stone
"Molly Town"
'Water For Your Soul'
Stone'd, 2015
Notes: "R&B songstress Joss Stone has a new album on the horizon -- Water for Your Soul, and with a new record comes explorations of new sounds, including the track "Molly Town," which features a reggae vibe."
(@JossStone)

Kaleida
"Think"
'Think' EP
Lex, 2015
Notes: "KALEIDA is the rare female-fronted electropop outfit that also has a woman working behind the scenes: Christina Wood provides vocals and lyrics, while her partner Cicely Goulder creates the luxurious electronics that back her. The pair have already scored a placement on the soundtrack to Keanu Reeves’s shoot-em-up epic John Wick and made it to number two on the Russian iTunes charts." And they were just opening up for Alt-J...
(@KaleidaMusik)

Low
"No Comprende"
'Ones and Sixes'
Sub Pop, 2015
Notes: "Duluth, Minnesota indie rockers Low will return with a new album, Ones and Sixes, on September 11th. Due out through Sub Pop, the 12-track LP marks the band’s 11th to date. While Jeff Tweedy helped produce its predecessor, 2013’s The Invisible Way, the upcoming record was co-produced by the band and engineer BJ Burton at Justin Vernon’s April Base Studios in Eau Claire, Wisconsin." It's Low's forth time on PUTV but first in two years.
(@LowTheBand)

Holly Miranda
"Mark My Words"
'Holly Miranda'
Dangerbird, 2015
Notes: "An active participant in the music scene since she was 16, [Detroit's] Miranda has spent half her life on the road with acts including Tegan and Sara, Florence and the Machine, and the xx; more recently, played guitar with Karen O on her Crush Songs tour. “Mark My Words” comes from her self-titled third album, which she describes as “the most honest thing I’ve ever made; it’s very raw and is a contrast to what I’ve done in the past.”" We heard Holly Miranda's fantastic song "All I Want Is To Be Your Girl" a few weeks ago on Episode159.
(@HollyMiranda)

Chemical Brothers
"Under Neon Lights" (w/ St. Vincent)
'Born In The Echoes'
Astralwerks, 2015
Notes: "The Chemical Brothers‘ new album Born in the Echoes is packed with collaborators, from Beck and Cate Le Bon to Ali Love and Q-Tip. After unveiling ‘Sometimes I Feel So Deserted’ and the Q-Tip number ‘Go’ – which comes with a video directed by Michel Gondry – the Brothers have unveiled their collaboration with art-pop genius St. Vincent... With Ed Simons having retired from live outings, Tom Rowlands will be headlining the Other Stage at Glastonbury this weekend with assistance from Adam Smith, the band’s longtime visual collaborator."
(@ChemBros/@St_Vincent)

Jimmy Somerville
"Freak"
'Homage'
Membran /The Orchard, 2015
Notes: "The euphoria and grandeur of disco have played a pivotal role in the music of Jimmy Somerville throughout the openly gay British singer’s thirty-year career. The inimitable voice of Bronski Beat and The Communards, as well as a highly successful solo artist... “Freak” comes from Somerville’s latest album, Homage, a collection of original disco songs in the classic style."
(@JimmySomerville)

Slayer
"Repentless"
'Repentless'
Nuclear Blast, 2015
Notes: "Although Slayer’s highly anticipated 11th studio album, Repentless, won’t be out until Sept. 11, you can treat your ears to the album’s title track right now... the song is classic Slayer with some really interesting vocal and instrumental work fired off at a frantic pace... Kerry King has referred to “Repentless” as Slayer’s official “HanneAnthem” in tribute of the thrash icon."
(@Slayer)

Jet Trash
"Baby C'mon"
'Jet Trash' EP
Wiener/Burger, 2015
Notes: "Jet Trash took their name from a line in a Tom Waits song though they have very little in common with him sonically. The San Francisco quartet have arrived with a gleefully relentless rush of a song that should kick off every single one of your summer road trip mixes. With “Baby C’mon,” Jet Trash pays homage to their garage rock forebears (and contemporaries), but they imbue the track with enough of their own style and swagger to guarantee your undying devotion."
(@JetTrashBand)

Dust Moth
"Casual Friends"
'Dragon Mouth' EP
Mylene Sheath, 2014
Notes: "Featuring current and former members of Seattle bands These Arms Are Snakes, Minus the Bear, and XVIII Individual Eyes, Seattle quintet Dust Moth fashions songs that are lush with atmosphere yet deceptively heavy, topped by the haunting vocals of frontwoman Irene Barbaric. Inspired by “all of the beautiful, weird strangers and acquaintances” who pass through Barbaric’s life, “Casual Friends” stands out as one of the highpoints on the band’s 2014 debut EP, Dragon Mouth. “The song is about the ones you keep and keep you in return – particularly the ones you knew you loved from the very beginning,” says Barbaric."
(@DustMothBand)

This week's B-sides: Róisín Murphy and The Very Best

****************************************
♬@PumpUpThaVolume Music News♬:
#AlbumOfTheWeek: Wolf Alice (@WolfAliceMusic) - 'My Love Is Cool'
New @BeaccchHoussse single "Sparks" is out next week
Watch a trailer for @DamonAlbarn's new Alice In Wonderland musical
@JanetJackson's first new song in 7yrs sounds classic
The Chemical Brothers' (@ChemBros) landmark debut Exit Planet Dust is 20 today
This song is a good sync for the flying cat
Kitty Takes A Ride
Study reveals that heavy metal music calms you down
Watch Florence + The Machine cover @foofighters while filling in for them at @GlastoFest
Kanye gets stage crashed at #Glasto2015
BBC captioner for #Glasto2015 writes what we're all thinking?
Morrissey performs "Kiss Me A Lot" on Tonight Show