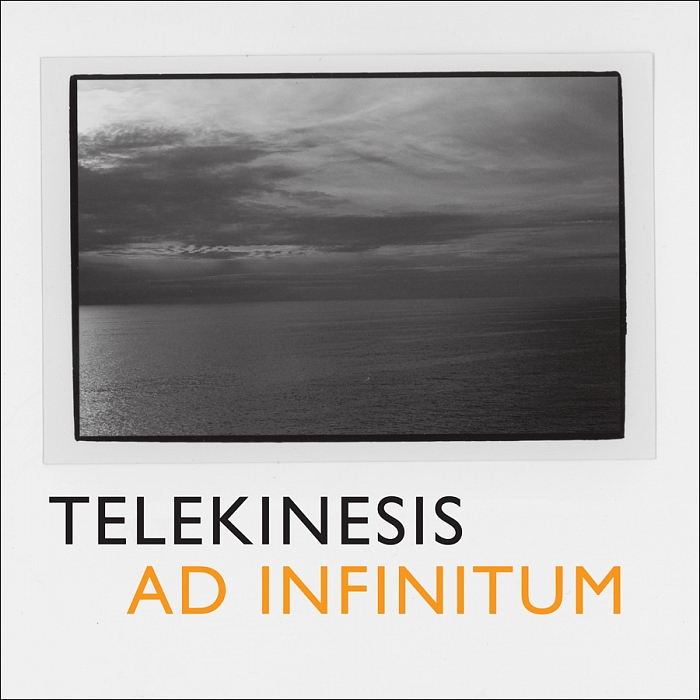 @PumpUpThaVolume: Episode168 – In A Future World

The Arcs
"Outta My Mind"
'Yours, Dreamily'
Nonesuch, 2015
Notes: "Dan Auerbach’s one-off 7-inch side project the Arcs has transformed into a full-fledged Black Keys side project with a new full-length [due in September]. (Maybe he’s turning his attention elsewhere while Patrick Carney recovers from his injury-by-wave?) We’ve already heard the boxing-themed “Stay In My Corner,” and now the group has shared “Outta My Mind,” another blues-rock number with some psych flourishes thrown in this time... released as a 7-inch on its own on 7/7."
(@TheArcs)

Veruca Salt
"Laughing In the Sugar Bowl"
'Ghost Notes'
El Camino, 2015
Notes: "The original Veruca Salt lineup hasn’t released a full-length together since 1997’s Eight Arms To Hold You, but the band’s sonic legacy echoes and rebounds through the music of their studied fans... but now the members behind Veruca Salt’s formative early works (Nina Gordon, Louise Post, Steve Lack, and Jim Shapiro) are slated to release a reunion LP titled Ghost Notes, which they put together with money raised from PledgeMusic. They recorded it alongside Brad Wood, who worked on their debut, American Thighs. “Laughing In The Sugar Bowl” is the first single off of Ghost Notes..."
(@VerucaSalt)

Bad Bad Hats
"Shame"
'Psychic Reader'
Afternoon, 2015
Notes: "On July 17, Minneapolis-based and thestand4rd-approved indie rock trio Bad Bad Hats...deliver[ed] their debut record Psychic Reader. To lead the way, the group has shared "Shame." A gritty two-and-a-half minutes of wobbly bass, wailing guitar, and front woman Kerry Alexander's slinky vocals, it is a blast—and there is more like this to come. "The songs on Psychic Reader revolve around anxiety and a replaying or rewriting of the past," they told The FADER. "'Shame' best embodies this nervous energy—there's something unhinged about it.""
(@BadBadHats)

Kid Wave
"Wonderlust"
'Wonderlust'
Heavenly/PIAS, 2015
Notes: "It’s hard to believe that ‘Wonderlust’, the debut album from London-via-Sweden four-piece Kid Wave, was recorded in the depths of a dark English winter. A bright, shimmering album right from the get go, Kid Wave proceed to explore the worlds of ‘90s indie rock, shoegaze and dream pop over the course of eleven tracks that are full of youthful yearning and glistening guitar lines."
(@KidWaveMusic)

Jr Jr
"Gone"
'Jr Jr'
Warner Bros., 2015
Notes: "Here's one you didn't see coming: [Detroit's] Dale Earnhardt Jr. Jr. has changed its name to JR JR... Members Joshua Epstein and Daniel Zott shared the name change news from their social media pages. In a lengthy post, the band formerly known as Dale Earnhardt Jr. Jr. started with some background -- a supportive letter from NASCAR legend Dale Earnhardt Jr., who wrote in 2011 that "I thought it was clever and I personally have no problem with your band's name. You will not hear from any lawyers on our end should you choose to keep the name.""
(@JrJrMusic )

Langhorne Slim & The Law
"Strangers"
'The Spirit Moves'
Dualtone, 2015
Notes: "A longtime darling of the singer-songwriter world, Langhorne Slim has released five full-length records since 2004. His fifth LP and his second with backing group The Law, The Spirit Moves is due out August 7 on Dualtone Records. Billed as a bold, risky tribute to both life and vulnerability, the record finds Slim letting his freak flag fly high... the first single off Spirit. “Strangers” is full of sun and wonder, perfect..."
(@LanghorneSlim)

Widowspeak
"All Yours"
'All Yours'
Captured Tracks, 2015
Notes: "[Chicago/Tacoma] duo Widowspeak - real name Molly Hamilton and Robert Earl Thomas - have developed a reputation for creating slow-burning, indie pop par excellence. Akin to Low's more fragrant moments, or even a more distinct, mannered Beach Fossils, the duo have released a string of impressive singles and acclaimed albums. New album 'All Yours' will be released on September 4th... Amidst a simple acoustic strum and some gossamer notes, Molly Hamilton's voice unfurls with a rare grace."
(@Widowspeaking)

Public Enemy
"Man Plans God Laughs"
'Man Plans God Laughs'
SPITdigital, 2015
Notes: "If there ever was a time for new music from Public Enemy, this is it. The revolutionary hip-hop band returns revitalized on its streamlined but emphatic 13th record, speaking directly to the issues of a divided and bloodied America."
(@PublicEnemyFTP)

Dâm-Funk
"We Continue"
'Invite The Light'
Stones Throw, 2015
Notes: "LA-based funk sovereign Damon Riddick (bka Dâm-Funk) hasn’t dropped a bona fide full-length solo release since 2009’s Toeachizown, so today’s announcement that he will drop the 20-track deep Invite The Light in September is welcome news... and the record boasts an impressive lineup of contributors, including Ariel Pink, Q-Tip, Snoop Dogg, Nite Jewel, the father-son duo of Leon Sylvers III and IV, Kid Sister, and Junie Morrison of the Ohio Players. “We Continue” is the first optimistic single that rides on the choral line: “Don’t you ever stop, we continue/ Don’t you ever quit, we continue.”"
(@DaMFunK)

Jason Isbell
"24 Frames"
'Something More Than Free'
Southeastern, 2015
Notes: "Jason Isbell has the best backstory of any country musician on the make right now. The former guitarist for Athens’ sweethearts Drive-By Truckers split from the group, got sober, and found country-avant producer David Cobb. Together, they polished Isbell’s sound into the gleaming thing it was on 2013’s Southeastern — an album that left most of the country critical world awestruck with its uncanny, precise songwriting. The follow-up to a near universally acclaimed album is always a steep road, and sometimes artists stumble in their attempt to top themselves. But from the sound of “24 Frames,” Isbell is fearless."
(@JasonIsbell)
Black Diet
"Fever"
'The Good One'
self-released, 2015
Notes: "Today's Song of the Day is "Fever" by local [MPLS] funk and soul outfit, Black Diet. Black Diet will celebrate the release of their new album, The Good One, with a show at First Ave tonight."
(@BlackDietBand)

Girls Names
"Reticence"
'Arms Around A Vision'
Tough Love, 2015
Notes: "Tough Love is building up a reputation as the UK’s noisiest label, and one that consistently puts out aggressive, cathartic, and exultant music. Girls Names were one of the decade-old label’s many incredible finds, a Belfast band who have churned out menacing post-punk and gloomy, jangling indie rock since as far back as 2011. Tough Love has been there nearly every step of the way for the group’s prolific past, and will be releasing the quartet’s third and most ambitious album Arms Around A Vision."
(@Girls_Names)

Willis Earl Beal
"Under You"
'Noctunes'
Tender Loving Empire, 2015
Notes: "Last August, Willis Earl Beal released Experiments in Time, an album which he called his “lo-fi symphony.” The soul singer will continue to stick with a minimalist aesthetic for his next LP, Noctunes. The 12-track effort was originally issued as a 300-copy “limited edition” release back in January, but will finally be made available everywhere on August 28th via Tender Loving Empire."
(@WillisEarlBeal)

Telekinesis
"In a Future World"
'Ad Infinitum'
Merge, 2015
Notes: "Save for a Wes Anderson tribute album and a Merge Records documentary, singer-songwriter Michael Benjamin Lerner has steered clear of the spotlight since his Dormarion LP in 2013. Lerner — who plays under the Telekinesis moniker — looks to be changing that this year, however, with the release of new album Ad Infinitum. His fourth full-length to date is expected to hit shelves on September 18th via Merge."
(@_Telekinesis)

****************************************
♬@PumpUpThaVolume Music News♬:
#AlbumOfTheWeek: On An On (@ItsOnAnOn) - 'And The Wave Has Two Sides'
@therealelp drops "Another Body" for F4
New songs this week from Future, Kurt Vile and Portland's @PureBathingCult
@JasonIsbell played the guitar Bob Dylan used to go electric 50 years ago today at Newport
Watch @arielxpink's full set with the Colorado Symphony at Red Rocks Amphitheater
"...you should hear me play piano." #morrissey at #edgefield