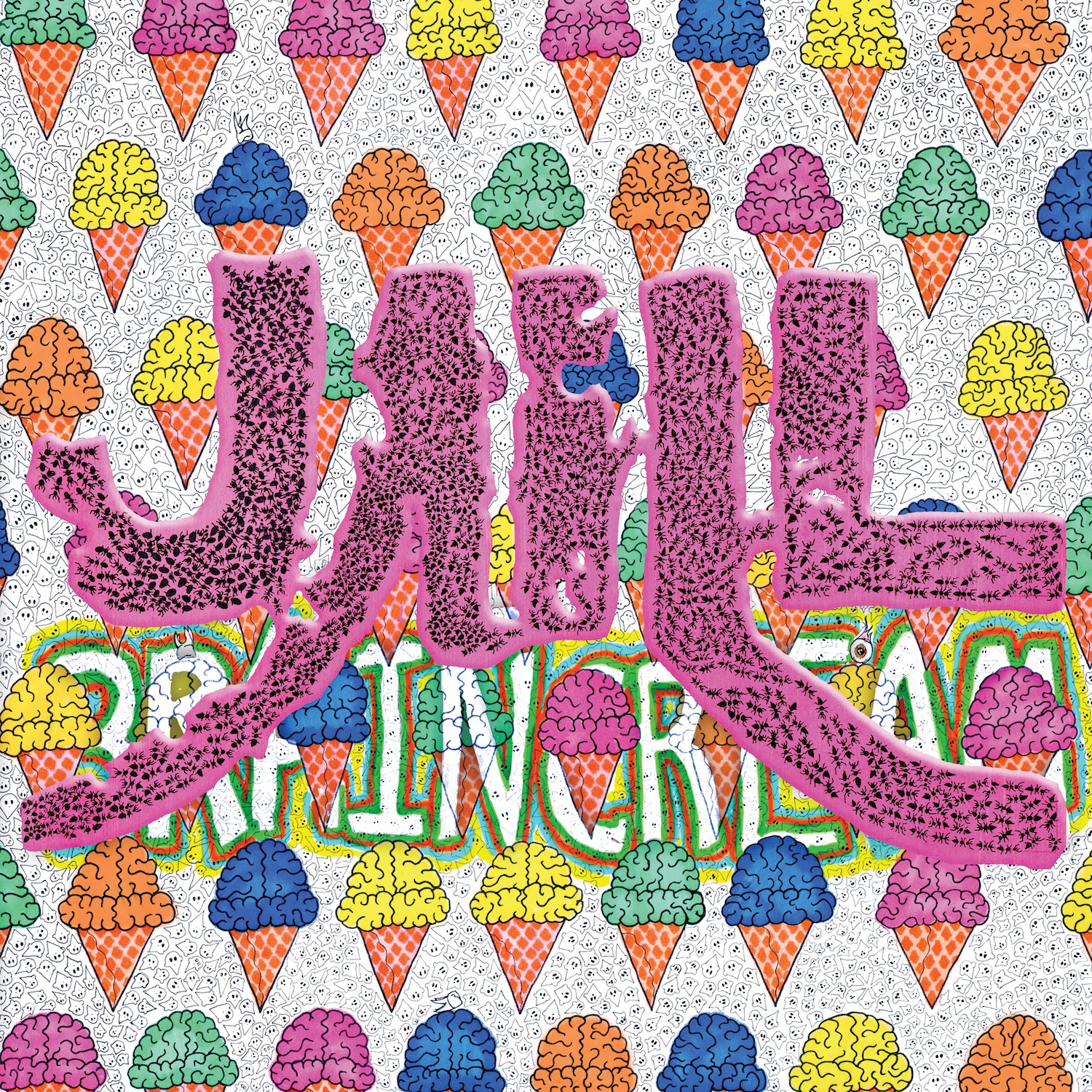 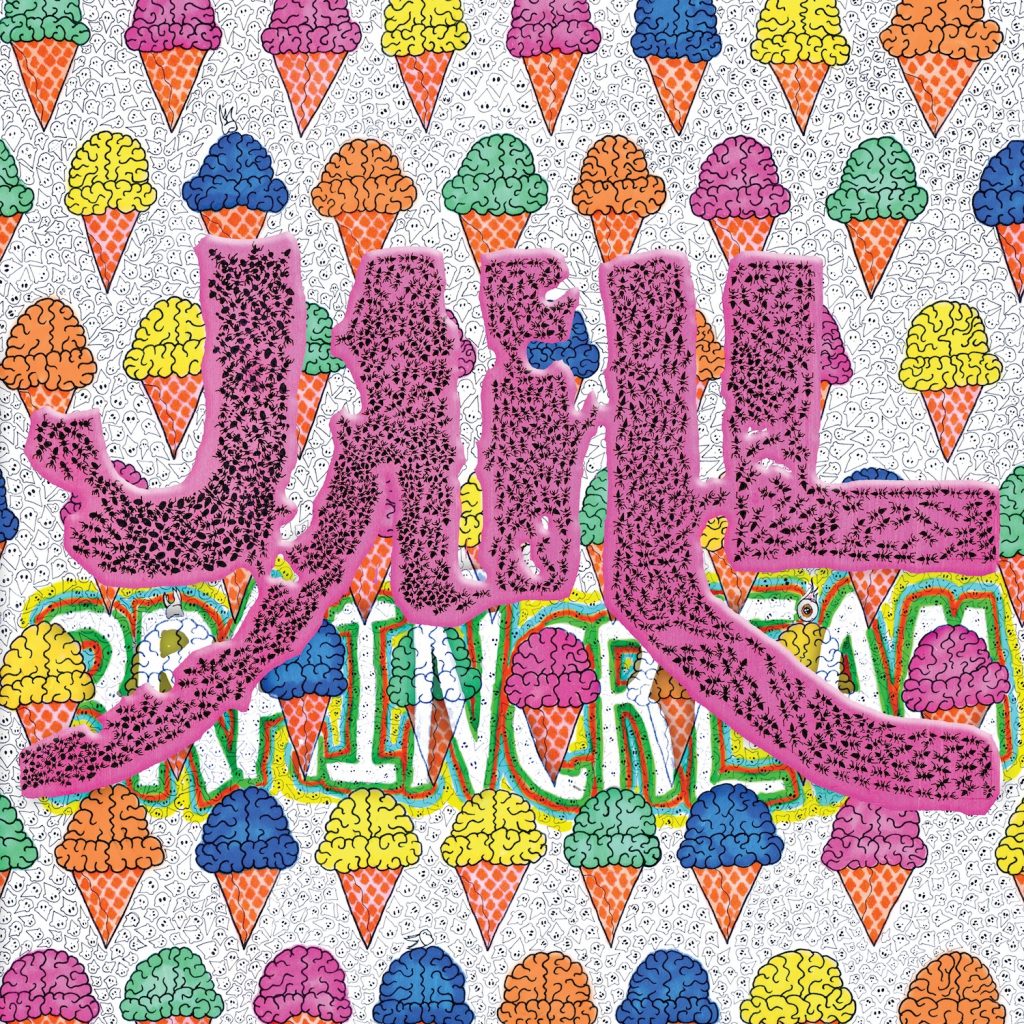 Previous: Episode168 - In A Future World

Wilco
"Random Name Generator"
'Star Wars'
dBPM/ANTI-, 2015
Notes: "[Chicago's] Wilco has taken all manner of strange turns in its 21 years, from alt-country stalwarts to noise-pop progressivists to its current incarnation as dad-rock standard bearers. Today the band took one of its strangest and most delightful twists to date, dropping a free full-length album on its fans called Star Wars... The 11-track, 33-minute record, whose cover is represented by a painting of a white cat, finds the band picking up more or less where it left off with 2011's The Whole Love... Anyway, that's what you should tell your dad when you text him to say that Wilco has a new album out and it's called Star Wars and has a cat on it."
(@Wilco)

Lees Of Memory
"Ain't No Changing Baby's Mind"
Velocity of Sound/Side One Dummy, 2015
Notes: "[Tennessee's] The Lees of Memory are back with two exclusive tracks! Listen up kids, Velocity of Sound isn't gonna sit here and mess around with adjectives describing how insanely great these new songs are. You know they're great and Velocity of Sound knows it. Hell, SideOneDummy knows it too!" It's John Davis of Superdrag's new band!
(@TheLeesOfMemory)

Screaming Females
"Wishing Well"
'Rose Mountain'
Don Giovanni, 2015
Notes: "In 2012, New Jersey punk trio Screaming Females released Ugly, one of the best straight-up guitar-rock albums I’ve heard this decade. Since then, there’s been a cassette EP and a live album and a furiously badass single, and now they’ve got a new 7″ single that... [preceded their new full-length, 'Rose Mountain'!]"
(@Screamales)

Teenage Time Killers
"Ode To Sean Hannity" (w/ Jello Biafra)/"Hung Out To Dry" (w/ Randy Blythe)
'Greatest Hits Vol. 1'
Rise Records, 2015
Notes: "Congratulations are in order for Teenage Time Killers, the massive, metallic brainchild of Corrosion of Conformity's Reed Mullin and My Ruin guitarist Mick Murphy... Three years ago, they set out on a mammoth mission to recruit their friends, contemporaries and tour-mates and forge The One Punk Album To Rule Them All. Of course Dave Grohl signed up; from Them Crooked Vultures to Sound City Players, the Foos frontman's got a veritable addiction to side projects. Jello Biafra, Lamb of God's Randy Blythe, Queens of the Stone Age's Nick Oliveri, Slipknot's Corey Taylor..."
(#TeenageTimeKillers)

Jaill
"Getaway"
'Brain Cream'
Burger, 2015
Notes: "The gleefully trashy Milwaukee psych-pop trio Jaill are about to return with a new album called Brain Cream, and we’ve already heard first single “Got An F.” They’ve now shared another one, a dizzy and joyous romp called “Getaway.” This is a band that sounds like it’s having fun at all times, and they know their way around a tune."
(@Jaill_)

Seapony
"Saw The Light"
'A Vision'
self-released, 2015
Notes: "Well the summer-ready singles just keep on coming. Within two years, Seapony had two summer-ready albums on Hardly Art, jangly, breezy, and robotic in a freindly way, given the smattering of vintage drum machines and synths. For whatever reasons, [Seattle's] Seapony swam off to an island somewhere, but are back with their first new album in three years. The self-released A Vision comes out July 31, and today the band let loose with the lofty single Saw The Light that shows no sign of rust. Bright and reverby, let it hold your hand on the way out the door into a perfect spring day."
(@SeaponyBand)

Happyness
"Montreal Rock Band Somewhere"
'Weird Little Birthday'
Weird Smiling, 2014
Notes: "The beginning of "Montreal Rock Band Somewhere" feels like a Gish or Siamese Dream outtake, with the circular nature of the bass-line, the heartfelt, reverb-y clean guitars, and the breath-y, low-in the mix vocals. Never really building to a climax, the drone-y nature of...[South London's] Happyness track serves them well, and the video, which is basically a tripped out visual of Jesus on loop..." The also dropped full-length debut, 'Weird Little Birthday' last summer, as well, and they're at Pickathon in Oregon this weekend! (In fact, that's where I'm rolling to after this!) We played some Happyness 13 months ago on Episode116.
(@HappynessMusic)

Homeless
"A Thousand Thousands" (w/ Big Cats & Eric Mayson)
'The Polar Bear Rug'
self-released, 2015
Notes: "Homeless (aka Ryan K) is an independent hip-hop artist from Minnesota, who started making music in 2006, after a short stint in the national spoken word and slam poetry scene." We heard Homeless three years ago this month back on Episode020!
(@HomelessRyanK)

Chemical Brothers
"Wide Open" (w/ Beck)
'Born In The Echoes'
Astralwerks, 2015
Notes: "The Beck collaboration from the Chemical Brothers’ new album is here... It’s way more chill than I expected — kind of a minimal electronic version of the Sea Change sound, or an entirely synth-driven Modern Guilt? Frankly, it doesn’t sound like a lot of other Beck songs, which is a hard thing to pull off at this point in history, and it’s not your average Chem Bros. track either."
(@ChemBros)

Bang Gang
"The Sin Is Near" (w/ BloodGroup)
'The Wolves Are Whispering'
Bangehf, 2015
Notes: "Press pause on your life and play on this new record by Reykjavik's Bang Gang, a.k.a. Bardi Johannsson. The Wolves Are Whispering is his first full length under this moniker in seven years. Most recently we covered Johannsson's collaboration with Air's Jean-Benoit Dunckel as Starwalker... featuring contributions from Helen Marnie (Ladytron), Keren Ann (Lady & Bird), Jofridur Akadottir (Samaris, Pascal Pinon) and Bloodgroup."
(@BangGangBand)

Count Counsellor
"Disco Dodo"
'Count Counsellor & The Childhood Heroes EP'
Quality Time, 2015
Notes: "Count Counsellor is a UK producer who specializes in a hazy, soulful sound that evokes “young Stevie Wonder” or “an illustrated film drawn by Maurice Sendak.”... he’s released a new song called “Disco Dodo,” full of the same glimmering grooves. It’s got the euphoria of a Skylar Spence track, but never kicks up into that kind of maximalism. Instead, it swirls like a dreamy fog descending upon a beach, floating in the mist somewhere between air and sea."
(@CountCounsellor)

Prom Queen
"Black Magic"
'Midnight Veil'
Tsurumi, 2014
Notes: "Celene Ramadan, songwriter and frontwoman of the dynamic Seattle four piece Prom Queen, is all about theatrics, but don’t let that fool you. Prom Queen’s music has all the substance and more to back up their lavish, retro style. Their song, “Black Magic”, crosses genre borders with a languid ease befit of its grandiose but laid back style."
(@PromQueenMusic)