@PumpUpThaVolume: Episode183 – Tougher Than The Rest 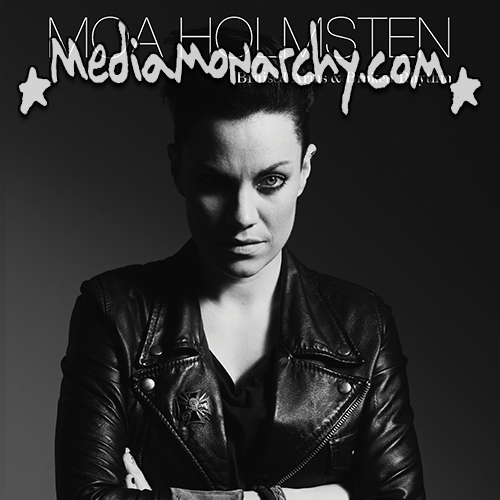 Episode183 - Tougher Than The Rest busts out hot new music by Monika, Grimes, Miguel, Moa Holmsten and The Gods Themselves...

Monika
"Secret In The Dark"
'Secret In The Dark'
Other Music, 2015
Notes: "Monika is a musical sensation in her native Greece, where she sold out shows and reached platinum status with her folk-pop records. But following a trip to Brooklyn’s iconic soul label Daptone Records, she’s taken on new territory for her third album Secret In The Dark, exploring the ’70s disco-pop era. Produced by the Dap-Kings’ Homer Steinweiss... “Secret In The Dark” is an authentic disco single to the max, nodding to the classics with an extremely funky bass line and operatic strings that were a staple to the genre."
(@MonikaMusica)

Grimes
"California"
'Art Angels'
4AD, 2015
Notes: "Four records into Claire Boucher’s career as Grimes, she decided it was time for a posse record. Facetiously explaining Art Angels to The Fader, she called it an album made by a “girl group” whose members are all versions of Grimes... She wrote songs for Rihanna, found herself inspired by “bro-art,” invented new metal-leaning alter egos, compared herself to Trent Reznor, and at one point scrapped all of her work for a follow-up album... The neutron-star density doesn’t really stop there. She sublimates mid-aughts Sheryl Crow and sped-up Eagles tapes into the fame-anxious “California” (sample downer lyric: “California / I didn’t think you’d end up treating me so bad”)..."
(@Grimezsz)

Miguel
"Leaves"
'Wildheart'
RCA, 2015
Notes: "It was stunning to me this morning to read that Miguel felt one of the songs on his most recent album, WILDHEART, was indebted enough to Smashing Pumpkins’ “1979” to give one William Corgan a writing credit on it... Not to say that Miguel actually rips off Kelly Clarkson (or songwriters Lukasz “Dr. Luke” Gottwald, Max Martin, and Claude Kelly) to the point of copyright infringement — though in a post-“Blurred Lines” world, of course, anything is possible — but it’s hard for me to believe anyone familiar with all of these songs could hear “Leaves” and be reminded of “1979” before “My Life Would Suck Without You”..."
(@Miguel)

Moa Holmsten
"Tougher Than The Rest"
'Bruised Arms & Broken Rhythm'
Fill In The Blank, 2015
Notes: "The Boss’ music has never sounded quite like this. In the hands of Swedish recording artist Moa Holmsten, Bruce Springsteen’s rollicking rock ’n’ roll storytelling is more barren and intimate without losing any of the original spirit. Holmsten will release her Springsteen cover album, Bruised Arms & Broken Rhythm, on November 20..."
(#MoaHolmsten)

The Gods Themselves
"Tangerines"
'Pink Noise'
self-released, 2015
Notes: "Taking their name from a 1972 Isaac Asimov’s sci-fi novel, Seattle trio The Gods Themselves bring a cosmic groove to their sound that’s out-of-this-world. Formed from the ashes of beloved garage-punk band Atomic Bride... following up 2014’s self-titled debut with their sophomore full-length Pink Noise, which came out just last month. Their latest was mixed by Steve Fisk, known for his work with Nirvana, Soundgarden, Low, and The Posies, to name a few. Appropriately enough for a band named for an Asimov novel, they say the fourth member of the band is space, itself."
(@TGodsT)