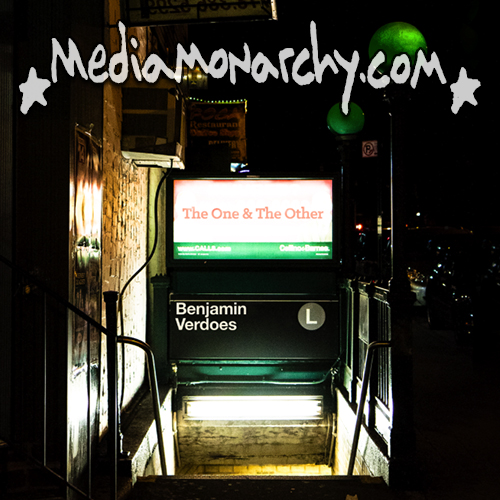 !!!
“Ooo”
‘As If’
Warp, 2015
Notes: “Despite popular perception, !!! never quite fit with the dance-punk explosion of the early-to-mid-’00s. While an endless procession of angular Gang of Four imitators came and went, !!! carved out a space for themselves as disco true believers, foregoing the calculated dourness of the ’80s for the joyous excesses of the decade prior… As If, !!!’s sixth studio album, is very much a reaction to that crisis of identity, a mostly successful attempt at re-establishing themselves as the premier suppliers of fun, kinetic, sprawling indie disco.” Let’s actually listen to last week’s #AlbumOfTheWeek as !!! (Chk Chk Chk, another personal favorite band) make their third appearance on PUTV.
(@ChkChkChk)

Merchandise
“Red Sun” (w/Dum Dum Girls)
Sub Pop, 2015
Notes: “Late-night moody romanticism is the tinder of both Merchandise and [NYC’s] Dum Dum Girls, so even with their slightly different styles, a smoldering collaboration between the two seems inevitable. On their respective sides of the gender divide, each group has fashioned their own romantic allure, drawing from new wave and post-punk predecessors, each with their own voice. Together, on “Red Sun”, a song written and conceived “after midnight” in the hot summer of Merchandise’s home, Tampa, Florida, Dee Dee Dum Dum and Carson Cox croon to each other, possessor and possessed, over such a slow-burning groove and woozy psych-tinged twang that you’ll be held captive in their scorching embrace.” It’s Merchandise’s first time on PUTV, but it’s the third for Dum Dum Girls – fourth if you count our ‘Best Of 2012’ mixtape!
(@wMerchandise/@DumDumGirls)

Eleanor Friedberger
“False Alphabet City”
Frenchkiss, 2015
Notes: “Eleanor Friedberger took time off from writing and recording her new album to appear in artist Sara Magenheimer’s film False Alphabets, that was made through SoHo gallery Recess Art. In it she played the central role of a radio DJ. Eleanor took Magenheimer’s script and used it as the basis for songs, the first of which — “False Alphabet City” — is out now and it’s her first release for new label home, Frenchkiss. (She was on Merge before.)” We’ve heard Eleanor twice before on PUTV, once on ep062 and then she had the “Stare At The Sun” title track for ep072.
(@EleanorOnly)

Benjamin Verdoes
“Highly Emotional”
‘The One & The Other’ EP
Brick Lane, 2015
Notes: “Former Seattleite, one half of Iska Dhaaf, Somali-speaking, Walt Whitman-loving Benjamin Verdoes has grown immensely as an artist but especially as a producer over the years and never has it shown more than on his latest EP. “Highly Emotional” is just one of the stand-out tracks that expresses a darker, spacier sound than Verdoes has ever done, moving him farther away from the Death Cab for Cutie comparisons he got for 2014’s The Evil Eye and towards electronic producers such as SOHN, Son Lux, and How To Dress Well. It’s an exciting departure for the former leader of the social media adept Mt. St. Helen’s Vietnam Band.“
(@BenjaminVerdoes)

Don’t miss the Spotify playlist for each and every episode – it’s got all the new music we can’t fit here!

(Thanks again to our #SongOfTheDay sources at @KEXP, @KCRW, @KUTX, KPSU, @TheKeyXPN, @TheCurrent, @MagnetMagazine and more. Thanks to @TwilightCircus1 for the bed music – and thank you for listening!)