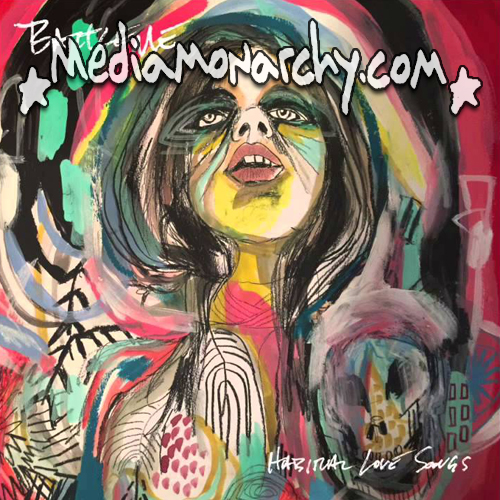 **************
♬Liner Notes♬: Another slab of the hottest new music around for the chilly holiday times and BTW: you know we're livestreaming music every weekday at noon PT, too, right?

Sun Club
"Tropicoller Lease"
'The Dongo Durango'
ATO/PIAS, 2015
Notes: "Baltimore band Sun Club bring their vibrant energy to their deconstructed pop, shining brightly among all the new bands out there. The Dongo Durango may be their debut full-length, but these young musicians have been working towards this for nearly a decade... the young band began to hone their craft, releasing a 7” single and an EP before heading to an old warehouse space just outside of Baltimore to record their first full-length. Collaborator and producer Steven Wright recorded the band live in an attempt to harness their amazing raw energy, which shines as brightly as a… well, you know."
(@SunClubBand)

Fat Freddy's Drop
"Razor"
'BAYS'
The Drop, 2015
Notes: "The Kiwi dub troupe have been performing and recording together for more than 15 years, establishing themselves as one of New Zealand's most internationally successful acts. [4th LP] BAYS follows on from 2013's Blackbird LP and continues their journey "through a hybrid of reggae, jazz with techno rhythms."" We first heard FFD a couple summers ago on ep071. They also had another new track two weeks ago on the longer Spotify playlist for ep185.
(@FatFreddysDrop1)

Elliot Moss
"Best Light"
'Highspeeds'
Grand Jury, 2015
Notes: "At only 21 years old, Elliot Moss is already doing big things. This singer, songwriter and producer from New York [released] his debut album, Highspeeds... He’s built quite a large fanbase already and has been touring all over the U.S. opening for Cold War Kids."
(@ElliotMossMusic)

High Highs
"Cascades"
'Cascades'
PIAS, 2016
Notes: "When we last heard from electro-acoustic pop duo High Highs two years ago, they were covering College’s Drive soundtrack gem “A Real Hero.” Since then they’ve opened for Vampire Weekend and Sky Ferreira and relocated from Sydney to Brooklyn, and now they’re back to making high quality originals a la “In A Dream.” Cascades, the album [NYC-via-Sydney duo] Jack Milas and Oli Chang will release early next year, is preceded by its title track today, a gorgeous arpeggiated shimmer that puts many of its ’80s-movie-soundtrack-reminiscent competitors to shame." We first played the High Highs waay back on ep004, over three and half years ago!
(@HighHighs)

Battleme
"Shake Shake"
'Habitual Love Songs'
El Camino, 2016
Notes: "After nearly a year on the road, Portland project Battleme return with their third full-length, Habitual Love Songs, bringing more of their ’70s-inspired gritty rock sound... frontman and primary songwriter, Matt Drenik tells Billboard, “I wanted something that felt heavy, both lyrically and musically, and encompassed the idea of touring for a year.”" We played Battleme almost two years ago on ep093.
(@Battleme)